A Bitter Feud Over The Meaning of Sex 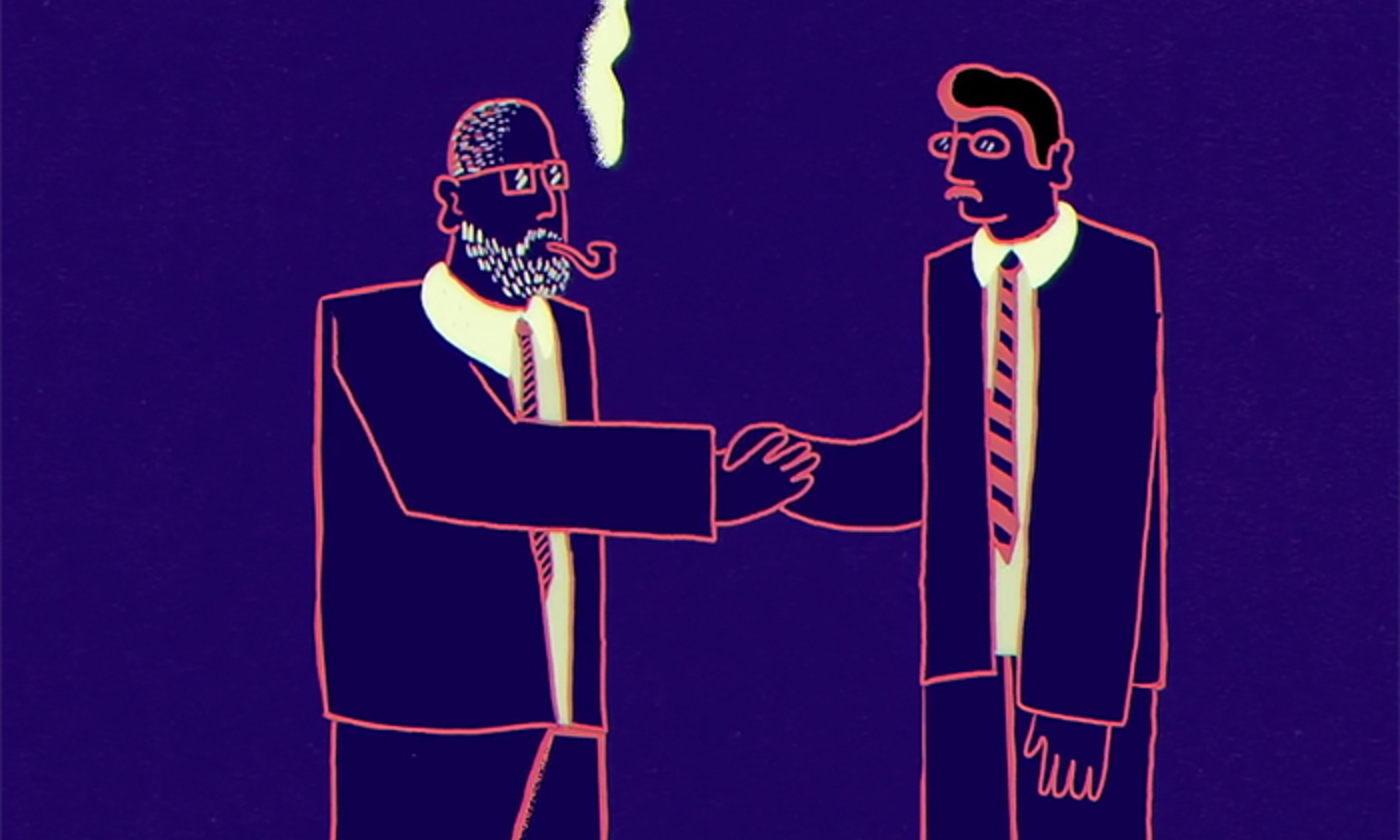 On 27 February 1907, at Berggasse 19 in Vienna, Sigmund Freud fell in love. The object of his affection was Carl Gustav Jung: 19 years younger than Freud, the young psychiatrist was already the clinical director of the prestigious Burghölzli Hospital and a professor at the University of Zurich. Jung had gained international recognition for his invention of the word-association test, and his practice was renowned for its gentle incisiveness. But when Jung read Freud’s The Interpretation of Dreams (1900), he was startled by Freud’s theory, and decided to go to talk with the man himself. And talk they did: for 13 hours, they plumbed the depths of the unconscious, the methods of psychoanalysis, and the analysis of dreams.

Freud was hugely impressed by Jung’s intellect, but his desire to sweep Jung into the psychoanalytic world was also politically motivated. As an intellectual movement, early psychoanalysis resembled a political party – perhaps even a nascent religion – with Freud as its immoveable centre. He called the expansion of psychoanalysis ‘the Cause’, to be furthered by converting mainstream psychiatrists and ruthlessly expelling wayward epigones, such as Wilhelm Stekel, who had once called Freud ‘my Christ’. Within the Freudian circle, ideas could be honestly criticised, but, as he told Lou Andreas-Salomé, ‘one must hold on to the homogeneity of the core, otherwise it is something else’.

Philosophy Feuds: Freud vs Jung from Aeon Video on Vimeo.

In Freud’s mind, the greatest obstacle faced by ‘the Cause’ was anti-Semitism. Freud himself was an atheistic Jew, and all of the analysts who huddled together in Freud’s living room to found the Wednesday Psychological Society (the world’s first psychoanalytic association) were Jews. Freud feared that psychoanalysis would become so associated with Judaism that it would never catch on in mainstream science. ‘Our Aryan comrades are,’ he wrote to a friend, ‘quite indispensable to us; otherwise, psychoanalysis would fall victim to anti-Semitism.’ So Jung was everything Freud could hope for: talented, public-minded, a scion of the scientific establishment – and, above all, born without a drop of Jewish blood in his Swiss Protestant veins. ‘Only his appearance,’ Freud confided, ‘has saved psychoanalysis from the danger of being a Jewish national concern.’

If Freud found in Jung a gentile dauphin, what did Jung see in Freud? The son of a dreary pastor, Jung’s roving imagination could not easily be contained – certainly not within the strictures of mainstream psychiatry. He was, like so many early psychoanalysts, an eccentric – happiest on the margins of respectability. He might at times have considered himself a reincarnation of Goethe (due to a spurious ancestral connection to the poet); he always remembered a waking dream he had at age 12 in which God shat upon Basel Cathedral; and his voracious reading habits were as irregular as the course of a lightning bolt. When Jung read The Interpretation of Dreams, he found in Freud’s ideas new vistas for his restless mind – for a time.

Jung’s first gift to Freud predated their meeting. In 1906, Jung had applied his word-association test to Freud’s theory of free association, a crucial tool in exhuming repressed memories. This was among the first observational tests of psychoanalysis, and Freud was thrilled at the empirical, scientific support it gave to his theories. Freud always maintained that psychoanalysis was a science (there is some evidence that he could have even considered himself a kind of logical positivist, as odd as that might seem today). Though speculation launched psychoanalysis, he was certain it would land upon rock-solid evidence. Jung provided a part of that. So it is not hard to see why Freud loved him, as tinged as that love was with narcissism.

After Jung left Vienna, he wrote to Freud that their meeting was an ‘event in the fullest meaning of the word’. For the next several years their correspondence took on the saccharine affections of smitten and jealous lovers. Jung announced his ‘religious crush’ for Freud, and Freud in turn wrote that ‘your person has filled me with confidence in the future’. This devotion took a filial form: Freud the father, Jung the son. Perhaps at times it had a hint of the homoerotic. Freud soon installed Jung as the first president of the International Psychoanalytical Association, which by 1910 encompassed psychoanalysts in Vienna, Zurich, Berlin, London and even a few in the United States (the vast majority of whom were Jewish, with the notable exception of the Welshman Ernest Jones). Jung was now the official heir to Freud, who was delighted that the future of psychoanalysis seemed, at last, certain.

The Viennese followers were not so sure. The election of Jung as president, with his Swiss circle in tow, threatened to fracture the Association. And, worse, a close friend of Freud’s, Alfred Adler, had slowly come to challenge ‘the core’ of psychoanalysis. With Jung’s help, Freud vanquished the Adlerians and consolidated his hold over the movement. Yet Jung’s loyalty to Freud would not hold for long.

In Jung’s recollection, the first crack emerged on their trip to the US in 1909, when they both delivered well-received lectures at Clark University in Massachusetts. Freud, who had the extraordinarily trying habit of analysing pretty much everyone he met to their face, announced that he would no longer like to be analysed himself. It would weaken his authority, he said. And at this point, Jung began to chafe at Freud’s domination.

Then there was a deeper, philosophical reason for their coming schism. Most of the psychoanalysts who fell out with Freud did so over the subject of sex. In his theory of the libido, Freud was convinced that he had found the universal engine of all human desire and achievement – whether personal, cultural or civilisational. All of this, he argued, stems ultimately from sexuality. Psychoanalysis rests upon this theory of the libido, so to jettison it is to do away with the whole thing. Jung had, from the very beginning, misgivings about whether sex was the only source of such energies and drives. Freud hoped this resistance would be scrubbed away.

It couldn’t. Freud feared as much from the beginning of their relationship: he thought that the Christian son of a pastor might never be quite cleansed of his attraction to the mystical – at least not to the same extent as a godless Jew. At the heart of their break was what weight to give to the ethereal, the psychical, the occultic, the unverifiable. For Freud, these diversions could ultimately be reduced to the libido, that is, to the sex drive. For Jung, they must be taken seriously and not explained away.

By 1912, the cleft between the two men was widening. When they turned their gazes simultaneously to religion, it was enough to finish things off. Freud would end up producing Totem and Taboo (1913), which located the emergence of religion (and, indeed, culture itself) in the Oedipal complex. Jung, publishing a little before, offered a sweeping, chaotic argument that contained the seeds of the ideas for which he later became famous: the collective unconscious, archetypes, and – fatally for their relationship – a reconceptualisation of the libido as a sort of ‘mental energy’.

The demise of the friendship was extraordinarily vicious. Freud and Jung rarely spoke to each other again after what could only have been a severely awkward conference they both attended in Munich in 1913. The break, of course, has had a rippling legacy. Just as Freud sought to control psychoanalysis like a party leader, so too did Jung maintain an iron grip on what he came to call analytical psychology – indeed, it could be said that Jungian psychology became even more cultish than its Freudian precursor.

Though often charged to be prophets, not least by their own followers, neither Freud nor Jung founded new religions. They were not cult leaders, but imperious pioneers of the unconscious. There were both political and intellectual reasons that they needed one another in the early, heady days of discovery. For what they were seeking to illuminate was deeply strange, even if today it is an idea that has the worn familiarity of a cliché. The implication of the theory of the unconscious, as Richard Rorty once noted, is that there is something in us like another person that has just as good a claim to be ‘us’ as our conscious minds. Perhaps the intense oddness of the friendship between the two men reflects just how startling this idea was, and remains. 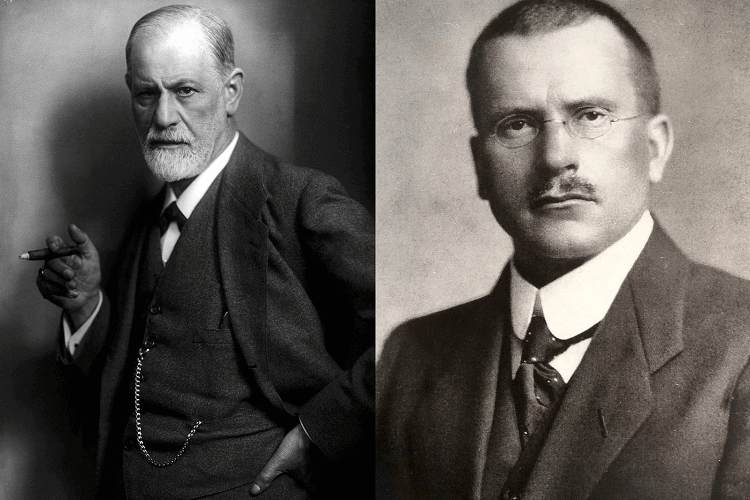