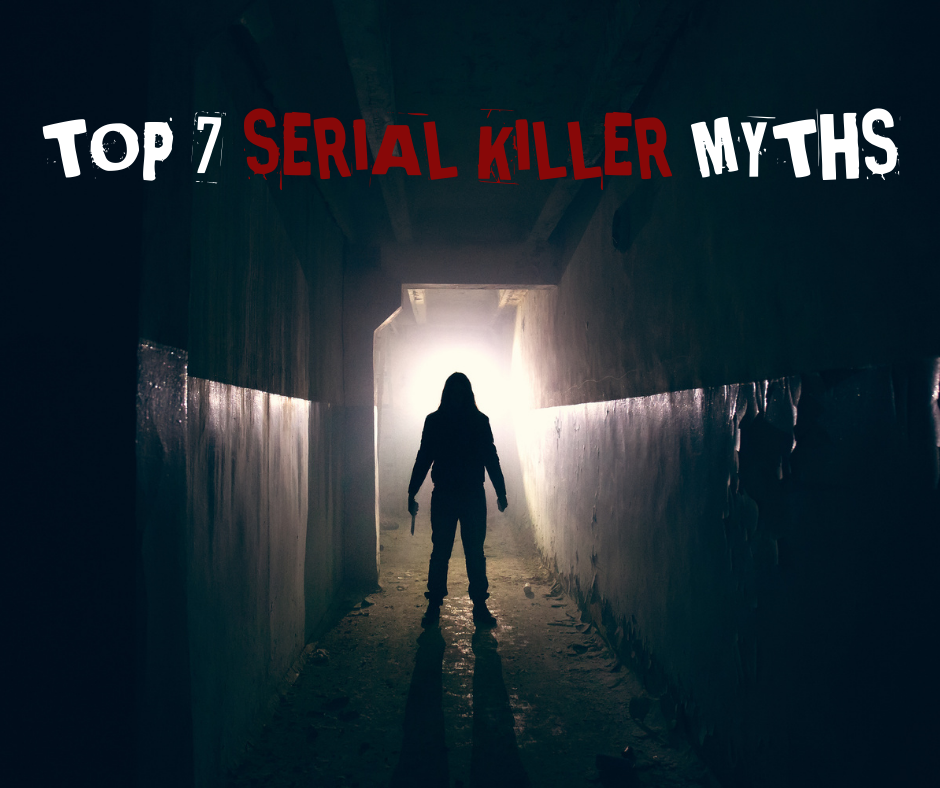 In 2005 the FBI’s National Center for the Analysis of Violent Crime, Behavioral Analysis Unit hosted a 5 day symposium on serial murder. Their goal was to bring together experts on serial murder in order to identify commonalities of knowledge.

135 renowned experts attended the five-day event. These individuals included law enforcement officials who have successfully investigated and apprehended serial killers; academic experts who have studied serial-killers and disseminated their expertise through education and publication; officers of the court, who have judged, prosecuted, and defended serial killers; and members of the media, who inform and educate the public when serial-killers strike.

One of the issues addressed during this unique symposium was the fact that the rarity of serial murder combined with inaccurate, anecdotal and fictional portrayals of serial killers has resulted in a number of common misconceptions arising. As a result of their deliberations, the expert panel identified 7 main serial killer myths. These were:

The majority of serial killers are not reclusive, social misfits who live alone. They are not monsters and may not appear strange. Many serial killers hide in plain sight within their communities. Serial murderers often have families and homes, are gainfully employed, and appear to be normal members of the community. Because many serial murderers can blend in so effortlessly, they are oftentimes overlooked by law enforcement and the public.

Robert Yates killed seventeen prostitutes in the Spokane, Washington area, during the 1990s. He was married with five children, lived in a middle class neighborhood, and was a decorated U.S. Army National Guard helicopter pilot. During the time period of the murders, Yates routinely patronized prostitutes, and several of his victims knew each other. Yates buried one of his victims in his yard, beneath his bedroom window. Yates was eventually arrested and pled guilty to thirteen of the murders.

The Green River Killer, Gary Ridgeway, confessed to killing 48 women over a twenty-year time period in the Seattle, Washington area. He had been married three times and was still married at the time of his arrest. He was employed as a truck painter for thirty-two years. He attended church regularly, read the Bible at home and at work, and talked about religion with co-workers. Ridgeway also frequently picked up prostitutes and had sex with them throughout the time period in which he was killing.

The BTK killer, Dennis Rader, killed ten victims in and around Wichita, Kansas. He sent sixteen written communications to the news media over a thirty-year period, taunting the police and the public. He was married with two children, was a Boy Scout leader, served honorably in the U.S. Air Force, was employed as a local government official, and was president of his church.

Contrary to popular belief, serial killers span all racial groups. There are white, African-American, Hispanic, and Asian serial killers. The racial diversification of serial killers generally mirrors that of the overall U.S. population.

Coral Eugene Watts, an African-American, killed five victims in Michigan, fled the state to avoid detection, and murdered another 12 victims in Texas, before being apprehended.

Rafael Resendez-Ramirez, a native of Mexico, murdered nine people in Kentucky, Texas, and Illinois, before turning himself in.

Rory Conde, a Colombian native, was responsible for six prostitute homicides in the Miami, Florida area.


Myth 3: Serial Killers Are Only Motivated By Sex

All serial murders are not sexually-based. There are many other motivations for serial murders including anger, thrill, financial gain, and attention seeking.

In the Washington, D.C. area serial sniper case, John Allen Muhammad, a former U.S. Army Staff Sergeant, and Lee Boyd Malvo killed primarily for anger and thrill motivations. They were able to terrorize the greater Washington, D.C. metro area for three weeks, shooting 13 victims, killing 10 of them. They communicated with the police by leaving notes, and they attempted to extort money to stop the shootings. They are suspected in a number of other shootings in seven other states.

Dr. Michael Swango, a former U.S. Marine, ambulance worker, and physician, was a health care employee. He was convicted of only four murders in New York and Ohio, although he is suspected of having poisoned and killed 35 to 50 people throughout the United States and on the continent of Africa. Swango’s motivation for the killings was intrinsic and never fully identified. Interestingly, Swango kept a scrap book filled with newspaper and magazine clippings about natural disasters, in which many people were killed.

Paul Reid killed at least seven people during fast food restaurant robberies in Tennessee. After gaining control of the victims, he either stabbed or shot them. The motivation for the murders was primarily witness elimination. Reid’s purpose in committing the robberies was financial gain, and some of the ill-gotten gains were used to purchase a car.

Most serial killers have very defined geographic areas of operation. They conduct their killings within comfort zones that are often defined by an anchor point (e.g. place of residence, employment, or residence of a relative). Serial murderers will, at times, spiral their activities outside of their comfort zone, when their confidence has grown through experience or to avoid detection. Very few serial murderers travel interstate to kill.

It has been widely believed that once serial killers start killing, they cannot stop. There are, however, some serial killers who stop murdering altogether before being caught. In these instances, there are events or circumstances in offenders’ lives that inhibit them from pursuing more victims. These can include increased participation in family activities, sexual substitution, and other diversions.

BTK killer, Dennis Rader, murdered ten victims from 1974 to 1991. He did not kill any other victims prior to being captured in 2005. During interviews conducted by law enforcement, Rader admitted to engaging in auto-erotic activities as a substitute for his killings.

Jeffrey Gorton killed his first victim in 1986 and his next victim in 1991. He did not kill another victim and was captured in 2002. Gorton engaged in cross-dressing and masturbatory activities, as well as consensual sex with his wife in the interim.

Another myth that exists is that serial killers have either a debilitating mental condition, or they are extremely clever and intelligent. As a group, serial killers suffer from a variety of personality disorders, including psychopathy, anti-social personality, and others. Most, however, are not adjudicated as insane under the law.

The media has created a number of fictional serial killer "geniuses", who outsmart law enforcement at every turn. Like other populations, however, serial killers range in intelligence from borderline to above average levels.

Offenders committing a crime for the first time are inexperienced. They gain experience and confidence with each new offense, eventually succeeding with few mistakes or problems. While most serial killers plan their offenses more thoroughly than other criminals, the learning curve is still very steep. They must select, target, approach, control, and dispose of their victims. The logistics involved in committing a murder and disposing of the body can become very complex, especially when there are multiple sites involved.

As serial killers continue to offend without being captured, they can become empowered, feeling they will never be identified. As the series continues, the killers may begin to take shortcuts when committing their crimes. This often causes the killers to take more chances, leading to identification by law enforcement. It is not that serial killers want to get caught; they feel that they can’t get caught.

This Probably Thinking About Serial Killers T-Shirt is available from Amazon (prime eligible) in a range of colors for women and men. Sales help support this website, which has been providing free and comprehensive information and resources for psychology students and educators since 2008. 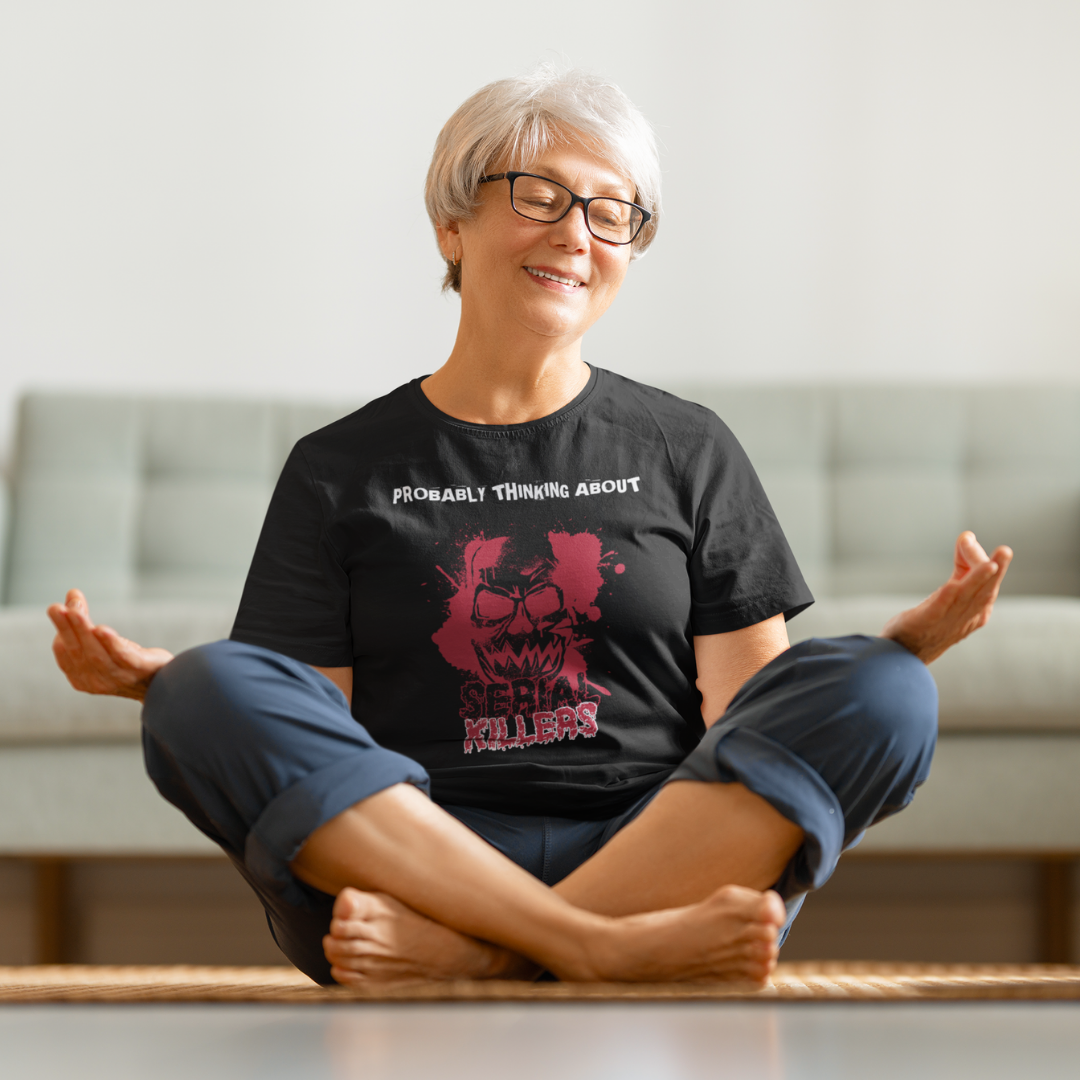 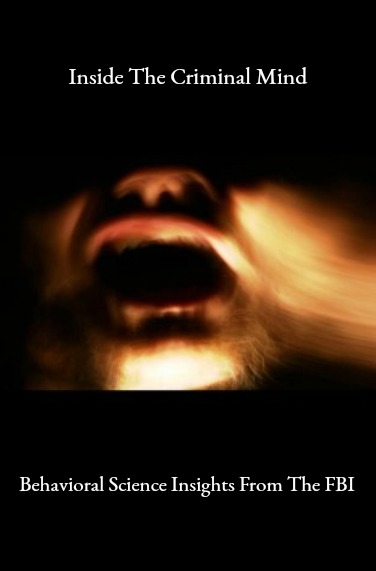 A must read for anybody who would like
to learn more about the darkest recesses of the criminal mind
.


This book traces the origins and development of behavioral science within the FBI which has kept the iconic U.S government department at the forefront of research into serial killers and the criminal mind for over 40 years.

Inside The Criminal Mind: Behavioral Science Insights From The FBI also showcases a series of landmark articles on criminal profiling, sexual homicide, school shooters and serial murder. You can buy this fascinating book on Amazon via the following link.

Inside The Criminal Mind: Behavioral Science Insights From The FBI 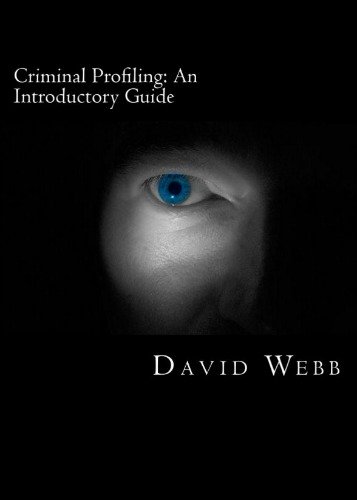 Designed to let you dive straight into this fascinating topic, Criminal Profiling: An Introductory Guide is based on a series of classes from an undergraduate program in forensic psychology.

The guide provides clear and concise information on central issues such as the origins of criminal profiling, FBI profiling methodology and limitations; and whether becoming a profiler is a realistic career path. You can buy this introductory profiling book on Amazon via the following link.