Dishonesty gets easier on the brain the more you do it 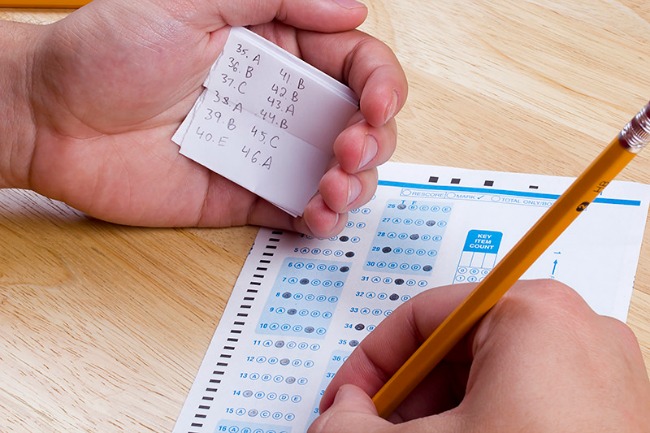 Cast your mind back over the past week. How many times were you tempted to act dishonestly? Perhaps you were given too much change at the pub and deliberated whether to tell the barman. Maybe you thought of lying about your weekend plans in order to avoid an awkward dinner party. Dishonesty is a common temptation.

We face such moral dilemmas all the time. They aren’t opportunities to act with egregious dishonesty. Rather, these are the prosaic choices that shape much of our daily lives. Since the temptation for dishonesty is always there, we have to continually make decisions about how moral we want our behaviour to be. And part of what guides these decisions is how unpleasant being dishonest makes us feel.

I recently conducted a study at University College London with Tali Sharot, Dan Ariely and Stephanie C Lazzaro about the temptation to be dishonest. We investigated whether having opportunities to act dishonestly on a repeated basis could affect our readiness to choose dishonesty over and above honesty. The idea is that if someone initially decides to act dishonestly, they will feel bad about it, and so can only bring themselves to be dishonest by a small amount. The next time they act dishonestly, even though it still feels bad, it doesn’t feel as bad. As a result, one could be dishonest to a greater extent before reaching a point where they feel bad enough to stop.

Understanding why requires connecting two important ideas. The first relates to the role that emotional arousal plays in moral decision-making. The second concerns a feature of how the brain operates when contexts are repeated, known as neural adaptation.

Some moral dilemmas provoke emotional reactions that restrict our willingness to act disreputably, and are accompanied by bodily responses like increased heart rate and perspiration. When this happens, our willingness to act disreputably is reduced. For example, in a study by the psychologists Stanley Schachter and Bibb Latané in 1964, students were given the opportunity to cheat in an exam but beforehand half of them were given beta blockers, a pill which lowers physiological reactions. The remaining students were given a placebo. The students that had their arousal levels pharmacologically reduced cheated more on the exam compared to those given a placebo. So there is a physiological reaction against taking the less-than-virtuous path. But when this reaction is absent, that path becomes more tempting.

The second idea is neural adaptation. When entering a restaurant, you notice the wonderful smells of the freshly made food. But after a while, you become less sensitive to these aromas and soon stop noticing them. This is an example of neural adaptation: the brain becomes less sensitive to stimuli after repeated exposure, which keeps our attention from being sapped by aspects of the environment that don’t really need it. In the restaurant, after you’ve got used to the aromas, you can focus on more important things: conversation, what to order, and so on.

These two ideas – the role of arousal on our willingness to cheat, and neural adaptation – are connected because the brain does not just adapt to things such as sounds and smells. The brain also adapts to emotions. For example, when presented with aversive pictures (eg, threatening faces) or receiving something unpleasant (eg, an electric shock), the brain will initially generate strong responses in regions associated with emotional processing. But when these experiences are repeated over time, the emotional responses diminish.

In our study, we went one step further. Might the brain also adapt to behaviour of our own making that we find aversive? In other words, if we engage in behaviour we feel bad about over and over again, does our emotional response to this behaviour adapt? If so, then we’ve got a prediction: since we know that emotional responses can constrain our willingness to be dishonest, if these responses decrease through adaptation, dishonesty ought to increase as a result.

We had participants lie in an fMRI scanner and send messages to a second person, who sat outside the scanner, by entering keyboard responses. Participants were instructed that their responses would be relayed via connected computers. In some stages of the task, participants had repeated opportunities to make their messages dishonest in order to earn additional money. Importantly, they could be as dishonest as they wanted to – it was entirely up to them and could vary from message to message. This allowed us to see if the messages were equally dishonest, or if there was a change in people’s willingness to be dishonest over time. Meanwhile, the fMRI data allowed us to examine how emotional arousal levels changed as dishonest messages were sent. We did this by examining the amygdalae, two almond-like regions embedded deep within the brain that respond to negative emotions such as fear and threat.

To begin with, participants were often only a little dishonest, though these small trespasses were accompanied by strong responses in the emotion-processing network. But over time, the participants seemed to get used to it, adapting to the adverse feeling that came with sending dishonest messages. They ceased having strong emotional responses. And eventually, the door flew open: they could be much more dishonest than at the beginning, but with increasingly limited emotional sensitivity. Dishonesty began to feel not so bad.

This study might suggest a pessimistic view of humanity, with everyone gradually becoming emotionally null to bad behaviour, more corrupt and more egotistical. But that’s not the only way to see these results. One positive message to take away is that emotion plays a crucial role in constraining dishonesty. Perhaps that means a solution to dishonesty is available: strong emotional responses in situations where dishonesty is a temptation could be reinstated so as to reduce one’s susceptibility to it. In fact, a recent study achieved this by having a group of participants believe that their hearts were pounding quickly when they faced the temptation to be dishonest. This group cheated less than an alternative group of participants who were made to believe that their heartbeats were calm and steady.

There have also been a number of behavioural interventions proposed to curb unethical behaviour. These include using cues that emphasise morality and encouraging self-engagement. We don’t currently know the underlying neural mechanisms that can account for the positive behavioural changes these interventions drive. But an intriguing possibility is that they operate in part by shifting up our emotional reaction to situations in which dishonesty is an option, in turn helping us to resist the temptation to which we have become less resistant over time.