Anxiety: A Playlist To Calm The Mind From A Music Therapist 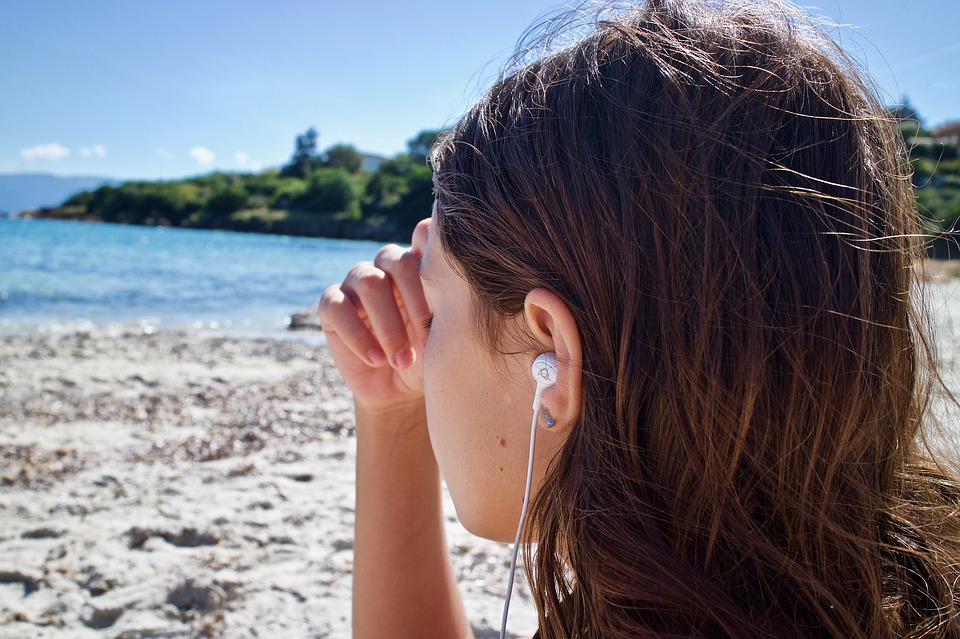 It may seem like we are living in an age of anxiety, where feeling worried, upset and stressed has become the norm. But we should remember that anxiety is a natural human response to situations.


It comes when we are not sure what is going to happen, or when we feel under threat. And even mild anxiety can have a negative effect on our ability to lead a productive life. It can interfere with being able to enjoy the simple things in life.


When we experience anxiety, our heart and breathing rates increase and many other systems in our bodies experience overload. Anxiety affects our general physical health as well as our emotions.


In my work as a music therapist, I’ve noticed the impact music can have on anxiety. For example, in guided imagery sessions, the therapist uses specially selected music and the client is invited to describe what they are feeling and what images the music conjures up. It’s amazing what insights can be gained from simply allowing yourself time to listen and talk about what you see in your mind’s eye.


These may be as simple as becoming more aware of how music can affect emotions, or be used to explore past experiences or future dilemmas. It can also be used to find a place of comfort and a secure base where physical and emotional balance can be found.


A recent experiment explored whether certain kinds of music can reduce anxiety during a complex task and concluded that some music is better at doing this than others.


Also, a study based on measuring physiological and emotional responses suggests there are certain qualities in music that are better at helping people relax.


The speed of the music should be relatively slow, the melody should be simple, and the beat and harmony should not hold too many surprises. Other factors, such as the complexity of the music and – surprisingly – familiarity with the piece, were not so important.


In fact, knowing a piece too well was found in some cases to be counterproductive. The genres most likely to support relaxation are classical, soft pop and certain types of world music. These are found to largely contain the musical elements necessary to help a person relax.

With these musical elements in mind, here are eight suggested pieces of music that meet these criteria:


1 Ambient 1: Music For Airports by Brian Eno. This soundscape provides a wash of musical effects that echo the rhythm of our physiological functions, leaving space for us to attune to the slow tempo of the music. The album is described in one review as “the kind of music one might hear in heaven”.

2 Pieds-en-L'Air, from Capriol Suite, by Peter Warlock, a composer and former music critic. Known for his unconventional lifestyle, he died in 1930, aged 36. His musical legacy includes this soft and slow classical piece with a melody reminiscent of songs we may have heard as children.

3 Om Namah Shivaya by Deva Premal. The vocals of Premal and supporting music made by her partner Mital hark back to evocative chants from times past. The slow pace and almost hypnotic music combined with her clear vocals feel very supportive.

4 Someone Like You by Adele. While this hugely successful song explores the issue of loss, the slow tempo and cool accompaniment is found by many to offer a sense of calm and reflection. It has been claimed that the piece’s emotional strength is due to small, unexpected changes in the melody or “ornamental notes”, which create a melancholic tension.

5 I Giorni, by Ludovico Einaudi, an Italian pianist and composer who has written numerous film soundtracks. This piano piece, with its repetitive motifs and steady tempo, evokes a dreamlike state with moments of light and brightness.

6 In Paradisum, by Gabriel Fauré, a French composer who gained great popularity in his lifetime, but suffered from deafness in his later years. In this piece, from his Requiem, the choir and organ accompaniment provide a feeling of serenity.

7 Stopover at Djibouti by Anouar Ibrahem, a Tunisian oud player and composer. He is widely acclaimed as an innovator in his field, fusing Arab classical music, folk music and jazz. This world jazz piece has hypnotic motifs that can seem almost meditative.

8 Wilma’s Theme by Stefan Nilsson, a Swedish composer and pianist who is well known in is home country. This piece, which seems somehow familiar, has a simple melody and harmonies that provide a safe landing place.

This list offers some suggestions of music that could be used to help people relax. A favourite of mine, which I haven’t included, is the slow movement from JS Bach’s Double Violin Concerto. It never fails to give me a sense of feeling safe and grounded, something that can be so important when we may be feeling anxious.


It should be said, though, that many studies emphasise the importance of finding your own selection of music that works for you. Whatever your musical taste is, you have the edge on any prescribed playlist in finding what is best for you.