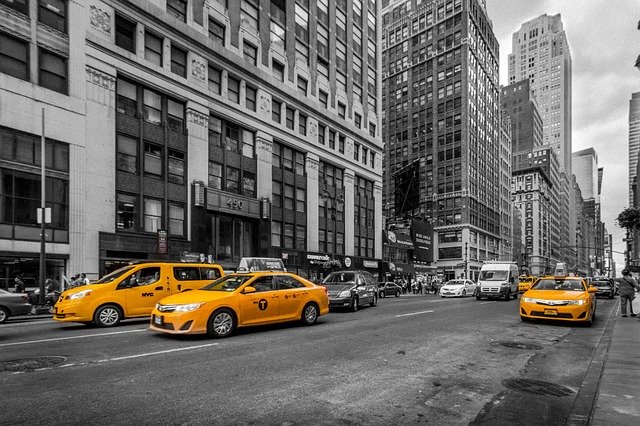 Suppose that you’re on the way to the airport to catch a flight, but your car breaks down. Some of the actions you immediately consider are obvious: you might try to call a friend, look for a taxi, or book a later flight. If those don’t work out, you might consider something more far-fetched, such as finding public transportation or getting the tow-truck driver to tow you to the airport. But here’s a possibility that would likely never come to mind: you could take a taxi but not pay for it when you get to the airport. Why wouldn’t you think of this? After all, it’s a pretty sure-fire way to get to the airport on time, and it’s definitely cheaper than having your car towed.

One natural answer is that you don’t consider this possibility because you’re a morally good person who wouldn’t actually do that. But there are at least two reasons why this doesn’t seem like a compelling answer to the question, even if you are morally good. The first is that, though being a good person would explain why you wouldn’t actually do this, it doesn’t seem to explain why you wouldn’t have been able to come up with this as a solution in the first place. After all, your good moral character doesn’t stop you from admitting that it is a way of getting to the airport, even if you wouldn’t go through with it. And the second reason is that it seems equally likely that you wouldn’t have come up with this possibility for someone else in the same situation – even someone whom you didn’t know was morally good.

So what does explain why we don’t consider the possibility of taking a taxi but not paying? Here’s a radically different suggestion: before I mentioned it, you didn’t think it was even possible to do that. This explanation probably strikes you as too strong, but the key to it is that I’m not arguing that you think it’s impossible now, I’m arguing that you didn’t think it was possible before I proposed it.

Consider for example a series of studies that I conducted with my colleague Fiery Cushman at Harvard University. In these studies, participants were asked to read short stories about people facing a series of problems (such as a car breaking down on the way to the airport). They were then asked to make judgments about what would be possible or impossible for a person to do in that situation. The critical manipulation was that half of the participants were asked to make judgments very quickly, in about one second, which prevented them from having time to reflect, and forced them to rely on their default way of thinking about what was possible. The other half were asked to reflect before deciding whether something was possible. Then both groups were asked about a set of different possibilities, some of which were completely ordinary (like taking a taxi), and others of which were immoral (like taking a taxi without paying).

We then examined participants’ responses to figure out how their judgments of what was possible changed when they had to answer quickly compared with when they had time to reflect before answering. For the ordinary actions, there was no real difference: naturally, people judged ordinary actions to be possible whether they answered quickly or had time to reflect. There was a striking difference, however, for immoral actions. When participants reflected before answering, they typically judged that it was possible for someone to do these immoral actions. In contrast, when they had to answer quickly, participants judged that it was actually impossible to pursue these solutions almost 40 per cent of the time. This suggests that before they had time to really think about it, they weren’t actually thinking of many of these actions as even possible. We also compared these actions with ones that were statistically improbable but not immoral (eg, convincing the airport to delay the flight) and found that this kind of effect was specific to the immoral actions, so it’s not something that can be explained by probability alone.

Consider another related series of studies. In these, we told participants about a person who needed $1,000 on short notice, but who wasn’t sure how to get it. This time, instead of giving participants specific actions and asking if they were possible, we just asked them what the person could do (or will do) in this situation. After participants came up with one answer, we asked them for a different answer, and then another, and then another, until they had given at least five different solutions. Then we gave all of these possibilities back to the participants and asked them to rate how moral it would be to actually perform each solution. Even though the task was quite different, participants’ responses told much the same story: people rarely considered the possibility that the person would do something immoral, and when they did, it was only after being forced to think hard about other things that it was possible for the person to do in this situation.

Once one begins to see the central thesis that these studies suggest, it’s not hard to notice that this way of thinking pervades many aspects of our lives. When you see someone run through a red light, it’s natural to think: ‘Wait, you can’t do that!’ And, by this, I don’t just mean that it was wrong to do that. If I did, I’d have said: ‘Wait, you shouldn’t do that!’ Instead, there’s a way in which we really meant that they can’t do that.

And suddenly, it begins to make sense why, whenever the former neighbours of a serial killer are interviewed, they consistently report not being able to believe that their neighbour actually killed multiple people. Or why, when we hear about an atrocity that is being committed in a foreign country, our initial response is disbelief rather than outrage. Immoral actions often seem to us not merely bad or undesirable – but, in fact, impossible.

Rather than finding it bizarre or stupid that we are often blind to the possibility of immoral actions, it’s important to realise that it is actually a good thing. Consider the alternative: whenever you interact with someone, you frequently consider the possibility that he will intentionally lie, steal from or hurt you. Doing this wouldn’t make you more rational or functional; it would simply make it harder for you to trust, make plans or connect with others in the most basic ways. So, whatever the cost of being blind to the possibility of immoral actions, it is likely outweighed by the benefits of being able to productively interact with other people.