What Know-It-Alls Don’t Know,
Or The Illusion of Competence 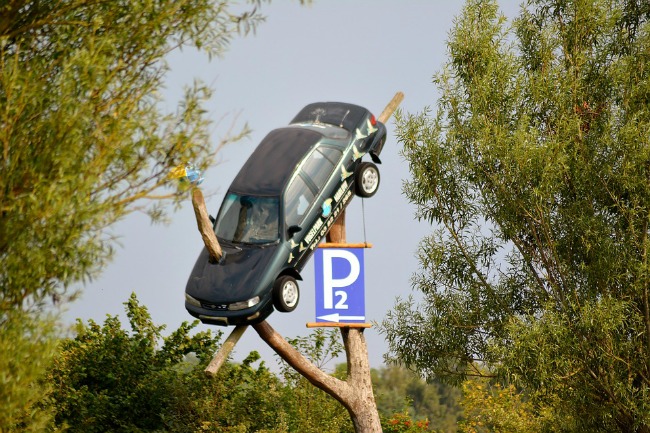 Eighty per cent of drivers rate themselves as above average.

One day in 1995, a large, heavy middle-aged man robbed two Pittsburgh banks in broad daylight. He didn’t wear a mask or any sort of disguise. And he smiled at surveillance cameras before walking out of each bank. Later that night, police arrested a surprised McArthur Wheeler. When they showed him the surveillance tapes, Wheeler stared in disbelief. ‘But I wore the juice,’ he mumbled. Apparently, Wheeler thought that rubbing lemon juice on his skin would render him invisible to videotape cameras. After all, lemon juice is used as invisible ink so, as long as he didn’t come near a heat source, he should have been completely invisible.

Police concluded that Wheeler was not crazy or on drugs – just incredibly mistaken.

The saga caught the eye of the psychologist David Dunning at Cornell University, who enlisted his graduate student, Justin Kruger, to see what was going on. They reasoned that, while almost everyone holds favourable views of their abilities in various social and intellectual domains, some people mistakenly assess their abilities as being much higher than they actually are. This ‘illusion of confidence’ is now called the ‘Dunning-Kruger effect’, and describes the cognitive bias to inflate self-assessment.

To investigate this phenomenon in the lab, Dunning and Kruger designed some clever experiments. In one study, they asked undergraduate students a series of questions about grammar, logic and jokes, and then asked each student to estimate his or her score overall, as well as their relative rank compared to the other students. Interestingly, students who scored the lowest in these cognitive tasks always overestimated how well they did – by a lot. Students who scored in the bottom quartile estimated that they had performed better than two-thirds of the other students!

This ‘illusion of confidence’ extends beyond the classroom and permeates everyday life. In a follow-up study, Dunning and Kruger left the lab and went to a gun range, where they quizzed gun hobbyists about gun safety. Similar to their previous findings, those who answered the fewest questions correctly wildly overestimated their knowledge about firearms. Outside of factual knowledge, though, the Dunning-Kruger effect can also be observed in people’s self-assessment of a myriad of other personal abilities. If you watch any talent show on television today, you will see the shock on the faces of contestants who don’t make it past auditions and are rejected by the judges. While it is almost comical to us, these people are genuinely unaware of how much they have been misled by their illusory superiority.

Sure, it’s typical for people to overestimate their abilities. One study found that 80 per cent of drivers rate themselves as above average – a statistical impossibility. And similar trends have been found when people rate their relative popularity and cognitive abilities. The problem is that when people are incompetent, not only do they reach wrong conclusions and make unfortunate choices but, also, they are robbed of the ability to realise their mistakes. In a semester-long study of college students, good students could better predict their performance on future exams given feedback about their scores and relative percentile. However, the poorest performers showed no recognition, despite clear and repeated feedback that they were doing badly. Instead of being confused, perplexed or thoughtful about their erroneous ways, incompetent people insist that their ways are correct. As Charles Darwin wrote in The Descent of Man (1871): ‘Ignorance more frequently begets confidence than does knowledge.’

Interestingly, really smart people also fail to accurately self-assess their abilities. As much as D- and F-grade students overestimate their abilities, A-grade students underestimate theirs. In their classic study, Dunning and Kruger found that high-performing students, whose cognitive scores were in the top quartile, underestimated their relative competence. These students presumed that if these cognitive tasks were easy for them, then they must be just as easy or even easier for everyone else. This so-called ‘imposter syndrome’ can be likened to the inverse of the Dunning-Kruger effect, whereby high achievers fail to recognise their talents and think that others are equally competent. The difference is that competent people can and do adjust their self-assessment given appropriate feedback, while incompetent individuals cannot.

And therein lies the key to not ending up like the witless bank robber. Sometimes we try things that lead to favourable outcomes, but other times – like the lemon juice idea – our approaches are imperfect, irrational, inept or just plain stupid. The trick is to not be fooled by illusions of superiority and to learn to accurately reevaluate our competence. After all, as Confucius reportedly said, real knowledge is knowing the extent of one’s ignorance.