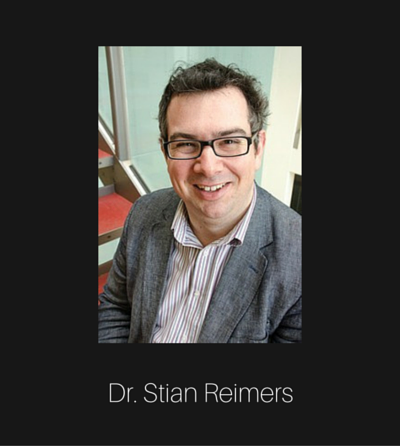 Stian Reimers, Ph.D., is a senior lecturer in psychology at City University London. A renowned behavioral scientist, Dr. Reimers primary research interest is high-level cognition, in particular judgement and decision making, how humans and other animals represent and make decisions involving time and how and why people's discounting of delayed rewards varies across individuals and contexts.

Could you tell us about your interest in behavioral economics?


I’ve been doing research on financial decision making for fifteen years, but in the past few years there has been an explosion of interest in the applications of this area. At its simplest, behavioral economics is interested in looking at what people actually do, where money is concerned – from financial markets to individual purchasing choices – and the implications of this for businesses, policymakers and regulators.

There has been a longstanding view that people are economically rational, interested primarily in the absolute financial payoffs of a decision. Of course this is partly true – most of us would choose to have more money than less – but it’s not the whole story. For a start, we are limited in our ability or willingness to work out what the best choice is, and we use cognitive shortcuts – heuristics – to save time and effort. We are influenced by much more than financial gains and losses. For example in some situations fines can make people less compliant, and bonuses can lead to worse overall performance. We compare ourselves to others; we care about fairness, and are willing to pay to punish the unfair behaviour of others; and we actively construct our preferences at the point at which we make a decision, which means our preferences can change from one context to another.

This means that our choices can be influenced by the context of a decision – from the way information is framed to the defaults that are explicitly or implicitly given. By understanding how people think about a decision, we can create choices that 'nudge' people towards options that work in their best interest.

At City we have launched an MSc in Behavioural Economics, and it’s always fascinating to see from students the different ways in which behavioural economic insights are used. Being in central London we have students from a wide variety of backgrounds – senior executives in financial services, marketers, people working in local or national government – from across the world. Everyone sees different ways of applying behavioural insights – it could be in the design of a new financial product, the implementation of a new health policy, or a more general evidence-based approach to policy design.

What areas of behavioral economics do you find the most exciting?

One of my areas of research is on decisions over time – how we decide between receiving a smaller amount of money sooner against a larger amount of money later. People vary substantially – some would happily take £100 today instead of £1,000 in a year; others would turn down £900 and would wait for the year instead. In an increasingly ageing society, where people are on average saving too little for their retirement, this is a significant policy issue. We are looking at some of the factors that affect people’s discounting of future outcomes, and how people’s best interests could be served by making the future more concrete, and so making it easier to hold out for the larger, later reward. We are also using eye-tracking to look at the processes underlying peoples intertemporal decisions.

What is game theory?

Game theory is a branch of mathematics that looks at optimal strategies for situations where the outcome of a choice made by an individual are influenced by the choice made by one or more other individuals. These sorts of strategic games can be as inconsequential as a game of hide-and-seek, where the outcome of the game depends on both where the hider decides to hide and where the seeker decides to seek. But it is also possible to think of a lot of more serious situations like military conflict or competition between businesses.

I’m interested not in what people should do, but what we actually do – behavioural game theory – so have been looking at how people play games spatial elements like Battleship, and the preferences that people have for different lottery numbers based on their location on the entry slip. Even when the best strategy is to try to be as random as possible, we find that people have systematic preferences for specific locations, and this can work to their disadvantage when, say, they’re trying to hide something where nobody will look for it.

I am also interested in how people think in these kinds of games, and how that can vary. For example, how do people with autism or schizophrenia think about the strategies that other players could be using, and what affects their preferences.

Click on the following image to listen to a great episode of the BBC podcast 'The Philosopher's Arms,' featuring Dr. Reimers bringing his expertise as a game theorist to bear on the issue of 'free-riding' 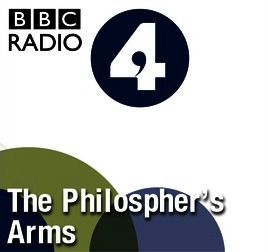 You have worked with several TV production companies in the past. What have been the benefits of doing that?

I’ve had some great experiences working with the BBC and other production companies. Of course it’s fascinating working on TV series, but it’s also possible to get decent research out of these kinds of collaboration. Across the web-based studies I’ve run with the BBC, I’ve probably collected data from half a million participants, all of whom have given their time to participate because they saw the study on the BBC website. This has allowed us to look fine-grained effects of age on executive control, along with a diverse set of different areas from art preference to impulsivity, which would have been impossible using the typical numbers of participants we get to complete studies in the lab.

As part of your work for the BBC on the TV series 'Secrets of the Sexes' you developed a test which collected data from over 250,000 people. What was the primary purpose of the test and what were the most interesting findings to come out of the dataset?

This was a TV series about sex differences, where we followed a number of people in gender-typical or gender-atypical jobs and looked at their cognitive abilities and various other skills and preferences. We thought it would work well to see how they compared with the UK population more generally. So, getting together a team of academics from the UK and North America, I worked on designing a 40-minute test that was hosted on the BBC website.

We never expected it to be as popular as it was! The data from that study has led to over a dozen publications, and researchers have addressed topics like the different effects of ageing on men’s and women’s cognitive abilities (women are less affected by ageing than men); how taking the contraceptive pill is related to better spatial performance; and how finger lengths relate to sexual orientation.

It’s a rapidly changing area. (A decade ago I struggled to recruit participants who were over the age of 65. Now, it’s no problem at all.) It’s useful – though hard –  to keep up-to-date with technologies and methods used for online data collection, by reading articles in journals like Behavior Research Methods. There are a lot of tips online – people developing libraries for making online experimentation easier, blogging about best research practices and so on. There are various challenges around getting the highest possible data quality. Some have been around since the start of web-based research in the '90s – people giving junk responses to get to the end of a survey and get paid, multiple submissions, unverifiable demographics – but they’re now well understood, and relatively easy to deal with. New challenges we know less about:

The rise of professional survey takers, who are diligent, but may well have previously seen scenarios or stimuli used in a study from participating in other studies; the sharing of information about the nature of a study via forums or social media, so participants may know about an experiment’s aims before it begins; technical limitations in measuring response times on anything from a mobile phone touchscreen to a high-powered desktop machine.

What’s heartening is that there is a lot of research that shows for most studies, even those that look for differences in response times of tens of milliseconds, the results found on the web are very similar to those obtained when we test people in the lab.


Go From Stian Reimers Q & A Back To The Home Page