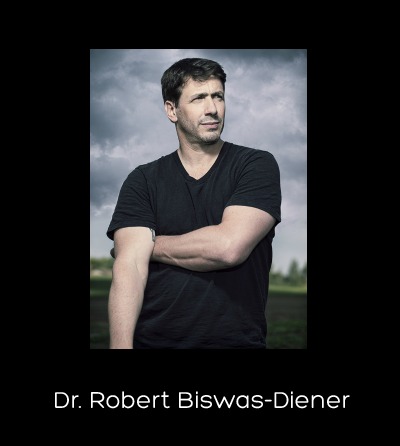 Dr. Robert Biswas-Diener is widely acknowledged as the world's foremost authority on positive psychology coaching. He is an ICF certified coach and has trained professionals in his techniques in 24 countries.

A highly sought after keynote speaker and trainer, Dr. Biswas-Diener has published more than 50 academic articles and chapters on happiness and other positive topics in peer-reviewed journals. He is also author of 8 books including The Upside of Your Dark Side.

What led you to develop an expert interest in positive psychology?

I come from a large family of psychologists; my mother and father are both psychologists and both of my older sisters - who are twins - are also psychologists. Our dinner table was full of talk about interesting research methods - shocking people, inducing  people to steal, surveying people's attitudes. My father, Ed Diener, pioneered the study of happiness which he calls "subjective well-being." I have always been very taken with the idea of focusing on what goes right with people. My very first study was investigating the happiness of homeless people and sex workers in Kolkata (Calcutta). I was attracted to the idea of such a counter-intuitive narrative.

Because your happiness research has taken you all over the world, you're widely known as the "Indiana Jones of Positive Psychology" Of all the places you've visited, where did you personally find people the happiest and why?

I really try to avoid romanticizing groups. I hear some people say that only villagers and tribal people can be truly happy but I don't feel comfortable with that notion. Each group has some interesting element where happiness is concerned. The Amish with whom I worked, for example, benefit greatly from their faith and from their tight knit community. They also spend a lot of time dampening any sort of pride or feeling good in any sort of personal accomplishment, so it is a bit of give and take.

The Maasai, in Kenya, were a very happy group. They enjoy simple living standards, recreational time, good relationships, and strong self-esteem. They complain about drought, leaky roofs in their homes, and difficulties with some health issues. So they aren't perfectly happy, but they are very happy.

What would you say are the most important areas within positive psychology research today?

There are a few emerging trends: We used to be interested in what causes happiness but now we have turned our attention to the results of happiness. Happiness, it turns out, is beneficial. It leads - causally - to better health, better relationships and a little more creativity. It won't cure cancer - we don't have evidence suggesting that - but it will boost the immune system.

I am also personally fascinated by emerging topics that have been overlooked. Positive psychology is the study of positive topics but no one is studying hospitality. I think hospitality, having a mentality, of inviting others to share your resources and space, is a really interesting topic. I just collected data from almost 3 thousand people from 10 countries and I am looking forward to sifting through it.

TEDx Talk: Your Happiest Days Are Behind You


Could you tell us about your latest book The Upside of Your Dark Side? 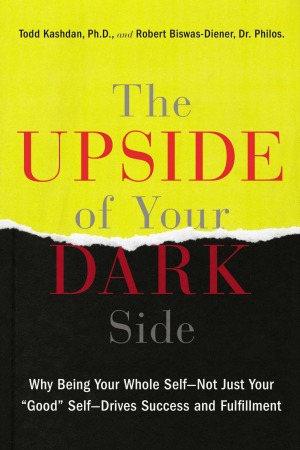 I am crazily enthusiastic about it. It is based on a simple thesis: In the modern era people in industrialized countries are more able - financially, technologically, and socially - to achieve comfort. The down side of this is that we, collectively, are becoming less comfortable with discomfort than at any time in history. People are increasingly viewing happiness and positivity as the only legitimate psychological state. Boredom, guilt, anger... these are states to be avoided.

The problem is people forget that these states are functional. Anger, for example, helps us fight injustice, stick up to bullies, and take risks. By denying the darker elements of human nature people are limiting themselves from reaching their full potential. See following link for full details.

The Upside of Your Dark Side

In addition to your work as an academic researcher you also teach companies the science behind happy and positive workplaces. What does this typically entail?

Positive workplace culture beats negative workplace culture. Support and appreciation, balanced with deadlines and tough feedback, lead to more long-term productivity than does a chronically stressful workplace. I work with managers and leaders to gain skills around coaching better performance, creating appreciation campaigns, and developing worker strengths. I usually measure the positivity of the organizational climate and then offer workshops and individual coaching. And then measure again.

In 2012 you published The Courage Quotient: How Science Can Make You Braver. Can courage really be learned? 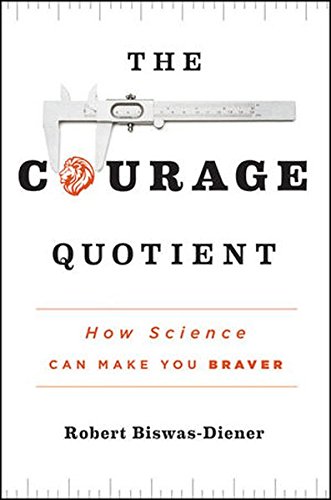 I think it can. Certainly there is a genetic component where some folks are just wired for risk but everyone can learn to face their own fears even if they might not be rushing into burning buildings to save others. By way of proof I point to kids. Although children are capable of bravery it isn't their go-to state. In fact, children tend towards fear. They are afraid of the dark, of strangers, of noises in the house, of storms, the list goes on. But as people mature we can more experience, more certainty, and more control over our own emotions.

To the extent that dealing with fear is an element of courage you are probably already more courageous than you were when you were five. That growth need not stop now.

The Courage Quotient: How Science Can Make You Braver

What is the NOBA project? 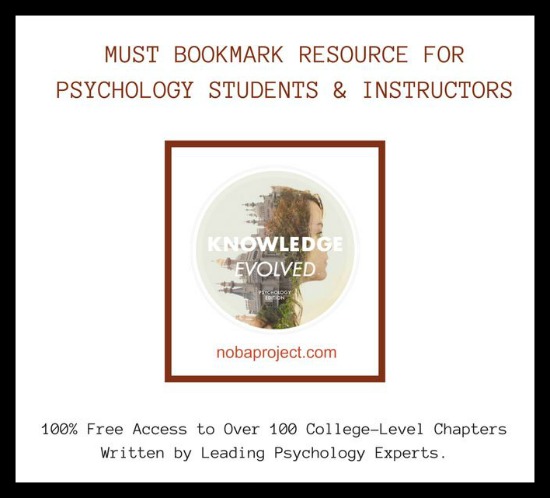 This is the project about which I am the most excited. A group of psychologists has been endeavoring to make high quality materials free for everyone regardless of background. We have more than 80 expert written chapters on every area of psychology ranging from neuroscience to positive psychology. They are creative commons licensed so feel free to read them or share them with others. We also have curated textbooks that you can download digitally; again, for free.

In September we are also launching free instructor materials such as a teaching manual, power point presentations and a test bank. Each year we also hold a student video award in which we award 10 thousand dollars to students for making 2 minute videos explaining various topics. This last year was on memory and you can see the three winners on the web site: www.nobaproject.com. Although we are very new, we are being officially adopted by some universities and our popularity seems to be doubling each six months. I am so happy to be able to share these resources and, truth be told, I often go to Noba and read chapters to educate myself on areas with which I am less familiar.

What advice would you give to someone hoping to pursue a career in psychology?

Great question. I would remind people that careers unfold in an evolutionary way. People want to get it exactly right, especially the first time, but I think it is okay to experiment. I dropped out of grad school after getting my Master's in clinical psychology because I realized I did not want to be a therapist. That was a gutsy decision for me. I went from there to research for 8 years, and got my doctorate along the way. But after 8 years I realized I didn't really want to be a full time researcher either. Finally, I landed on entrepreneurial because it offered me the best way to create my own job which includes a little research, a little writing, a little coaching, and the ability to work on projects like Noba. It's okay to take some twists and turns, it's the journey that makes it all worthwhile.

Have your say about what you just read! Leave me a comment in the box below.
Back To The Top Of The Page