The Psychology Behind Competitiveness 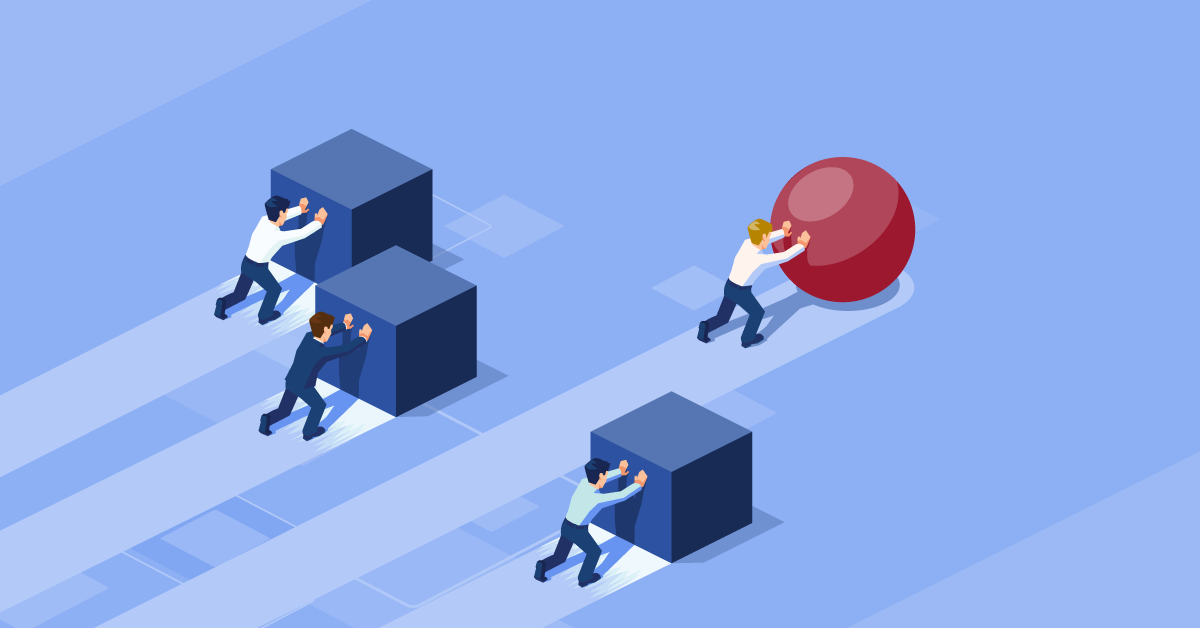 
Human beings are competitive, sometimes to a truly absurd degree.

One study of just this concept found that nearly half of people surveyed would rather make $50,000 in a world where the average salary is $25,000 than make $100,000 in a world where the average is $200,000; that is, they prioritized making more relative to other people rather than having a higher overall income. As the saying goes, “If you and I are being chased by a bear, I don’t have to outrun the bear; I just have to outrun you.”

Of course, like most behavioral characteristics, competitiveness is a spectrum: some people are relatively less competitive, others more so, and a few seem obsessed with winning in every single context. Beliefs regarding competitiveness, too, are a spectrum: most people draw a line between healthy and unhealthy competition, have a sense of what is too much or too little competition, but determining just where those distinctions lie in any given context is (perhaps ironically) quite contentious. To be clear, as psychologists, we’re not in the business of weighing in on whether more or less competitiveness is a good thing, except to the extent it may cause quantifiable psychological problems (but more on that in a bit).

Here’s one thing we are interested in, though: why are we wired for competition? Is it for fun, survival or something else? Let’s take a dive into the psychology of competition.


Social Competition: Standing Out From the (Small) Crowd

Any human being’s personality is a product of both internal and external factors, and the psychology of a competitive person is no exception. Competitiveness, almost by definition, becomes manifest in a group setting, and characteristics of the group influence social competition in individuals.

For instance, a study published in 2009 explored the “N-effect;” the idea that the size of the group is negatively correlated with competitive motivation among individual participants. Specifically, the study found that test scores fall as the number of test-takers at a particular venue increases, showing that the test-takers were less motivated by competition if they had more competitors. The second part of this study found that quiz-takers finished significantly faster if they thought they were competing as part of a group of 10 instead of a group of 100.

However, individual factors also play a significant role in this dynamic. The study found that people who are oriented toward social comparison are highly sensitive to the N-effect, while people who are less oriented toward social comparison are also less affected. In other words, people who are motivated by comparison to others perceive an opportunity to stand out among a small group of competitors and thus become more competitive, but are less motivated in a larger group where it’s less likely they will be able to compare themselves favorably.

In short, the psychology of competition indicates it’s beneficial to compete in small rather than large groups. This has implications, for example, in the workplace and in the classroom, or any other setting where competition is a significant factor.


Diversity of Competitiveness: an Evolutionary Perspective

It’s intuitive that some people are more competitive than others, and the research discussed here supports that idea. Human beings are diverse in many respects, and the competitive drive is no exception. Why, though, are there such differences in competitiveness among people?

Of course, any leap from observation of animals to human competition psychology is speculative, so we can’t read too much into this analysis. Still, we can see analogs for this tradeoff in human behavior as well: competitive people may be overly focused on the short term and less prudent in the way they utilize resources because they prioritize winning over efficiency. It’s fair to say that both the more competitive personality and the less competitive personality have their strengths, and it’s important to recognize the value of that diversity.

Psychologically, hyper-competitiveness can be defined as “an indiscriminate need to compete and win (and to avoid losing) at all costs.” Hypercompetitive people can push themselves to take on too many roles and tasks, ultimately resulting in falling short of their goals as well as over-expending time and effort. Intensely competitive people also tend to have poor interpersonal relationships — an intuitive observation borne out by research.

Psychological research has found that the psychology of hypercompetitive people includes motivation primarily by external rather than internal factors. People who are motivated by a desire to master the task or who have high self-esteem are less likely to be obsessed with competition. In contrast, individuals who derive their self-worth primarily from winning, or from the social status and tangible rewards that come from winning, are more likely to be competitive to an unhealthy degree.

Understanding the Psychology of Competition
Has Broad Applications

When we think of competition, we often think first of sports, or perhaps of overtly competitive and adversarial fields such as law or finance. The truth is that competition is everywhere, in academic, social, professional and family settings alike. If you understand the psychology of competition, you have a deeper, more nuanced understanding of human behavior and motivation, and that has practical applications everywhere.

This is just one example of how rigorous study of psychology can prepare you for success in a wide range of career paths. To learn more about Eastern Oregon University’s fully online B.S/B.A. in psychology, contact them to speak with an admissions counselor.


Know someone who would like to learn about the psychology of competition?