Getting Serious About Funny: Psychologists See Humor As A Character Strength 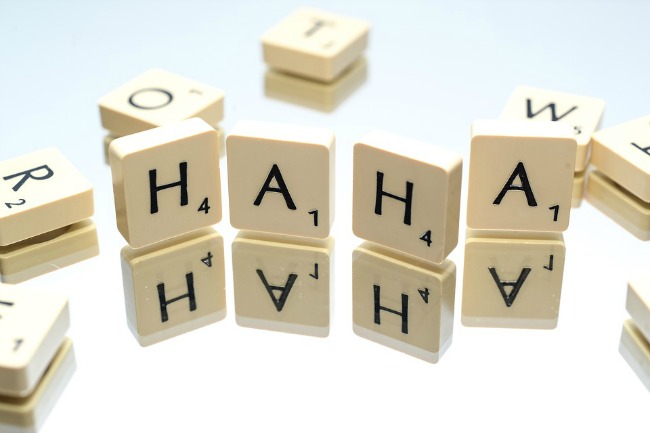 Humor is observed in all cultures and at all ages. But only in recent decades has experimental psychology respected it as an essential, fundamental human behavior.


Historically, psychologists framed humor negatively, suggesting it demonstrated superiority, vulgarity, Freudian id conflict or a defense mechanism to hide one’s true feelings. In this view, an individual used humor to demean or disparage others, or to inflate one’s own self-worth. As such, it was treated as an undesirable behavior to be avoided. And psychologists tended to ignore it as worthy of study.


But research on humor has come into the sunlight of late, with humor now viewed as a character strength. Positive psychology, a field that examines what people do well, notes that humor can be used to make others feel good, to gain intimacy or to help buffer stress. Along with gratitude, hope and spirituality, a sense of humor belongs to the set of strengths positive psychologists call transcendence; together they help us forge connections to the world and provide meaning to life. Appreciation of humor correlates with other strengths, too, such as wisdom and love of learning. And humor activities or exercises result in increased feelings of emotional well-being and optimism.


For all these reasons, humor is now welcomed into mainstream experimental psychology as a desirable behavior or skill researchers want to understand. How do we comprehend, appreciate and produce humor?


What it takes to get a joke


Understanding and creating humor require a sequence of mental operations. Cognitive psychologists favor a three-stage theory of humor. To be in on the joke you need to be able to:

An individual’s knowledge is organized in mental memory structures called schemas. When we see or think of something, it activates the relevant schema; Our body of knowledge on that particular topic immediately comes to mind.


For example, when we see cows in a Far Side cartoon, we activate our bovine schema (stage 1). But when we notice the cows are inside the car while human beings are in the pasture grazing, there are now two mental representations in our conscious mind: what our preexisting schema mentally represented about cows and what we imagined from the cartoon (stage 2). By inhibiting the real-world representation (stage 3), we find the idea of cows driving through a countryside of grazing people funny. “I know about cows” becomes “wait, cows should be the ones in the field, not people” becomes an appreciation of the humor in an implausible situation.


Funny is the subjective experience that comes from the resolution of at least two incongruous schemas. In verbal jokes, the second schema is often activated at the end, in a punchline.

When jokes perpetuate a stereotype that we find offensive (as in ethnic, racist or sexist jokes), we may refuse to inhibit the offensive representation. Violence in cartoons is another example; In Roadrunner cartoons, when an anvil hits the coyote, animal lovers may be unable to inhibit the animal cruelty meaning instead of focusing on the funny meaning of yet another inevitable failure.


This incongruity model can explain why older adults do not comprehend jokes as frequently as younger adults. Due to declines tied to the aging process, older adults may not have the cognitive resources needed to create multiple representations, to simultaneously hold multiple ones in order to detect the incongruity, or to inhibit the first one that was activated. Getting the joke relies on working memory capacity and control functions. However, when older adults succeed in their efforts to do these things, they typically show greater appreciation of the joke than younger adults do and report greater life satisfaction than those who don’t see the humor.

There may be other aspects to humor, though, where older adults hold the advantage. Wisdom is a form of reasoning that increases with age and is correlated with subjective well-being. Humor is linked with wisdom – a wise person knows how to use humor or when to laugh at oneself.


Additionally, intuition is a form of decision-making that may develop with the expertise and experience that come with aging. Like humor, intuition is enjoying a bit of a renaissance within psychology research now that it’s been reframed as a major form of reasoning. Intuition aids humor in schema formation and incongruity resolution, and we perceive and appreciate humor more through speedy first impressions rather than logical analysis.


It’s a uniquely human ability to parse time, to reflect on our past, present and future, and to imagine details in these mental representations. As with humor, time perspective is fundamental to human experience. Our ability to enjoy humor is enmeshed with this mental capacity for time travel and subjective well-being.


People vary greatly in the ability to detail their mental representations of the past, present and future. For example, some people may have what psychologists call a negative past perspective – frequently thinking about bygone mistakes that don’t have anything to do with the present environment, even reliving them in vivid detail despite the present or future being positive.


Time perspective is related to feelings of well-being. People report a greater sense of well-being depending on the quality of the details of their past or present recollections. When study participants focused on “how” details, which tend to elicit vivid details, they were more satisfied with life than when they focused on “why,” which tend to elicit abstract ideas. For example, when remembering a failed relationship, those focusing on events that led to the breakup were more satisfied than those dwelling on abstract causal explanations concerning love and intimacy.

One study found that people who use humor in positive ways held positive past time perspectives, and those using self-defeating humor held negative past time perspectives. This kind of study contributes to our understanding of how we think about and interpret social interactions. Such research also suggests that attempts to use humor in a positive way may improve the emotional tone of details in our thoughts and thereby our moods. Clinical psychologists are using humor as a treatment to increase subjective well-being.


In ongoing recent work, my students and I analyzed college students’ scores on a few common scales that psychologists use to assess humor, time perspective and the need for humor – a measure of how an individual produces or seeks humor in their daily lives. Our preliminary results suggest those high in humor character strength tend to concentrate on the positive aspects of their past, present and future. Those who seek humor in their lives appear in our study sample also to focus on the pleasant aspects of their current lives.


Though our investigation is still in the early phase, our data support a connection between the cognitive processes needed to mentally time-travel and to appreciate humor. Further research on time perspectives may help explain individual differences in detecting and resolving incongruities that result in funny feelings.


Experimental psychologists are rewriting the book on humor as we learn its value in our daily lives and its relationship to other important mental processes and character strengths. As the joke goes, how many psychologists does it take to change a light bulb? Just one, but it has to want to change.


Studying humor allows us to investigate theoretical processes involved in memory, reasoning, time perspective, wisdom, intuition and subjective well-being. And it’s a behavior of interest in and of itself as we work to describe, explain, control and predict humor across age, genders and cultures.

Whereas we may not agree on what’s funny and what isn’t, there’s more consensus than ever among experimental psychologists that humor is serious and relevant to the science of behavior. And that’s no laughing matter.