Face perception is a very important human attribute. Our brains it would seem are hard-wired to help us recognize the presence of a face from birth; newborn babies for instance will automatically focus attention towards any face-like pattern.

This deep-rooted face detection system remains operational throughout our lives. Let's see if we can trigger yours! 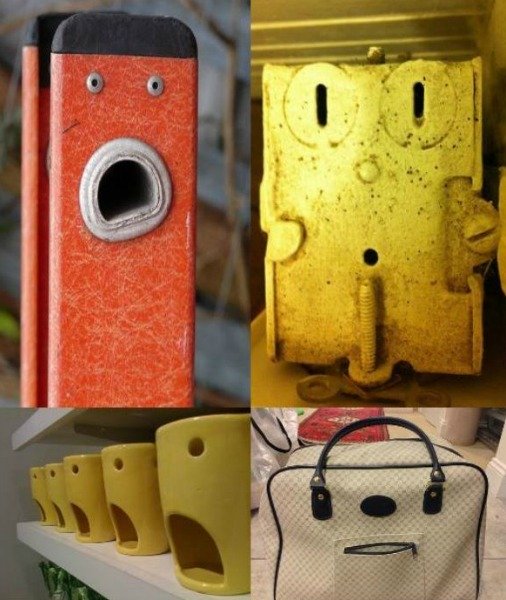 See a face or two? Assuming you did, the psychological phenomenon you are experiencing is known as pareidolia i.e. the perception of an ambiguous and random stimulus as significant.

One of the best known examples of pareidolia is the "face on Mars", the famous NASA image taken in 1976 by the Viking 1 orbiter (satellite photos from a later NASA mission in 2001 shattered the illusion of the original image). 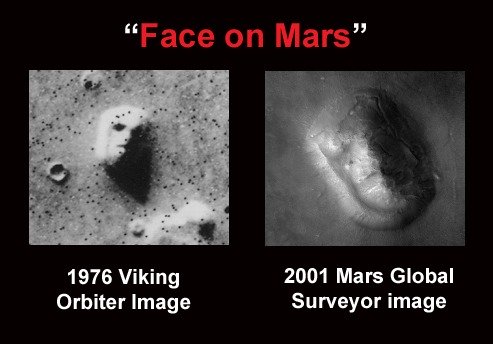 What is it about Mars?

Ever since NASA's twin exploration rovers landed on Mars (January 3 and January 24, 2004) and began beaming back images, people claim to have seen all manner of things on the red planet, including as intimated in the following video, a polar bear!

In the name of psychological science, I decided to spend some time surveying the Martian landscape close to where the polar bear was spotted and guess what? That bear is not alone! 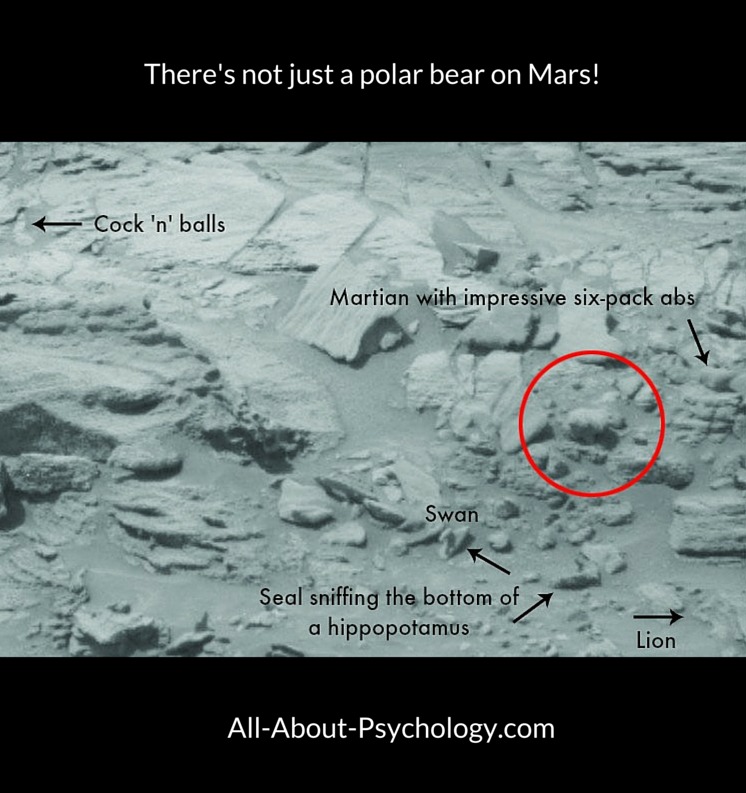 Got to love pareidolia!

There are lots of examples of a random stimulus inducing religious pareidolia, from people reporting seeing the figure of Jesus Christ amid the flames of Notre Dame (thanks to Debbie Harrison for letting me know about this), to most notably, the toasted cheese sandwich purportedly bearing the image of the Virgin Mary which sold on eBay for $28,000!

You can get further details on this story and see a picture of this very expensive lunch item by Clicking Here. 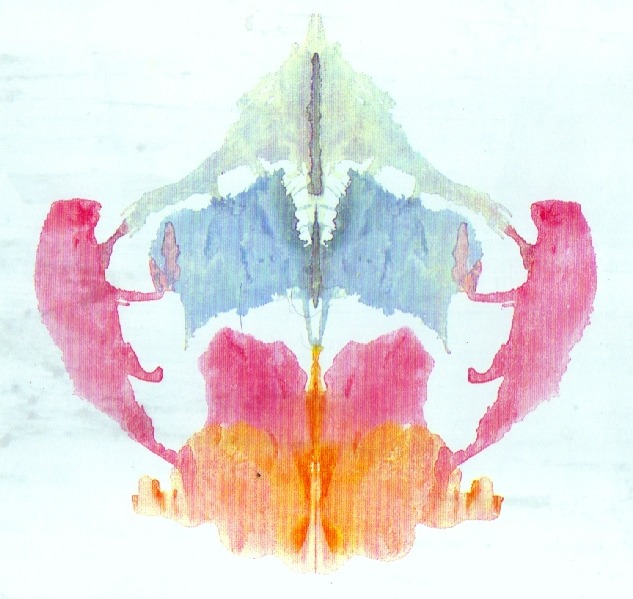 The Rorschach inkblot test, a very popular and some would say questionable method of psychological evaluation is a great example of applied pareidolia. During the Rorschach test individuals are shown a series of inkblots and are asked to to say the first thing that comes to mind. Because the inkblot stimulus is ambiguous, it is claimed that the patient must impose his or her own interpretive structure on to the image, and in doing so they reveal their thoughts and feelings, some of which are unconscious and have been projected into the inkblot image, hence the term projective testing.

If you would like to learn more about the iconic and opinion dividing Rorschach inkblot test, you can do so via the following link.

"Why and how do we tend to see faces in objects that have constituent parts resembling those of a face? Is it because our brains are hard-wired to detect the presence of a face as quickly as possible, or is it a later cognitive construction or interpretation?"

This was the central question investigated by Nouchine Hadjikhani and colleagues as part of their pareidolia-related research investigation. You can read their published findings in full by Clicking Here.

See following link to check out some of the very best pareidolia pictures out there.


Go From Pareidolia Back To The Home Page