Are Nudges Sinister Psychological Tricks? Or Are They Useless? Actually They Are Neither 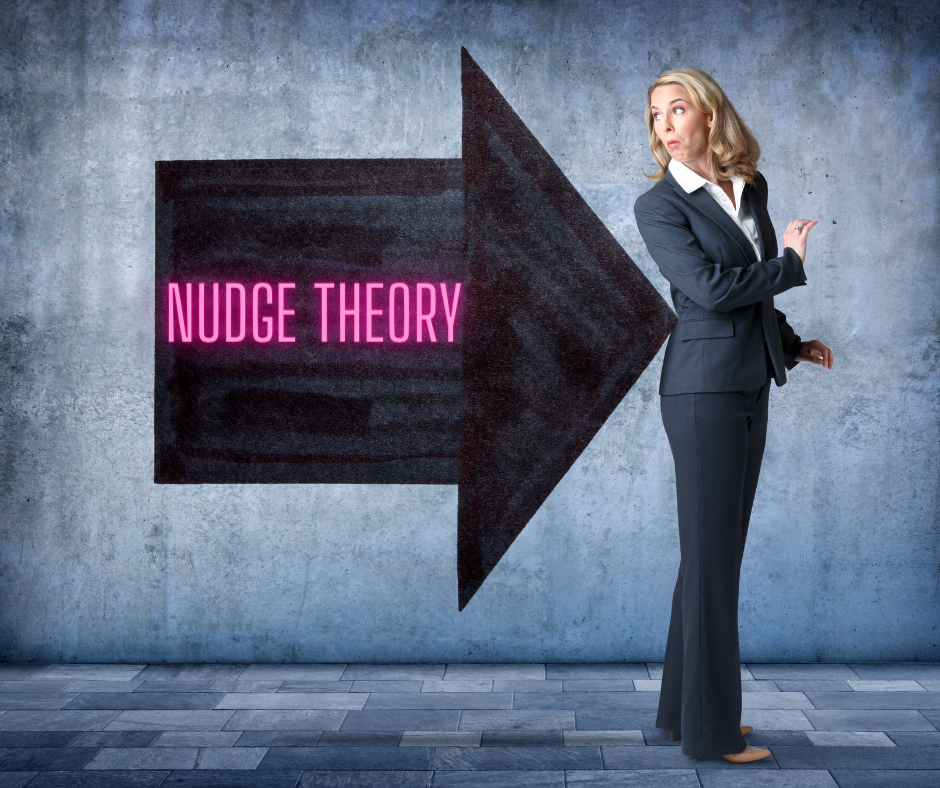 Nudging – the idea that simple changes to how a choice is presented can lead people to make better decisions – has been one of the most popular ideas to emerge from economics in the past two decades.


But nudging is now under attack, entangled in the bitter partisan dispute over pandemic policy responses.


Since the idea was popularised in the 2000s, governments – particularly democratic ones – have been enthusiastic about the potential to “nudge” people towards choices that are better for them and society – be it recycling, exercising more, eating more healthily or gambling more responsibly.


Every individual transaction that has a social cost is what economists call an “externality” – a textbook scenario for some form of government intervention into the market.


Nudges promise interventions that are both cheap and benign. They may be as simple as changing the layout of a bill statement or painting racetrack lines to challenge you to take the stairs rather than an escalator.

But the use of nudges during the COVID pandemic – whether to encourage people to wear face masks or to present statistical information on the effectiveness of vaccines – has made nudges controversial.


Media outlets such as the Daily Telegraph and The Epoch Times have characterised nudges as “psychological tricks” and “manipulation” to “increase compliance”.


Such framing suggests widespread misunderstanding about what nudges are, how they work, and what they can achieve.


To recap, a “nudge” is about making a socially desirable decision easier or more attractive. That is all.


A classic example is organ donation. Most people support it. But few make the effort to “opt in” to donation schemes attached to driver’s licences. Making schemes “opt-out” has increased donor rates from less than 20% to 98%.


They are clear that changing “choice architecture” should never limit options or significantly change incentives to choose any particular option.


In other words, anything that limits free choice is not a nudge:

To count as a mere nudge, the intervention must be easy and cheap to avoid. Nudges are not mandates. Putting fruit at eye level counts as a nudge. Banning junk food does not.


This potential – to influence behaviour without limiting individual choice – has led democratic governments to establish dedicated units, drawing on behavioural research, to advise on “choice architecture”.


The United Kingdom was first in 2010, creating a Behavioural Insights Team within the UK Cabinet Office. The United States, Australia, Canada, the Netherlands, Germany, Singapore and Japan have followed. In 2018 the OECD counted more than 200 institutions globally applying behavioural insights to public policy.


Like other government agencies, these units are publicly accountable. They are not secret and clandestine as some critics have claimed. Indeed, the attempt to portray them as such has required a considerable twisting of facts.


For example, the “secret documents” the Daily Telegraph claimed it needed a Freedom of Information request to “reveal”, were actually available on the website of the NSW Behavioural Insights Unit.


You can read how the unit framed choices for youths to wear face masks here, and about its behavioural strategies to increase COVID testing here.

How well do nudges work?


Ironically, the attempt to paint nudges as sinister is occurring at the very time the effectiveness of nudges is being hotly debated within academia.


An analysis of more than 200 nudging studies published in December 2021 found the average effect of nudges was “small to medium”.


A subsequent study published in June 2022 was even less positive. It argued the results of the December 2021 paper were due to “publication bias” – with journals being more likely to accept papers reporting the effectiveness of nudges.


Other researchers argue that real interventions tend to be less effective than the experiments academics do in their labs.

Is it as bad as they say it is?


To say nudges are useless is to jump the gun. This is a developing practice. Trial and error is part of its development. We may find nudges useless in particular areas or circumstances, but highly effective for some things, or if done in a certain way.


Multiply even small positive effects of low-cost nudges by millions of people and there’s an easy case to make for the value of nudges that only change a small percentage of behaviour.


Equally, to say nudges are some sinister form of brainwashing is fanciful. There’s absolutely no evidence they can manipulate you to make a choice against your better judgement or own self-interest.


Yes, nudges are designed to influence. They can correctly be described as a form of “libertarian paternalism”. But in essence they are no different to the nudges we give ourselves, from strategically placed “notes of self”.


Portraying them as manipulative and deceptive seems to have less to do with reality than with the desire to paint particular COVID policies, and government actions more generally, in an unfavourable light.


If a nudge supported a bad policy then, yes, the nudge would be bad. But those seeking to nudge us to towards that view ought to make their case on the merits of those policies, not on misinformation.

Know someone who would be interested in reading Are Nudges Sinister Psychological Tricks? Share This Page With Them.

Go From Nudges Back To The Home Page