What Viktor Frankl’s Logotherapy
Can Offer in the Anthropocene 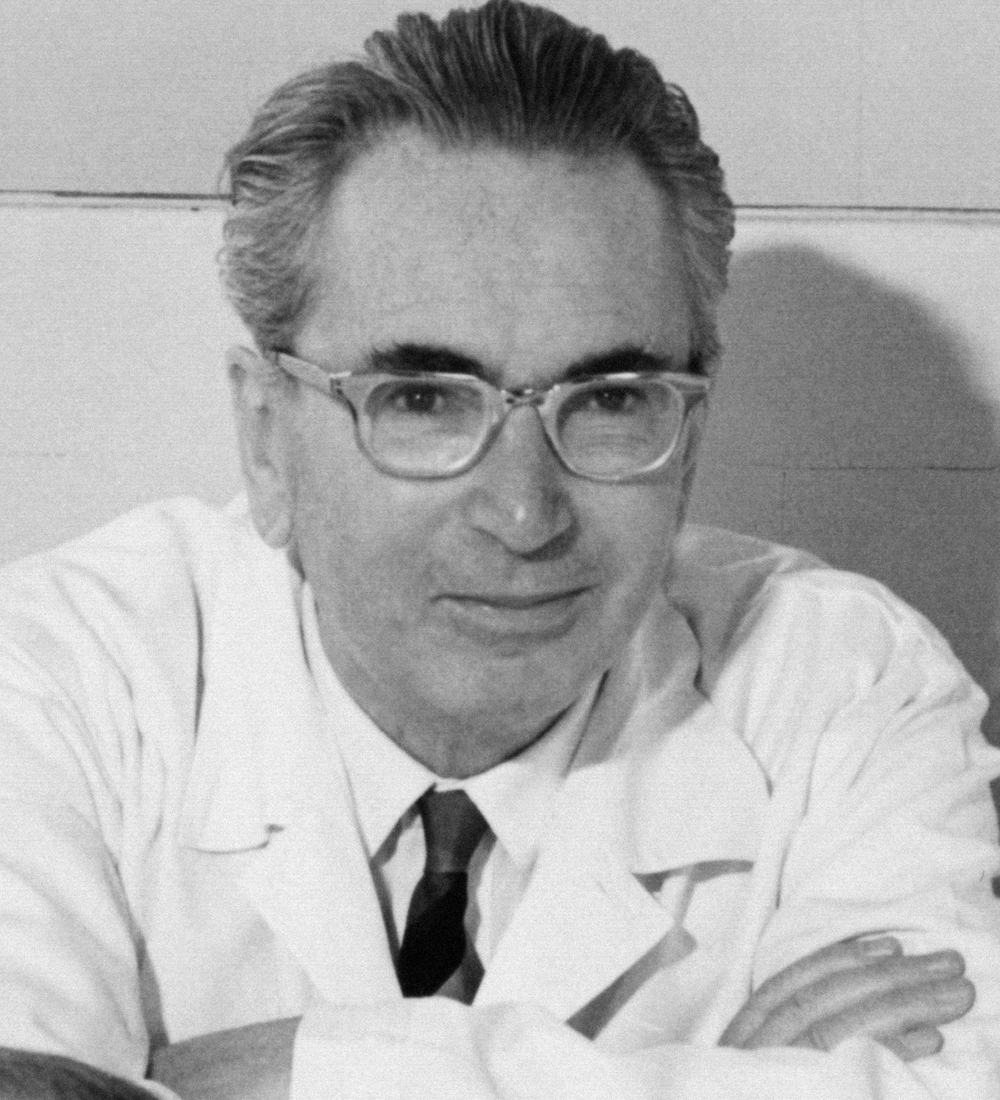 
With our collapsing democracies and imploding biosphere, it’s no wonder that people despair. The Austrian psychoanalyst and Holocaust survivor Viktor Frankl presciently described such sentiments in his book Man’s Search for Meaning (1946). He wrote of something that ‘so many patients complain [about] today, namely, the feeling of the total and ultimate meaninglessness of their lives’. A nihilistic wisdom emerges when staring down the apocalypse. There’s something predictable in our current pandemics, from addiction to belief in pseudoscientific theories, for in Frankl’s analysis, ‘An abnormal reaction to an abnormal situation is normal behaviour.’ When scientists worry that humanity might have just one generation left, we can agree that ours is an abnormal situation. Which is why Man’s Search for Meaning is the work to return to in these humid days of the Anthropocene.

Already a successful psychotherapist before he was sent to Auschwitz and then Dachau, Frankl was part of what’s known as the ‘third wave’ of Viennese psychoanalysis. Reacting against both Sigmund Freud and Alfred Adler, Frankl rejected the first’s theories concerning the ‘will to pleasure’ and the latter’s ‘will to power’. By contrast, Frankl writes that: ‘Man’s search for meaning is the primary motivation in his life and not a “secondary rationalisation” of instinctual drives.’

Frankl argued that literature, art, religion and all the other cultural phenomena that place meaning at their core are things-unto-themselves, and furthermore are the very basis for how we find purpose. In private practice, Frankl developed a methodology he called ‘logotherapy’ – from logos, Greek for ‘reason’ – describing it as defined by the fact that ‘this striving to find a meaning in one’s life is the primary motivational force in man’. He believed that there was much that humanity can live without, but if we’re devoid of a sense of purpose and meaning then we ensure our eventual demise.

In Vienna, he was Dr Viktor Frankl, head of the neurology department of the Rothschild Hospital. In Auschwitz, he was ‘number 119,104’. The concentration camp was the null point of meaning, a type of absolute zero for purpose in life. Already having developed his theories about logotherapy, Frankl smuggled a manuscript he was working on into the camp, only to lose it, later forced to recreate it from memory. While in the camps, he informally worked as a physician, finding that acting as analyst to his fellow prisoners gave him purpose, even as he ostensibly assisted others. In those discussions, he came to conclusions that became foundational for humanistic psychology.

One was that the ‘prisoner who had lost faith in the future – his future – was doomed’. Frankl recounts how even in the camps, where suicide was endemic, the prisoners who seemed to have the best chance of survival were not necessarily the strongest or physically healthiest, but those somehow capable of directing their thoughts towards a sense of meaning. A few prisoners were ‘able to retreat from their terrible surroundings to a life of inner riches and spiritual freedom’, and in the imagining of such a space there was the potential for survival.

Frankl imagined intricate conversations with his wife Tilly (who, he later discovered, had been murdered at another camp), or of lecturing a future crowd about the psychology of the camps – which was precisely his work for the rest of his life. Man’s Search for Meaning – with its conviction that: ‘Man can preserve a vestige of spiritual freedom, of independence of mind, even in such terrible conditions’ – became a postwar bestseller. Translated into more than two dozen languages, selling more than 12 millions copies, and frequently chosen by book clubs and college psychology, philosophy and religion courses, Man’s Search for Meaning has its place in the cultural zeitgeist, with whole university and hospital departments geared around both humanistic psychology and logotherapy. Even though Frankl was a physician, his form of psychoanalysis often seemed to have more in common with a form of secularised rabbinic Judaism than with science.

Man’s Search for Meaning is structured in two parts. The first constitutes Frankl’s Holocaust testimony, bearing similarity to writings by Elie Wiesel and Primo Levi. In the second part, he elaborates on logotherapy, arguing that the meaning of life is found in ‘experiencing something – such as goodness, truth and beauty – by experiencing nature and culture or … by experiencing another human being in his very uniqueness – by loving him’, not simply in spite of apocalyptic situations, but because of them.

The book has been maligned as superficial pop-existentialism; a vestige of middle-brow culture offering platitudinous New Age panaceas. Such a reading isn’t entirely unfair. And seven decades later, one might blanche at the sexist language, or the hokey suggestion that a ‘Statue of Responsibility’ be constructed on the US West Coast. However, a fuller consideration of Frankl’s concept of ‘tragic optimism’ should give more attention to the former rather than the latter before the therapist is impugned as overly rosy. When he writes ‘Since Auschwitz we know what man is capable of. And since Hiroshima we know what is at stake,’ it’s hard to accuse him of being a Pollyanna.

Some critics accuse Frankl of victim-blaming. The American scholar Lawrence Langer in 1982 even wrote that Man’s Search for Meaning is ‘almost sinister’. According to him, Frankl reduced survival to an issue of a positivity; Langer argues that the book does a profound disservice to the millions who perished. A critique such as this has some merit to it, and yet Frankl’s actual implications are different. His book evidences no moralising against those who’d lost a sense of meaning. Frankl’s study doesn’t advocate logotherapy as an ethical but as a strategic response to tragedy.

When identifying meaninglessness, it would be a mistake to find it within the individual who suffers. Frankl’s fellow prisoners weren’t responsible for the concentration camps, just as somebody born into a cycle of poverty isn’t at fault, nor is any one of us (unless you happen to be an oil executive) the cause of our collapsing ecosystem. Nothing in logotherapy implies acceptance of the status quo, for the struggle to alter political, material, social, cultural and economic conditions is paramount. What logotherapy offers is something different, a way to envision meaning, despite things not being in your control. In his preface to the book’s 2006 edition, Rabbi Harold Kushner glosses Frankl’s argument by saying that: ‘Forces beyond your control can take away everything you possess except one thing, your freedom to choose how you will respond to the situation.’

Far from being obsessed with the meaning of life, logotherapy demands that patients orient themselves to the idea of individual meaning, to ‘think of ourselves as those who were being questioned by life – daily and hourly’, as Frankl writes. Logotherapy – asking patients to clear an imaginative space to orient themselves towards some higher meaning – provides a response to intolerable situations.

Frankl writes that he ‘grasped the meaning of the greatest secret that human poetry and human thought and belief have to impart: The salvation of man is through love and in love.’ It is easy to be cynical about such a claim, proving Frankl’s point. In our small, petty, limited, cruel era, it seems hard to come across much collective human affection, and yet our pettiness, limitations and cruelty are in their own way a response to the looming apocalypse. ‘Every age has its own collective neurosis,’ Frankl writes, ‘and every age needs its own psychotherapy to cope with it.’ If we’re exhausted, fatigued, anxious, enraged, despairing and confused at the collapse of our individual fortunes, our social networks, our communities, our industries, our democracy, our very planet, it’s no wonder we’ve developed a certain collective neurosis. Yet humanistic psychology has not been in vogue for decades; in its place, we have fashionable sociobiology and misapplied neuroscience in the form of the Panglossian Steven Pinker and the Svengali platitudes of Jordan Peterson.

In one of the book’s most remarkable passages, Frankl recounts how, when his work group was allowed a meagre few hours of rest, a fellow prisoner interrupted them and ‘asked us to run out to the assembly grounds and see a wonderful sunset’. With a prose style that tends towards the clinical, albeit with a distinct sense of the sacred, Frankl here gives himself over to the transcendent:

Standing outside we saw sinister clouds glowing in the west and the whole sky alive with clouds of ever-changing shapes and colours, from steel blue to blood red. The desolate grey mud huts provided a sharp contrast, while the puddles on the muddy ground reflected the glowing sky.

From this vision, here in a place whose very definition was the nullification of meaning, another prisoner remarked: ‘How beautiful the world could be!’ Such is the promise of logotherapy – not to ensure that there will be more sunsets, for that is our individual and societal responsibility. What logotherapy offers, rather, is the promise to be in awe at a sunset, even if it does happen to be our last one; to find wonder, meaning, beauty and grace even in the apocalypse, even in hell. The rest is up to us.