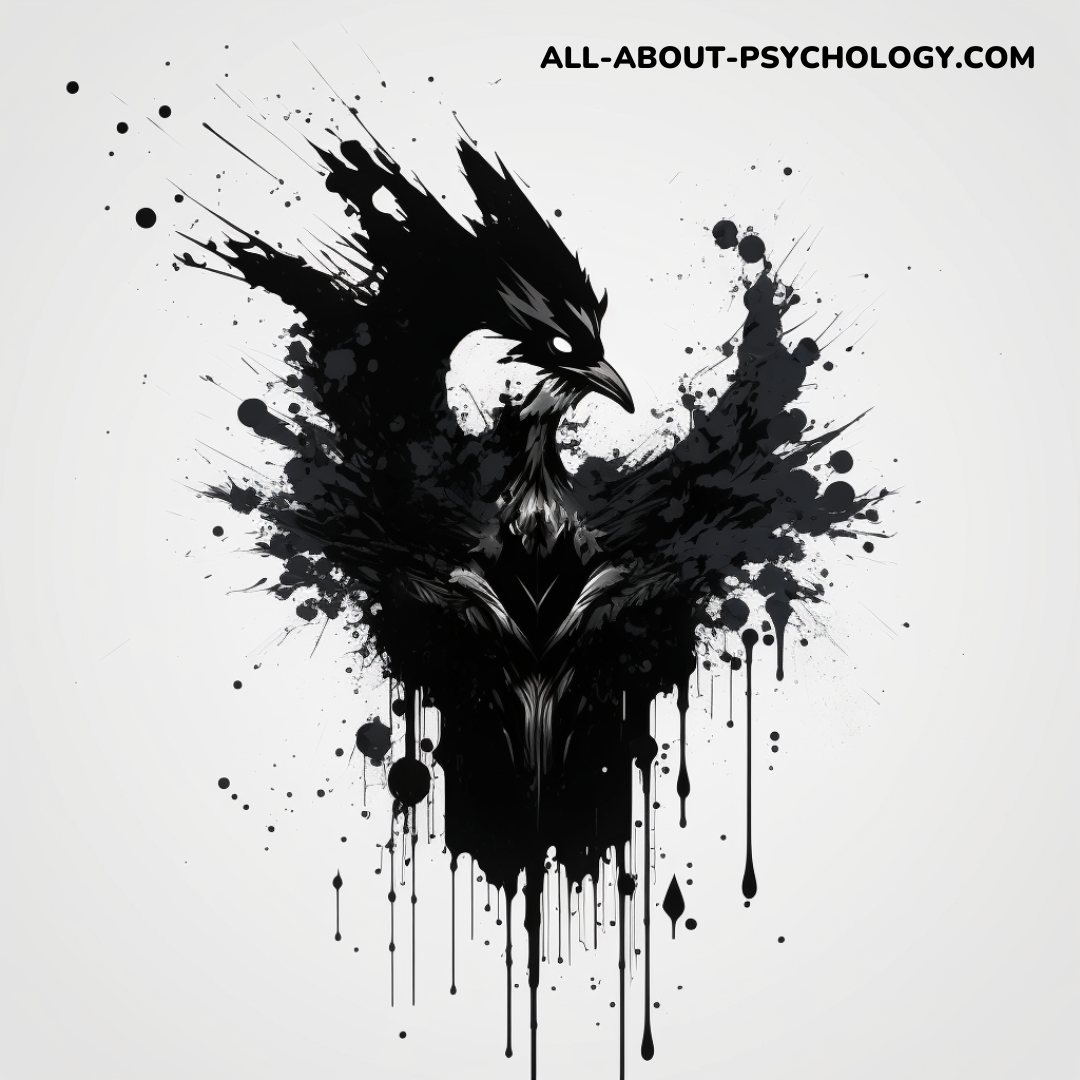 
“Sometimes we see a cloud that’s dragonish, / A vapor sometime like a bear or lion”, says Shakespeare’s Mark Antony in a moment of lamentation. He is describing pareidolia: the tendency to hallucinate faces or patterns in meaningless shapes. This seemingly widespread ability has long been a wellspring for visual artists. The Renaissance polymath Leon Battista Alberti went so far as to suggest that imitative art began when the ancients made minor changes to veined marble or knotted wood, bringing out a figure that was already partially present to their eyes. A parallel process underlies divinatory rituals: searching for images formed in tea leaves, spilt milk, or the distortions of a crystal ball. From the mid-nineteenth to early-twentieth centuries, a microgenre of books appeared at the convergence of these two traditions. Marrying accidental artistry — the kind, for example, employed by Victor Hugo in his suggestive use of stains — to divinatory claims, inkblot books were part bestiary, part parlor-game séance, cataloging those creatures that seemed to crawl out of the inkwell with the slightest encouragement.

But what exactly do we spot in a blot of ink? For Justinus Kerner (1786–1862), who produced a series of kleksographien (or “blotograms”) decades before the Rorschach test laid claim to this form, the answer was not “the projections of our own minds”. Rather, the faces that appeared on this doctor-poet’s page were “daguerreotypes of the invisible world”. Kerner discovered the technique by chance. Writing with eyes clouded by cataracts, he tended to dribble excess ink onto his paper. When folded, the mirrored blots gained the symmetry of humanoid faces.

Kleksographien (1857) features dozens of otherworldly creatures, hellfiends, and messengers of death (todesboten), begun as indelible smears and sometimes further infused with life through Kerner’s embellishments. Due to “the blackness of ink”, Kerner believed that “the power of a noxious demon / Often hides in the inkwell”. To browse through this volume is to become uncomfortably attuned to the mind’s malleability. We meet goat-headed deities wreathed by trumpet vines, a bearded man whose waist has grown pustule skulls, and a full-page spread of mothy recursions. Poems accompany the klecksography, often styled as announcements from distant realms. These offer origin stories for the spirits, who spawn in moonlight from the ruins of castle dungeons and other gothic landscapes.

While Kleksographien echoes lifelong interests for Kerner — who wrote the first biography of mesmerism’s namesake and once used hypnotism to exorcize the spirit of a bloodlusting monk — other nineteenth and early-twentieth century inkblot books struck a more juvenile tone. Indeed, as Damion Searls tracks in The Inkblots, playing “klecks” or “blotto” was once a common activity for children: Carl Jung recounts filling “a whole exercise book with ink blots” and “giving them fantastic interpretations”.


Ruth McEnery Stuart and Albert Bigelow Paine’s Gobolinks (1896) captures the youthful, imaginative quality of the inkblot and features characters such as “A Flit-Flit Flitter”, “The Kangar-Rooster-Roo”, and other “goblin[s] of the ink-bottle”. Commenting humorously on the tendency of their animal blots to feature a plethora of tails, the authors note that they “have added nothing to the price of the book on account of undue liberality in the matter of caudal appendages”. In an even more amateur vein, John Prosper Carmel’s Blottentots (1907) infuses Kerner’s accursed characters (it features menacing “Gobble-Me-Ups” and “Bucking Nightmares”) with Stuart and Paine’s formal silliness. A blot that looks like two terriers with tails as long as leads is named after the poetic form that accompanies the image: doggerel. Yet all is not innocent play. Some of the books’ “comically monstrous figures” are evoked to suggest “the cute domestication of sinister forces”, writes Susan Zieger, and are named in ways that echo “nineteenth-century racist discourses of ‘Hottentots’ and ‘Golliwogs’”.

John Prosper Carmel, Blottentots and How to Make Them (San Francisco and New York: Paul Elder and Company, ca. 1907).


While these blotted books have artistic precursors, such as Alexander Cozens’ mechanism for summoning imaginary landscapes, their chronological clustering prompts us to ask if there is something historical at play. Are their ghostly associations part of the wider cross-pollination between new media technologies and occult perception in the nineteenth century? (Kerner, after all, glossed his klecksography as akin to “the pictures in a photographic camera”.) This seems to be the case, at least, in another blot experiment, Cecil Henland’s The Ghosts of My Friends (1915) — an autograph book that begins with an epigraph from A Midsummer Night’s Dream: “The best in this kind are but shadows”. However, whereas the album amicorum tradition sought preservation — as if, through writing, friendship might withstand even death — the signatures in Henland’s book are to be folded over while wet, creating a nearly illegible effect, blurring alphabetic letters into ghostly characters. Viewing these shapes in light of the title, it is as if ink too gains a documentary capacity, harboring the names, but also the visible spirits, of friends past.

On the other hand, these figures peeking out of ink have always been there. For the anthropologist Stewart Guthrie, pareidolia is not a fringe phenomenon: it is at the core of religious experience. “Anthropomorphism by definition is mistaken, but it also is reasonable and inevitable. Choosing among interpretations of the world, we remain condemned to meaning, and the greatest meaning has a human face.” Condemned, in their own way, to meaning, inkblot books play upon the tension between word and image. Unlike Hermann Rorschach’s infamous assessment, meant to plumb an individual’s personality, these works hint toward a universal vocabulary of shadows. “The strangest images and figures are formed entirely from themselves”, wrote Kerner in an 1854 letter, they “resemble those from the bygone eras of the dawn of mankind”.

Go From Inkblots: Fearful Symmetry Back To The Home Page