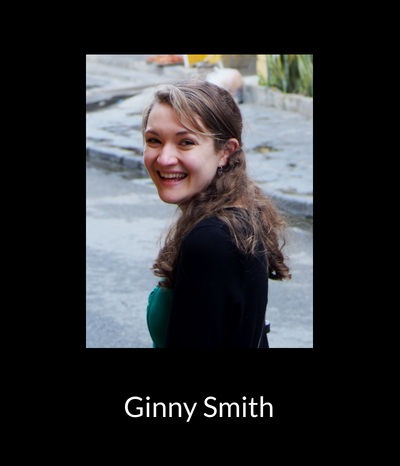 Ginny Smith studied Natural Sciences at the University of Cambridge, specialising in Psychology and Neuroscience, and now spreads her love of science as a science writer and presenter. She performs her range of science shows about the brain at science festivals and to school groups in the UK and internationally, as well as teaching at the University of Cambridge's Institute of Continuing Education.

Ginny is a presenter and producer for the British Psychological Society's Psych Crunch podcast, a regular on the Cosmic Shambles Network, and previously worked with the Naked Scientists and Cambridge TV. She loves to write science articles for a general audience and is a regular writer for DK science books.

You note on your website that you studied Natural Sciences at the University of Cambridge before discovering a love of brains and specialising in Psychology. How did this discovery come about and what do you love most about brains?

The way the Natural Sciences course works means you study 4 subjects in your first year. I had applied to read Chemistry, so I was taking Chemistry (obviously!), Materials Science and Maths, but I needed a 4th subject. On a bit of a whim, I picked 'Evolution and Behaviour', and this turned out to be my favourite subject, particularly the behaviour modules, which touched on both animal and human behaviour. I had only really encountered social psychology before, so hearing about experimental psychology topics was a revelation - I just found it fascinating how much we had discovered about how our brain worked, but even more so, how much was left to find out. I think it's the challenge that drew me to psychology and neuroscience.

The brain is incredibly complex, and understanding it is arguably the biggest challenge in science - how could that not be fascinating!? It is also a subject that applies so directly to each of our lives - understanding our own and each other's brains better can only help us navigate life!

If you had to recommend one book on brain science, what would it be?

I am a huge fan of Oliver Sacks - he is a wonderful storyteller, as well as a great scientist. The first of his books I read was 'The man who mistook his wife for a hat', which is a collection of short stories about patients he met in his work as a neurologist. I think it's so important to remember that the conditions we learn about affect real people, who have real lives, and this book portrays this so beautifully. It also (I believe) inspired some storylines in medical drama House! 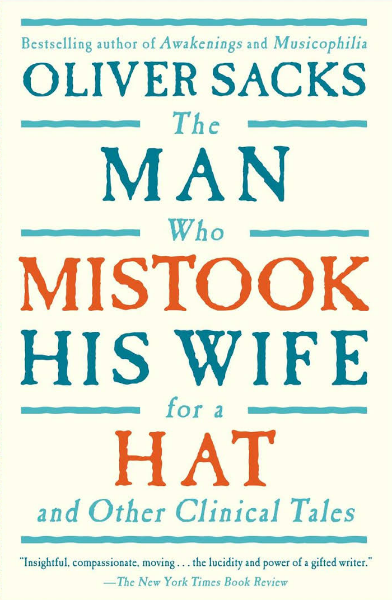 How would you rate public understanding of psychological science?

I think it can be a challenge to separate real psychological research from all the pseudo-psych that is out there, and this leads to some very common misconceptions. For example, the idea of people being left or right brained has been picked up and repeated in so many places that it's easy to understand why many people believe it. However there is actually no evidence that 'brain types' exist, or affect the way people work or learn! It is true that some abilities (such as language) are localised to one of our two hemispheres, but there's no evidence people can be 'left or right brained'. In fact, the two halves of our brain are working together all the time, communicating via a large tract of neural connections called the corpus callosum. There is some interesting work on 'split brain' patients, who had this connection cut to treat severe epilepsy. These patients experienced some fascinating symptoms where the halves of their brains seemed to 'disagree' on what they should do - but luckily for the vast majority of us, this will never be an issue!

As an experienced science communicator, what would you say is the most important skill a psychologist needs to develop in order to explain their research in a way that the media, and the general public can understand?

As with all science communication, it is vital psychologists cut through the jargon when talking to a non-specialist audience. Your colleagues might know what you mean if you talk about the dorso-lateral PFC, the five-factor model or CBT for BPD, but that doesn't mean everyone does! By translating jargon into terms anyone can understand, and avoiding acronyms, it is much more likely that your audience will follow what you are saying.

What do you say to people who think psychology is not a 'proper' science?

That I used to agree with them! Before I went to university, I hadn't had much exposure to psychology, and thought of it more as subject that went alongside arts and humanities than the 'hard' sciences. But I think this was as much a misunderstanding of what science is as of psychology itself. Science isn't a collection of facts in a text book, it's a way of looking at the world, of asking questions and collecting evidence to answer them, and this is exactly what is done in experimental psychology. I find it particularly interesting where the lines between psychology and neuroscience blur, and we can use our understanding of one to inform the other.

Could you tell us about the thinking behind Cosmic Superheroes and why your superhero's superpower is that she can see brainwaves.

The project came about after a discussion between Trent Burton (of Cosmic Shambles) and science author and broadcaster Kat Arney, who had recently been to see the Wonder Woman movie. They both loved the strong female character but realised how few female superheroes there are in popular culture, and how similar they all are (particularly in the sexy outfit department!) So Trent decided to gather together a group of amazing women to create their own superheroes - and I was lucky enough to be asked to be one of them.

We all drew on our own areas of expertise for our superheroes so, of course, mine had to be brain related. I chose the ability to see brainwaves because of the fascinating findings that have come out of EEG research over the last 100 years. It turns out patterns of activity in our brains can predict our movements even before 'we' 'decide' to make them - so wouldn't it be amazing to know what someone was about to do before they did?! To take it one step further, I gave my superhero the ability to manipulate these brainwaves - this can be done currently using Transcranial Magnetic Stimulation (TMS), which can turn on or off areas of the brain, rendering people unable to speak, or causing limbs to move without their control. Of course, unlike in reality, my superhero can do this from a distance, without the subject's knowledge - but luckily she would only ever use these powers for good!


Of all the articles you've written about and curated as an editor for the Things We Don't Know (TWDK) website, which one did you personally find most interesting and why?

I loved writing the article on Déjà vu, as it was something I knew nothing about. Though I have experienced it many times, I had also never really thought about how strange a phenomenon it is! It was fascinating to read through the theories, and what might be going on in the brain when we experience Déjà vu. One idea is that it might be a spill-over of the feeling of familiarity - perhaps one item in a scene subconsciously reminds us of something we have seen before, and we misattribute this feeling of familiarity to the whole scene. Another idea is that there might be a temporary delay in one of the neural pathways used for vision- these are known colloquially as the 'what' and 'where' pathways. If one was delayed by a neural glitch, by the time the second pathway reached consciousness, your brain would already be aware of the scene via the first pathway - so it would feel familiar. Déjà vu, however, is a fundamentally challenging phenomenon to study because it is impossible to induce it in the lab, so it may be a while before we solve this particular question. 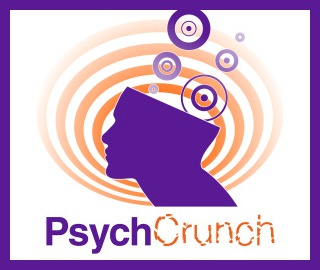 What can listeners expect from the PsychCrunch podcast?

In these podcasts we take real psychological research and explore its practical applications. In each episode we interview scientists to find out how we can use their research to improve our everyday lives. In the first episode I made, we discussed getting a better night's sleep, and I am currently working on one about making people laugh! My colleague, Christian Jarratt, has also covered topics from preventing procrastination to buying better gifts. While based in hard science, we aim to make them fun and interesting to non-scientists, as well as those with an interest or background in psychology.

I always seem to have a variety of projects on the go which I love! I recently performed at Cheltenham Science Festival, including a sell-out talk on memory for an adult audience, and schools workshops on the same topic, which were great fun. And I regularly attend schools and other events with my shows and workshops. I also teach both online and in person at the University of Cambridge Institute of Continuing Education.

Outside of my shows & events, I am currently re-working and updating a psychology quiz book, so have been writing about what happens in the brain when we learn, and why it is so important to keep your brain active as you age. At the same time I am working on a pitch for a book of my own, so fingers crossed that will be happening in the not too distant future!

I have also just launched my YouTube channel, with bite-sized videos on a range of psychology and neuroscience topics. It has been a steep learning curve (I had never edited video before starting the channel!) but I am really enjoying working on it.


Go From Ginny Smith Q & A Back To The Home Page