What Is Cute Aggression? 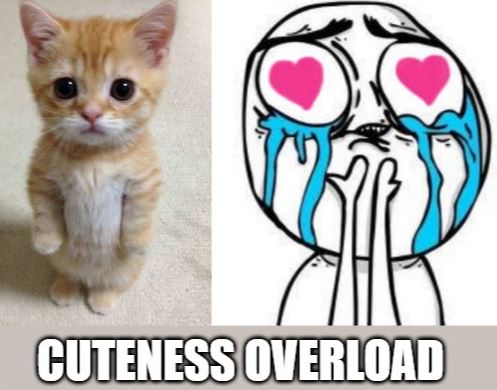 Ever had the uncontrollable urge to pinch or squeeze something really cute? More often than not, it’s cute babies, children and animals that provoke this intriguing behavioral response.

The compulsion to squeeze, squish, pinch, eat, crush and bite cute things, without any actual desire to inflict or cause harm, is known as cute aggression. Scientific interest in the subject arose in large part courtesy of a poster presentation of research findings at the annual conference Society for Personality and Social Psychology in 2013, titled: "It’s So Cute I Want To Squish it! How Cuteness Leads To Verbal Expressions of Aggression"; which was introduced by the authors as follows:

Such was the media interest in cute aggression following the presentation, the study even featured on the very popular, British comedy panel game television quiz show QI.

The Function of Cute Aggression

Building on their original work, Dyer et al began to explore the function of cute aggression. In doing so, they suggested that cute aggression was a dimorphous expression of emotion, which will typically arise when we become overwhelmed with emotion. Its function, therefore, is one of emotional regulation. A biologically driven balancing act, cute aggression kicks in when positive emotions are running so high, that if left unchecked, they could become physiologically damaging. As Dyer and Aragón note:

It might be that how we deal with high positive-emotion is to sort of give it a negative pitch somehow.

If you teach psychology, cute aggression is a great topic to cover with your students, not least because its a subject that most, if not all of your students, will be able to relate to. Here are a few ideas that you could explore along the way.


David Webb is the owner, writer and host of three websites built around his teaching and research interests; including All-About-Psychology.Com which receives over two million visits a year.

A passionate promoter of psychology through social media, over 850,000 people follow his psychology Facebook page and he is featured on the British Psychological Society list of the 100 most followed psychologists and neuroscientists on Twitter.

Please help support the website by visiting the All About Psychology Amazon Store to check out an awesome collection of psychology books, gifts and T-shirts.