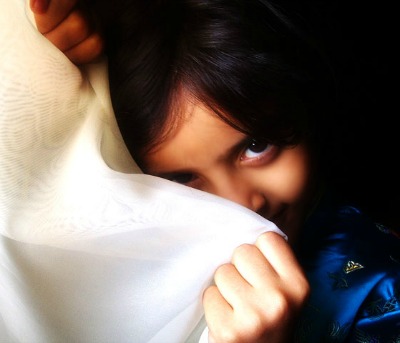 The following article was originally published on PENN STATE NEWS

Three little girls sit together in a room, playing with the toys surrounding them. One of the girls - "Emma" - has clearly taken charge of the group, and the others happily go along with her. A fourth girl - "Jane" - enters the room, hiding her face while clinging to her mother. The first three continue to play, while mom sits Jane down with some toys a few feet away from the group. After mom leaves, however, Jane sits alone against the wall. Emma makes her way over to Jane, inviting her to play with the rest of the group. Jane - looking trapped - starts to cry, then stands up and tries desperately to open the door.

This particular scene played out about 15 years ago in the lab where developmental psychologist Koraly Pérez-Edgar was a postdoctoral fellow. The girls, all 4 years old, were videotaped so that the researchers could study their interactions. The differing temperaments of the children are so obvious that Pérez-Edgar, now an associate professor of psychology at Penn State, still shows this video to her graduate students as an example of behavioral inhibition.

"The inhibited child will sit and watch, but she doesn't play alone or with others. The idea of being included appears to terrify her," Pérez-Edgar notes. Her work over the years has demonstrated that this kind of extreme shyness observed in children is often a predictor of anxiety later in life. She says that the way shy children behave will evolve as they grow up, "but they can remain uncomfortable in their own skin in new social situations." 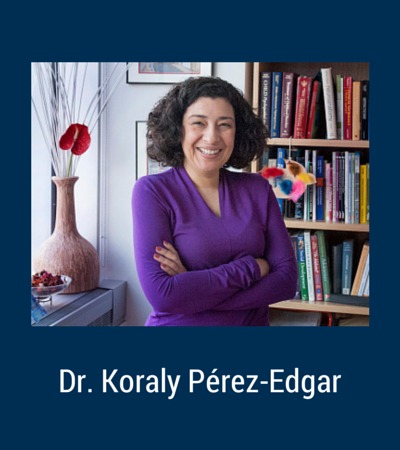 
Pérez-Edgar runs the University's Cognition, Affect, and Temperament Lab. She has a team of nearly 30 people working with her: one postdoctoral fellow, three research assistants, five graduate students, and about 20 undergraduates. The researchers work with children from 4 months old through young adulthood, using a variety of tools to aid their work in exploring anxiety. From clinical interviews and questionnaires to genetics and neuroimaging, Pérez-Edgar and company are trying to learn more about what their young subjects are experiencing, why, and how to help.

Dr. Koraly Pérez-Edgar, explaining why anxiety can be positive and discussing ways students can work on overcoming anxiety

The Beginnings of Anxiety

It's rare for a child to be clinically diagnosed with an anxiety disorder prior to adolescence. "Kids aren't yet anxious, but can have the temperament that may predispose them to become anxious," is the way Pérez-Edgar puts it. She is careful to draw a distinction between normal separation anxiety, which is commonly experienced by 2- and 3-year-olds, and what might be called an anxious temperament.

"When [a behaviorally inhibited] baby is exposed to novel sensory information - it can be something as benign as one of those mobiles you put over the crib or a normal jack-in-the-box - a lot of babies giggle and laugh, they think it's funny. But these babies are terrified, they cry and arch their backs - their systems have just said 'danger, danger, danger,'" she explains. Later predictors may include difficulty building relationships and in socializing with peers, as demonstrated in the video.

Kagan and Garcia Coll looked at the responses of their young subjects to an unfamiliar person or experience: "Some [children] become quiet, cease the activity in which they are engaged, retreat to a familiar person, or withdraw from the field in which the unfamiliar event occurred," they write. The children who responded this way were considered behaviorally inhibited.

When Pérez-Edgar arrived at Harvard, she continued this line of research, working with Kagan and then with an earlier protege of Kagan's, Nathan Fox. By following subjects into their teens and beyond, the researchers were able to confirm the link between behavioral inhibition in young children and anxiety later in life.

Fox, a developmental psychologist at the University of Maryland, began studying a group of 153 4-month-olds in 1993 and 1994. He and Pérez-Edgar, with colleagues at the University of Maryland, have been following this group ever since, observing each child from 8 to 12 times over the years. The 4-year-old girls in the video Pérez-Edgar still uses were part of this larger group - and likely still are, now as young adults.

Once a behavioral link had been established, researchers began to speculate about the neurology involved. Could extreme shyness be traced to differences in the brain? Kagan, among others, predicted that behaviorally inhibited babies - and the adults they would become - might have an overly sensitive limbic system, and in particular an overly sensitive amygdala.

"The limbic system is an early-evolving area of the brain that shapes the individual's response to threat and novelty in the environment," says Pérez-Edgar. "It is very phylogenetically old - lizards have a limbic system." At the center of this system, she continues, is a small region called the amygdala. "If you look at other animals, when the amygdala responds, the first thing they do is they freeze. And often, after freezing, they withdraw."

The amygdala is the seat of what we know as the fight-or-flight reaction. When stimulated, even after millions of years of evolution, it still triggers your nervous system to freeze and assess the situation (likely quicker than you actually have time to process it), and then tells the rest of your body either to stay put and defend or to head for the hills. It turns out that when the amygdala is overly-sensitive when it determines there is reason for fear, it can cause anxiety.

With advances in technology, specifically the use of functional magnetic resonance imaging (fMRI), researchers have been able to actually see this link between brain and temperament.  After the babies in Fox and Pérez-Edgar's study became teenagers and were able to undergo MRI scans, she reports, "We were able to show that yes indeed, teenagers who as babies looked so fearful in the face of novelty, in fact their amygdalae did respond more vigorously."

At this point, however, the direction of causation remains to be established. "Here we have a chicken versus egg situation," says Pérez-Edgar. "Is it because you're temperamentally reactive that your amygdala is overactive, or vice versa?"

She is currently conducting a study with children ages 9 to 12 to observe how attention and temperament might be linked to social behavior - that is, the ways a child reacts to social situations. As she points out, the amygdala is not solely activated by fear; it is also known to be responsive to other social stimuli. Over the course of this study Perez-Edgar will observe patterns of social behavior, both by physically watching children interacting and also by collecting EEG (electroencephalogram) and fMRI information.

One way that Pérez-Edgar and colleagues are trying to help anxious children is by behavioral therapy: diverting their attention away from what is making them anxious. The researchers hypothesize that by training the brain of a child to not seek out things that make her anxious and possibly by focusing her attention elsewhere, her anxiety will be reduced.

With this research and more, Pérez-Edgar is hopeful that she and others will be able to gain further insights about how brain structure and behavior influence each other, so that some day Jane can comfortably play with other children and grow into a happy, well-adjusted adult.


Go To The Child Psychology Page