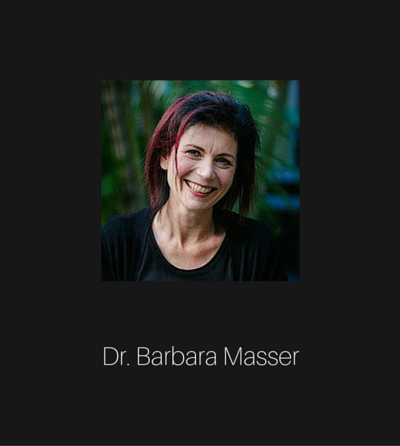 Barbara Masser is an Associate Professor in the School of Psychology at the University of Queensland. She has over 60 papers and reports examining applied social psychological problems. Her work focuses on how jurors perceive victims of sexual assault, and how beliefs about gender influence people’s perceptions more broadly. She is also Australia’s leading researcher examining the psychology of blood donation where she works with the Australian Red Cross Blood Service to promote effective donor recruitment and retention strategies.

Given the various disciplines within psychology, what led you to pursue a professional interest in applied social psychology?

I originally went to Uni to become an economist! But psychology grabbed my interest very early on and I always found the potential of social psychology to be really exciting. Here was a subject area dealing with the big problems in society and potentially offering some answers. For me, applying what we learnt from the basic science seemed only logical. This application helps us refine the theories and extend our knowledge further. And hopefully we bring about some positive changes in society along the way!

Could you tell us about the free online course 'The Psychology of Criminal Justice' which you're involved with as an instructor?

I have taught courses on Psychology and Law for many years and have always been frustrated at the need to jump between crimes and cases to illustrate the different points we were trying to make. So when I and my colleagues (Blake McKimmie and Mark Horswill) were offered the opportunity to develop a MOOC through the UQx/Edx platform, this gave us the ability to design a course from scratch.

In addition, the course continues to run in a self paced mode on the Edx platform. We now use these materials in a flipped classroom format in our Psychology and Law course at the University of Queensland.

As a leading expert on the topic; what are the main psychological factors you examine in relation to blood donor recruitment and retention?

As a social psychologist I started by wanting to understand how people become donors and how they stay donors. We first explored this in studies by using the Theory of Planned Behaviour framework, augmented by constructs that were particularly relevant in this domain (for example, moral norms or personal identity as a blood donor). These analyses identified the constructs that seemed to be key in bolstering people’s intentions to become and remain a donor with these intentions flowing through in some instances to subsequent donation behaviour. These initial explorations were useful and opened my eyes to the potential for research in this area.

As a result, and through my longstanding collaboration with the Australian Red Cross Blood Service, I have been fortunate to be able to conduct research in areas as diverse as considering the psychological impact of interventions to prevent vasovagal reactions through to designing and evaluating interventions to improve the presentation rate of first time donors. In conducting this research, we now draw on a number of different theoretical frameworks to enhance our understanding of the psychology of blood donation – everything from the Theory of Planned Behaviour, through to the Transtheoretical Model to Self Determination Theory. In new research we are also now considering the real time affective experience of the donor as they undertake their donation. The aim of this is to identify the key emotions or affective experiences that drive donor retention.

In a number of your published articles, you've drawn upon the 'Theory of Planned Behavior.' Could you briefly explain the thinking behind this theory?

The Theory of Planned Behavior is a cognitive model of rational decision making. The thinking behind this model is that a person’s behavior is influenced by a set of underlying beliefs, and these beliefs vary in importance for different individuals. So you can have beliefs about what you think the positive and negative consequences of acting in a certain way are, and you might also have beliefs about how likely it is that each of these positive and negative consequences will occur. According to the model, these types of beliefs influence your attitude about the behavior. Your beliefs could also be about whether those people who are important to you approve or disapprove of you acting in that way, and your willingness to do what those people think. These beliefs make up what is called your subjective norm, basically what you think others want you to do. Finally, you might have some beliefs about the sorts of things that would encourage you to, or discourage you from, acting in that way, and how influential each of those things is. These beliefs represent your perception of control over this particular behavior. At its logical conclusion, if you change the beliefs that a person holds about engaging in a behavior, or even just change how influential particular beliefs are, you can potentially change a person’s behavior.

So for example, in the context of blood donation many people have positive beliefs and a resulting positive attitude about donating blood – they think it is a good thing to do. However, sometimes they can also think that they cannot do it – the donation center is too far away or not open at the right times. If you can persuade them or show them that the center is open at a time they could make it, then the power of that barrier diminishes, allowing their positive attitude to more strongly influence their intention to donate, ultimately meaning that they may be more likely to become a donor!

You list gender within the criminal justice system as a specific interest. What kind of research have you conducted within this applied area of investigation?

The issue of gender in the criminal justice system has always intrigued me – I remember as a teenager being particularly outraged about a home invasion case at a vicarage in which a teenager was raped. In justifying his lenient sentencing, the judge stated that the trauma suffered by the rape victim had not been that great. As a teenager I didn’t understand how he could reach such a conclusion (and as, an adult, I still don’t..) and how the female victim of this crime could be so easily dismissed.

This case, and the realization that gender equality was still so far off, led me to focus on gender and sexism in my PhD. While I have looked at issues of gender and discrimination in a number of different contexts, the criminal justice system is particularly challenging and one I keep returning to. In our current research we look at decision making in the cases of sexual assault against women. It is one of the few examples of crimes where the default focus is on the victim and what she did or did not in the context of being assaulted. We explore when and how this focus occurs and what can be done to disrupt it to allow cases to be determined by the evidence rather than people’s stereotypes and schemas. We are currently working on evaluating a number of possible interventions that have resulted from our research so far.

What do you personally consider to be the most interesting way psychology interacts with the law? 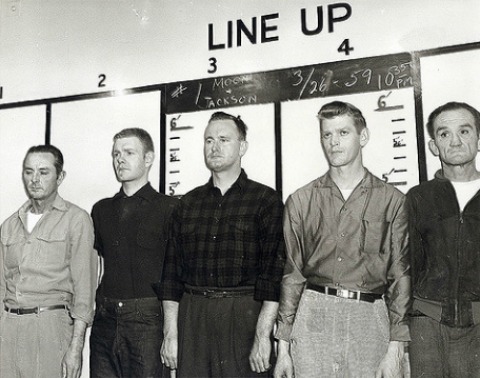 I think the most interesting way that psychology interacts with the law is when it results in a change in the day to day practice of law. This can be in areas as diverse as to how to conduct an effective and fair line up, to finding ways to simplify jury directions so that the judges’ instructions can be understood and followed by the people on the jury. Ultimately this means that justice is more likely to be done (hopefully!)

Do you have any advice or best practice tips for psychology students when conducting applied psychological research?

Don’t underestimate the power of theory and coffee. Theory gives you a roadmap of what may occur and allows you to design an effective study. Coffee allows the experts in the field – the people experiencing the issue you’re proposing to study – to talk and tell you their reality. No information is more valuable.


Go From Barbara Masser Q & A Back To The Home Page