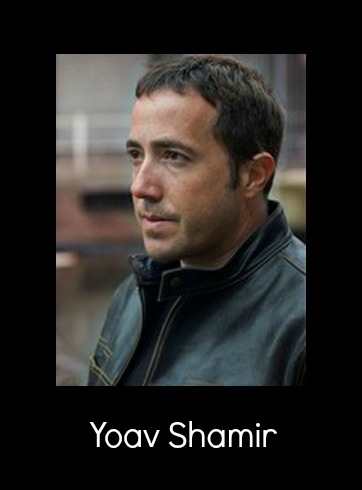 Yoav Shamir is an accomplished award-winning documentary director, producer and cinematographer in film and television. His work reflects his passion to probe and uncover difficult and polarizing subject matter through an observational lens. Yoav delivers penetrating and ethically challenging interviews with an accessible charm, which entertains and appeals to a broad audience.

Yoav Shamir’s films have screened at international film festivals, and have been broadcast on TV channels internationally. In addition to his most recent production, 10% - What Makes A Hero? His critically acclaimed and award-winning documentary feature films include: Marta & Luis (2001), Checkpoint (2003), 5 Days (2005), Flipping Out (2007) and Defamation (2009).

I had the opportunity to interview award-winning documentary director Yoav Shamir about 10% - What Makes A Hero? A must watch film about the minority of people who will always do what is JUST regardless of circumstance.

You cite seeing the compelling image used on the poster for 10% What makes a hero as the catalyst for making the film. Have you managed to find out any more information about the man apparently committing this remarkable act of defiance? 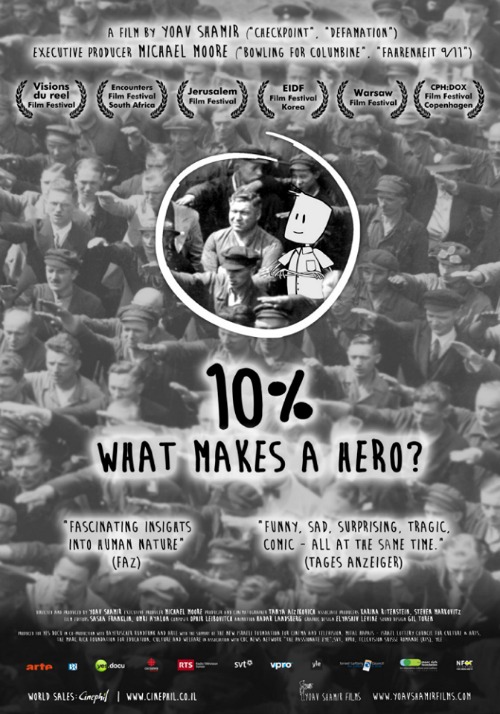 When I first came across this picture, we googled it like most people do these days and found out that the name of the man was August Landmesser, but when we went to Germany, in order to look for his relatives, we came across a few families who claimed that he was related to them, as it’s often happens with famous photos.

In exploring the evolutionary basis of empathy and compassion you highlight the striking differences in primate behavior between chimpanzees and Bonobos. How did it feel to learn that the violent alpha male chimpanzee model of behavior has proved to be a much more successful strategy for survival than the peaceful matriarchal model of social cooperation adopted by the Bonobos? 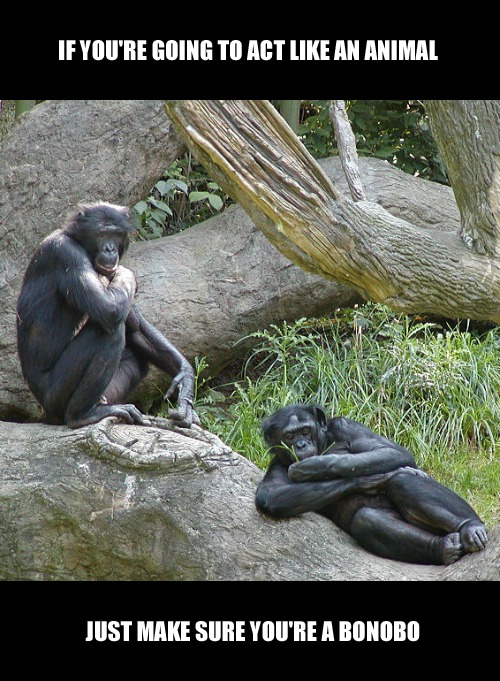 To be honest, it was quite disappointing, especially taking into consideration the fact that it was us, humans, who are responsible for this beautiful species’ extinction. But many species are on the verge of extinction, it’s just part of how nature works.

I hope that the Chimps vs. Bonobos example in the film will be understood in a more allegorical way, as an example of how things can be in a war free world. I am sure that there will be people who will watch the film and this scene will reinforce their brutal approach to life, “hey look what happened to these hippy apes, you see we must be strong!”, but I hope that most viewers will think about it in a more compassionate manner, and ask themselves how can we make our society a bit more civil, and kind, a bit more Bonobo like.

What do you think influences and drives heroism the most, nature or nurture?

That is of course is the 64 million dollar question… But I truly think that for 99% of the people nurture will eventually triumph over nature.

In a way I would like my film to undermine the term ‘Heroism’. One of my favorite playwrights, Bertolt Brecht, wrote: “Unhappy is the land that is in need of heroes”. ‘Hero’ is such a big word and heroism is mostly very subjective. One man’s hero can be another man’s traitor, but everyone can be kind and act altruistically. With a little practice, we can all do better and hopefully, we’ll be able to live in a society in which heroes are not needed at all.

Whose opinions did you personally find most persuasive, the altruistic Dr. James R. Doty or the rational egoist Dr. Yaron Brook?

In many ways what they are saying is very similar. According to Dr. Doty, acting kindly to others will eventually better your own life, while Dr. Brook of the Ayn Rand center looks at achieving personal goals and bettering one’s own life as the ultimate self fulfillment. As strange as it might sound, there is not such a big gap between these points of view. Its in our own self interest to care for others. Many of the heroes we interviewed, while making the film, told us that they could not not have done it. Maybe subconsciously they knew that not helping another person, who certainly needed their help, could have had a devastating psychological impact. There are lot of theories in the game theory field that prove that helping others is eventually in our own self interest in the long run.

I must confess that one of my favorite parts of 10% What makes a hero? was your video call with Dr. Philip Zimbardo and Dr. Roni Berger when they outlined their key research findings. Do you remain as underwhelmed as you seemed at the time with what they concluded?

I have great respect for Prof. Zimbardo and Dr. Berger's work, but it’s also possible that if the same interviews and questionnaires were analyzed  by other researchers the 7 characteristics would have been different. For instance, another researcher might have concluded that an early attachment with the mother is just as important, if not more, than a strong male attachment as the researchers found out. Psychology is not an exact science and as much as we would like it to be, I realize that there is room for individual interpretations. Besides, don't forget it is a film, as a filmmaker I was looking for the “Magic Ingredient” and obviously there isn't one, unfortunately...

Are there any other areas of psychology that interest you as a filmmaker?

I recently screened  the film in a conference in London called ‘Empathy and Compassion in Society’, and I learned a new term - "Self Compassion". It was the hot buzzword in the conference and I found it a fascinating term, which I would love to explore further.

What are you working on at the moment?

I am working on a few projects at the moment, all in the development stage and am trying to make “10%” accessible to a wide audience, especially to young people. I am also trying to keep my website updated, so you can always check out what’s cooking over there.

Connect with Yoav Shamir on Vimeo.

If you like this website please support my Patreon page so that I can continue creating free and comprehensive content and resources for psychology students and educators.


Go From Yoav Shamir interview Back To The Home Page