Nobody Really Knows, And That’s A Problem 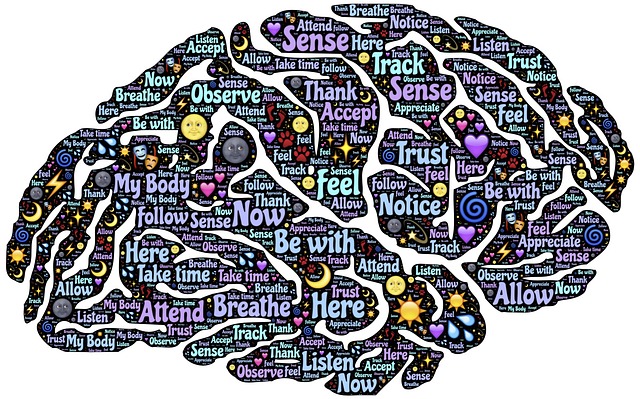 You’ve probably heard of mindfulness. These days, it’s everywhere, like many ideas and practices drawn from Buddhist texts that have become part of mainstream Western culture.


But a review published today in the journal Perspectives on Psychological Science shows the hype is ahead of the evidence. Some reviews of studies on mindfulness suggest it may help with psychological problems such as anxiety, depression, and stress. But it’s not clear what type of mindfulness or meditation we need and for what specific problem.


The study, involving a large group of researchers, clinicians and meditators, found a clear-cut definition of mindfulness doesn’t exist. This has potentially serious implications. If vastly different treatments and practices are considered the same, then research evidence for one may be wrongly taken as support for another.


At the same time, if we move the goalposts too far or in the wrong direction, we might lose the potential benefits of mindfulness altogether.

So, what is mindfulness?


Mindfulness receives a bewildering assortment of definitions. Psychologists measure the concept in differing combinations of acceptance, attentiveness, awareness, body focus, curiosity, nonjudgmental attitude, focus on the present, and others.


It’s equally ill-defined as a set of practices. A brief exercise in self-reflection prompted by a smart-phone app on your daily commute may be considered the same as a months-long meditation retreat. Mindfulness can both refer to what Buddhist monks do and what your yoga instructor does for five minutes at the start and end of a class.


Mindfulness mainly refers to the idea of focusing on the present moment, but it’s not quite that simple. It also refers to several forms of meditation practices that aim to develop skills of awareness of the world around you and of your behavioral patterns and habits. In truth, many disagree about its actual purpose and what is and isn’t mindfulness.


Mindfulness has been applied to just about any problem you can think up - from relationship issues, problems with alcohol or drugs, to enhancing leadership skills. It’s being used by sportsmen to find “clarity” on and off the field and mindfulness programs are being offered at school. You can find it in workplaces, medical clinics, and old age homes.


More than a few popular books have been written touting the benefits of mindfulness and meditation. For example, in a supposedly critical review Altered Traits: Science Reveals How Meditation Changes your Mind, Brain and Body, Daniel Goleman argues one of the four benefits of mindfulness is improved working memory. Yet, a recent review of about 18 studies exploring the effect of mindfulness-based therapies on attention and memory calls into question these ideas.


Another common claim is that mindfulness reduces stress, for which there is limited evidence. Other promises, such as improved mood and attention, better eating habits, improved sleep, and better weight control are not fully supported by the science either.


And while benefits have limited evidence, mindfulness and meditation can sometimes be harmful and can lead to psychosis, mania, loss of personal identity, anxiety, panic, and re-experiencing traumatic memories. Experts have suggested mindfulness is not for everyone, especially those suffering from several serious mental health problems such as schizophrenia or bipolar disorder.


Another problem with mindfulness literature is that it often suffers from poor research methodology. Ways of measuring mindfulness are highly variable, assessing quite different phenomena while using the same label. This lack of equivalence among measures and individuals makes it challenging to generalise from one study to another.


Mindfulness researchers rely too much on questionnaires, which require people to introspect and report on mental states that may be slippery and fleeting. These reports are notoriously vulnerable to biases. For example, people who aspire to mindfulness may report being mindful because they see it as desirable, not because they have actually achieved it.

Only a tiny minority of attempts to examine whether these treatments work compare them against another treatment that is known to work – which is the primary means by which clinical science can show added value of new treatments. And a minority of these studies are conducted in regular clinical practices rather than in specialist research contexts.


A recent review of studies, commissioned by the US Agency for Healthcare Research and Quality, found many studies were too poorly conducted to include in the review and that mindfulness treatments were moderately effective, at best, for anxiety, depression, and pain. There was no evidence of efficacy for attention problems, positive mood, substance abuse, eating habits, sleep or weight control.

What should be done?


Mindfulness is definitely a useful concept and a promising set of practices. It may help prevent psychological problems and could be useful as an addition to existing treatments. It may also be helpful for general mental functioning and well-being. But the promise will not be realised if problems are not addressed.


Mindfulness might be assessed, not through self-reporting, but in part using more objective neurobiological and behavioural measures, such as breath counting. This is where random tones could be used to “ask” participants if they are focused on the breath (press left button) or if their mind had wandered (press right button).


Researchers studying the efficacy of mindfulness treatments should compare them to credible alternative treatments, whenever possible. Development of new mindfulness approaches should be avoided until we know more about the ones we already have. Scientists and clinicians should use rigorous randomised control trials and work with researchers from outside the mindfulness tradition. 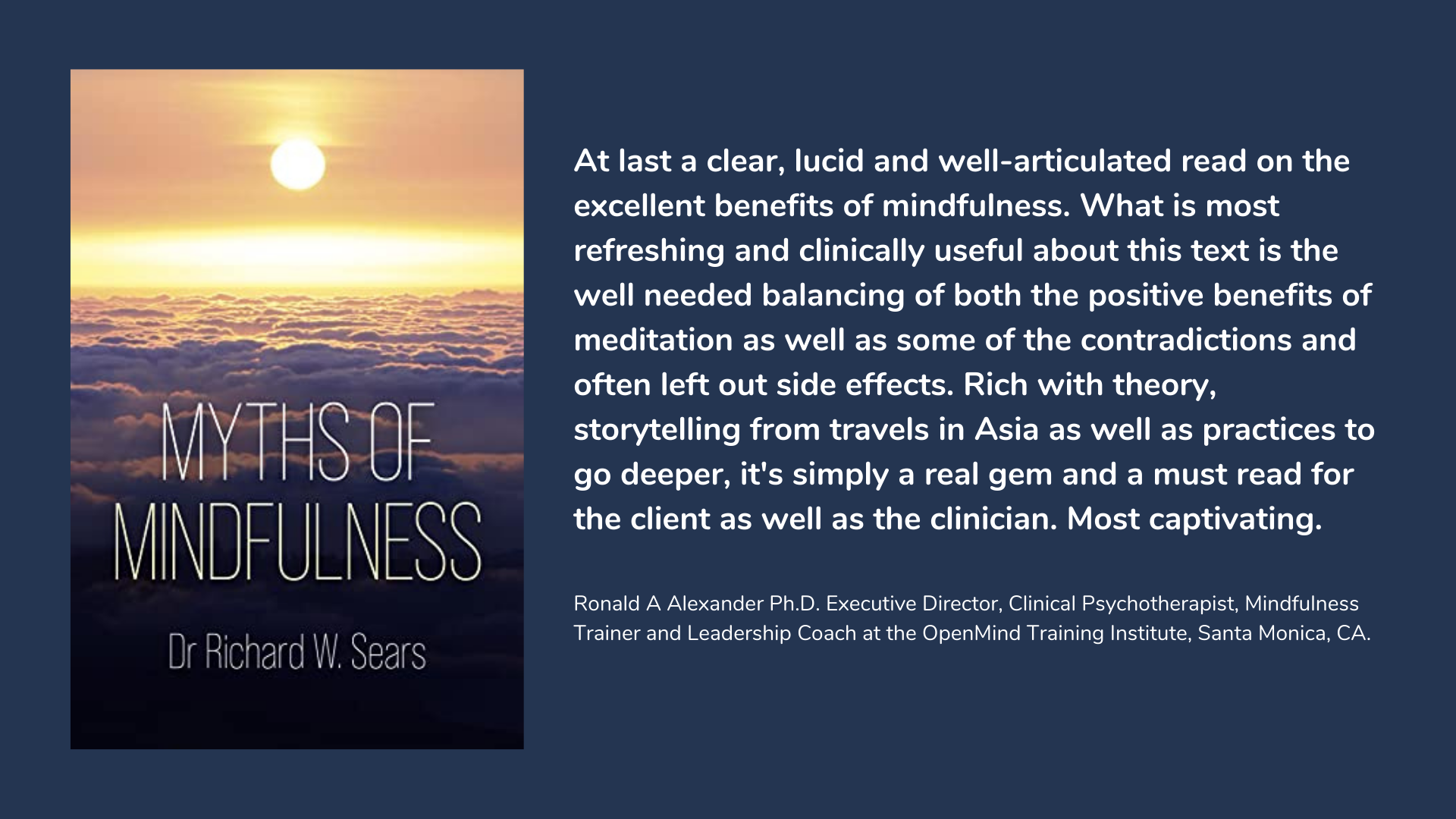 Dr. Sears's simple and straightforward guide can help anyone break through the lingering myths about mindfulness that hinder our ability to truly discover joy and freedom through our practice (Christopher Willard, PsyD, Author of Growing Up Mindful).

Interest in mindfulness has been booming in recent decades, but a lot of misconceptions have grown up around this ancient practice, some of which can cause serious harm. In Myths of Mindfulness, clinical psychologist, researcher, and Zen master Dr. Richard Sears carefully separates the myths from the facts. He explores myths about the origins of mindfulness, what mindfulness is, how it is similar to and different from other techniques, the practice of mindfulness, its magical and mystical effects, mindfulness and mental and physical health, and about using mindfulness in daily life.

Far more than just debunking myths, Dr. Sears points out the profound ways that mindfulness can help us move through our struggles and enrich our lives with inspiring stories and practical tips. The realities of mindfulness are so much more fascinating than the myths.

This is such a useful book. The book has a lovely flow and clearly outlines Dr Sears intention to address common questions that are raised about mindfulness. By focusing on what the science can tell us so far about the practices of mindfulness, on giving us a brief history of mindfulness, as well as using his own experiences of personal practice and of teaching mindfulness, the reader is given a clear picture of how we can examine the myths associated with mindfulness. These are important themes for all of us who would teach or use mindfulness practices. (Susan Woods, MSW. LICSW. Author, International MBSP/MBCT trainer, Senior Faculty, Centre of Mindfulness Studies, Toronto, Canada).

CLICK HERE To Buy 'Myths of Mindfulness' on Amazon.