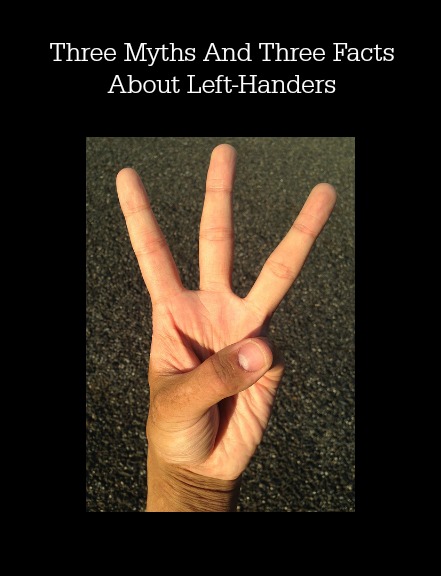 It is a curious quirk of human nature that most of us prefer using our right-hand, while a minority of around 10 % prefer using their left - a ratio that has remained relatively stable throughout human history. Experts remain unsure how handedness emerges in a developing child, and they struggle to explain the persistence of the ratio of right to left-handers. Against this backdrop, a number of cultural myths have grown up around the differences between left and right-handers. Here I give you a low down on myths and facts about handedness.

Before we start, let me debunk an immediate misnomer. There really is no such thing as strict left or right-handedness. Most people can do something with their weaker hand. A more important distinction might be the strength of preference we have for one hand, be it left or right (researchers use the term "mixed-handedness" for a lack of preference). With that clarified, here are my three myths and facts about left-handers and handedness: 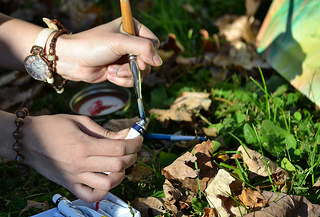 There are anecdotal accounts of artists and musicians tending to be left-handed, an observation given wings by the overly simplistic notion that the right-hemisphere (which controls the left hand) is the seat of creativity. Advocates point to Leonardo de Vinci, a leftie, Paul McCartney, another leftie, and many more. But as psychologist Chris McManus explains in his award-winning book Right Hand Left Hand, "although there are recurrent claims of increased creativity in left-handers, there is very little to support the idea in the scientific literature."

Regarding lefties having an introverted personality, a paper published just this year surveyed 662 New Zealand undergrads about their handedness and personality. "Left- and right-handers did not differ on any personality factor," the researchers reported. However, there was a tendency for people with a weaker preference for either hand (i.e. the mixed-handed) to be more introverted.What about IQ? One massive study found no link with handedness; another (pdf) found a slight IQ advantage for right-handers (put both studies together and any intelligence/handedness link is negligible).


Fact: Left-handers are less likely to be left-hemisphere dominant for language.

In the vast majority of the population, language function is nearly always localised to the left hemisphere. This is why a stroke or other brain injury suffered to the left side of the brain tends to lead to language problems. Among right-handers, left-sided dominance for language approaches upwards of 95 per cent prevalence. However, among left-handed people this drops to 70 per cent, with the others either having language localised to the right hemisphere, or spread evenly across both hemispheres.

The early death myth originates with a 1988 Nature paper by Diane Halpern and Stanley Coren: "Do right-handers live longer?" The psychologists analysed death records for baseball players and found that those who were left-handed had died younger. But as Chris McManus explains, this is a statistical artefact borne by the fact that left-handedness increased through the 20th century, meaning that left-handers, on average, were born later in that century. As an analogy, McManus points to Harry Potter fans, who tend to be younger than non-fans. "Ask the relatives of a group of recently deceased people whether their loved one had read Harry Potter and inevitably one will find a younger age at death in Harry Potter enthusiasts," he writes, "but that is only because HP readers are younger overall."

If this statistical argument makes your head spin, let me offer you a 1994 study of cricketers, which concluded: "Left handedness is not, in general, associated with an increase in mortality." A related myth, propagated by Geschwind, is that left-handers are more vulnerable to immune disorders. McManus and Phil Bryden analysed data from 89 studies involving over 21,000 patients and an even greater number of controls: "Left-handers showed no systematic tendency to suffer from disorders of the immune system," McManus writes.


Fact: We get more mixed-handed as we get older. 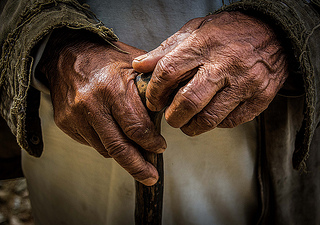 For a 2007 study Tobias Kalisch and his colleagues recruited 60 participants who were all strongly right-handed and tested them on a range of fiddly manual tasks, including: line tracing, aiming, and tapping. Whereas the younger participants (average age 25 years) performed far better with their right hand on all tests, the middle-aged (average age 50) right-handers performed just as well with either hand on the aiming task. And two older groups (average age 70 & 80 years) performed just as well with either hand on all tasks bar one. Unfortunately, the main reason for the older participants' greater ambidexterity was the fact they'd lost their superior performance with their right-hand.

Reviewing a recent book on left-handers (Rik Smits' The Puzzle of Left Handedness), a Guardian critic observed: "Sadly, prejudice against left-handedness is deep-rooted and universal." Is it? There's no doubt that left-handers have had a rough time in the past. Many were forced to use their right hand, and across many cultures there's a deep bias towards right being good and left bad. Consider expressions like "right-hand man", "two left feet" and the fact that Muslims use their right hand for eating and their left hand for ablutions. However, in Western cultures at least, the persecution of lefties appears to be over.

Look at the fact that 5 out of the last 7 US presidents have been left-handed. If life is so tough for lefties, you'd hardly expect them to reach the most powerful position in the world so frequently. Okay, that's largely conjecture, but what about the 2013 study I mentioned earlier, which also involved over a 100 New Zealand students rating the personality of a typical left or right hander. Their belief was that left-handers tend to be more introverted and open to experience. As the authors wrote, this "artistic" stereotype "can hardly be considered negative." They added: "We found no evidence that left-handers are a stigmatised minority in our young Western population."


Fact: Lefties have an advantage in many sports. 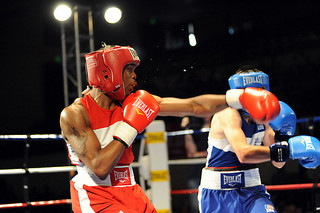 Left-handers are disadvantaged in some sports because of the safety rules - for example, in polo, the mallet must be held on the right-hand side of the horse. However, in sports where opponents compete against each other directly, face to face, such as boxing or tennis, the left-hander has a distinct advantage. Stated simply, they are more used to facing right-handed opponents (which the majority of their rivals will be) than right-handers are used to facing left-handers. Indeed, one evolutionary account for why left-handedness has survived is that it confers a fighting advantage - the so-called "fighting hypothesis". There are many studies in the literature that explore the left-hander's advantage in sports likeboxing and fencing.

I hope you enjoyed this round-up. If you're interested to learn more, I highly recommend Chris McManus's book Right Hand, Left Hand, The Origins of Asymmetry in Brains, Bodies, Atoms and Cultures and also check out the new paper I cited by Grimshaw and Wilson: A sinister plot? Facts, beliefs, and stereotypes about the left-handed personality.

Oh, in case you were wondering, one last thing: left-handers tend to perform better with their right hand than right handers with their left.