The Science of Consciousness:
Waking, Sleeping and Dreaming 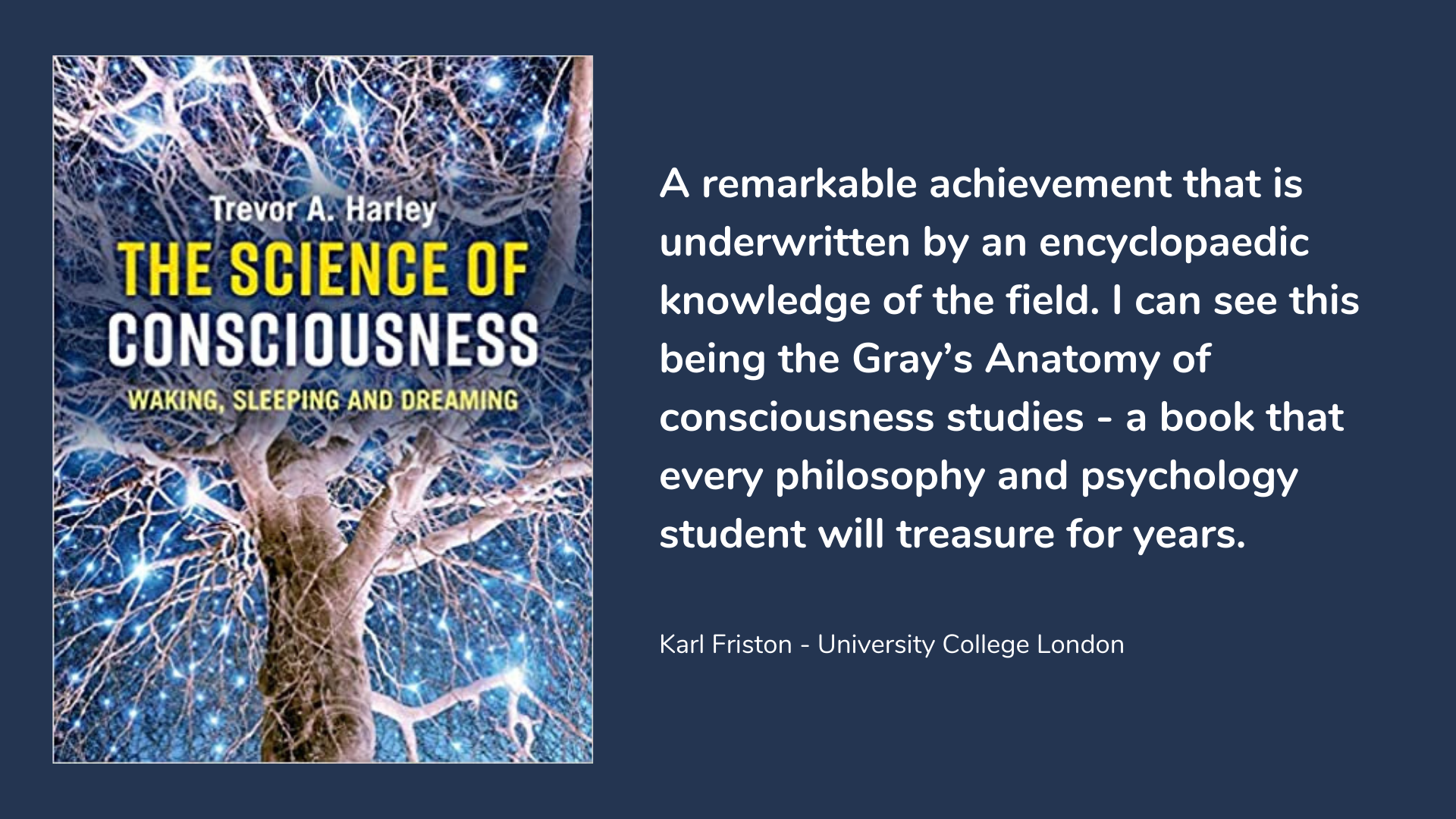 Consciousness concerns awareness and how we experience the world. How does awareness, a feature of the mental world, arise from the physical brain? Is a dog conscious, or a jellyfish, and what explains the difference? How is consciousness related to psychological processes such as perception and cognition? The Science of Consciousness covers the psychology, philosophy, and neuroscience of consciousness. Written for introductory courses in psychology and philosophy, this text examines consciousness with a special emphasis on current neuroscience research as well as comparisons of normal and damaged brains. The full range of normal and altered states of consciousness, including sleep and dreams, hypnotic and meditative states, anesthesia, and drug-induced states, as well as parapsychological phenomena and their importance for the science of consciousness is covered, as well as the 'higher' states and how we can attain them. Throughout the text attempts to relate consciousness to the brain.

Finally, a brilliantly written, accessible, and accurate synthesis on one of science’s biggest taboos: the study of consciousness. There is no topic avoided by Trevor Harley: animal versus machine consciousness, coma, psychedelics, meditation, our sense of self, even psychism, are all covered. It is the authoritative text all students and researchers have been waiting for. (Steven Laureys - University Hospital of Liège)

A Word From The Author


The emphasis of my book is, as the title implies, the science of consciousness. I take an inter-disciplinary approach, looking at what several disciplines teach us about it - but particularly psychology, philosophy, and neuroscience.

The book is well illustrated. Personally I don't like books where the illustrations are there just to make it look good - although it is of course important that a book looks good! I'm not too keen on cartoons either, because a sense of humour is such a personal thing. I have tried to include illustrations with captions that add to the story, and enable the reader to identify and remember key points.

I have a section on consciousness on my website that provides updates, news, and more detail, at:

I have made a short introductory video about the book.

The Science of Consciousness: Waking, Sleeping and Dreaming is available to buy from your local bookseller and online internationally from Amazon.

Trevor A. Harley is Emeritus Professor of Psychology at the University of Dundee and a Fellow of the British Psychological Society. A critically acclaimed author, his other published work includes: The Psychology of Language, 4th edition (2013), Talking the Talk, 2nd edition (2017) and The Psychology of Weather (2018). He is very widely published across psychology, including papers on consciousness and dreams, and has kept a detailed dream diary for several years. He is always wondering what his poodle Beau is thinking about.

You can learn more about the ground-breaking work of Professor Harley by visiting his website www.trevorharley.com


Know someone who would love to read The Science of Consciousness: Waking, Sleeping and Dreaming


FacebookTwitterPinterestTumblrRedditWhatsAppMessenger
Back To The Top Of The Page
By David Webb, Copyright © 2008-2022 All-About-Psychology.Com