The Psychology of Brexit 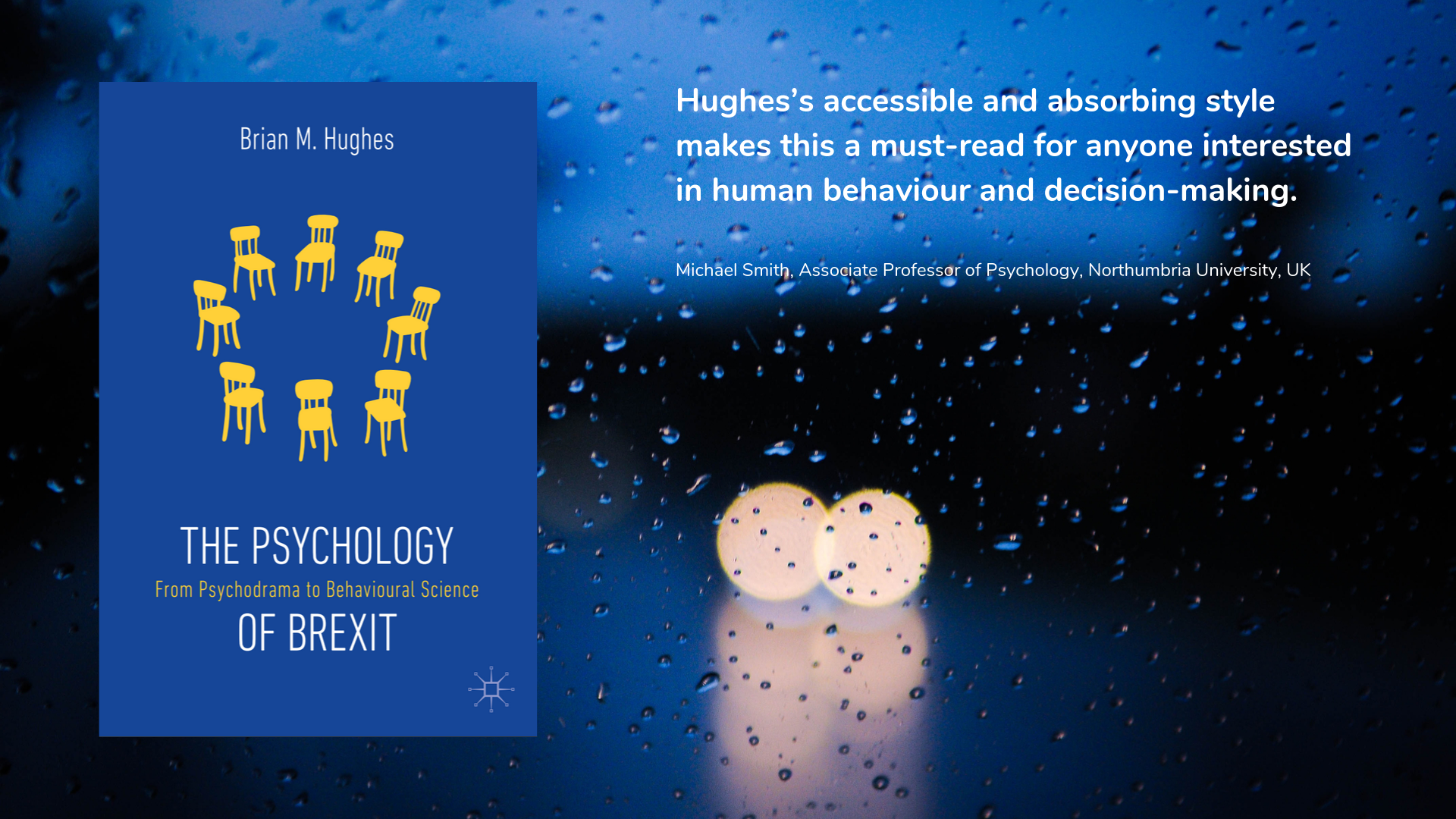 The Psychology of Brexit examines the psychological causes, catalysts, and consequences of Brexit. Unlike most cultural upheavals, Brexit is not the result of accidental tragedy or spontaneous economic turmoil. Rather, it exists because people decided to make it exist. It is a product of human psychology – shaped in critical ways by people’s perceptions, preferences, choices, self-images, attitudes, ideas, assumptions, group relations, and reasoned (or ill-reasoned) conclusions.

This book discusses how reasoning biases and illusions of control propel – and pollute – the perspective of both Leavers and Remainers. It shows how social stereotypes and motivated irrationality help otherwise groundless beliefs thrive in everyday culture, leading to group polarisation and echo-chamber reasoning. It reveals the way cultural biases like sexism influence how Brexit politicians are portrayed and perceived. And it explores the psychological impact of Brexit – its effect on social attitudes, future thinking, and collective and individual mental health.

In this compelling new book, psychologist Brian Hughes examines what scientific psychology reveals about the dynamics of Brexit, what Brexit teaches us about ourselves, and what we can do to deal with its short-term impact and long-term fallout.

Brian M. Hughes is Professor of Psychology at the National University of Ireland, Galway. A prominent advocate for scientific psychology, evidence-based policy, scientific outreach, and the role of psychology in society, he writes widely on the psychology of empiricism and of empirically disputable claims, especially as they pertain to science, health, and medicine.

A highly respected media commentator, Brian Hughes has written articles for national newspapers such as the Irish Times and Irish Independent and is a regular contributor to radio documentaries and talk shows on science, psychology, and philosophy. His blog has been featured in pieces appearing in Slate online and the Guardian Higher Education Network and he has been interviewed on several topics for outlets such as the Financial Times, the Irish Times, Metro.co.uk, RTÉ, Today FM, and Newstalk FM.


know someone who would be interested in reading The Psychology of Brexit?