The Mandela Effect and The Science of False Memories


The Mandela Effect and The Science of False Memories 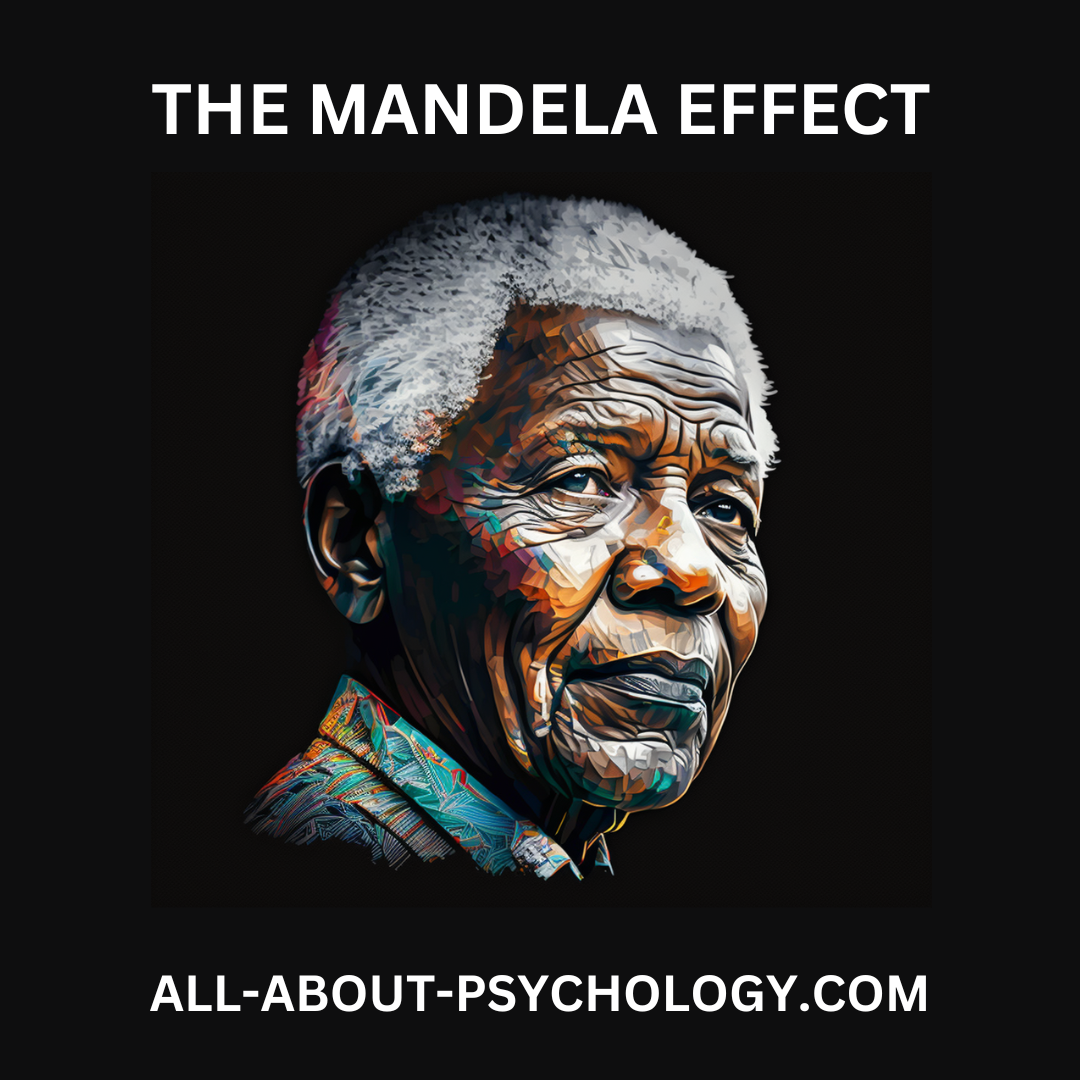 There’s a theory doing the rounds online that nuclear research experiments caused the world to shift into an alternate reality where Donald Trump became president. This might sound stupid, but some people genuinely believe it to be true. And to back up their theory they cite the “Mandela effect”, a phenomenon that supposedly occurs when large groups of people believe something happened even though evidence shows it isn’t true.


The name of the theory dates back to 2010, when numerous people on the internet falsely remembered Nelson Mandela was dead. It was widely believed he died in prison during the 1980s. Mandela was actually freed in 1990 and passed away in 2013 – despite some people’s declarations they remember clips of his funeral on TV.


Psychologists say these collective misremenberings can be mostly put down to memory distortions and what’s known as “the misinformation effect”. This is where information you learn after an event can interfere with the way you recall it. So in the case of Mandela’s death, the passing of Steve Biko – another prominent South African anti-apartheid activist who died around this time – possibly caused this misperception.


Despite psychologists explaining why such misrememberings happen, some people claim these differences arise from the movement between parallel realities, which cause us to remember things incorrectly. This is based on the theory that within each universe alternative versions of events and objects exist.


Numerous examples of the Mandela effect continue to pop up all over the internet – with many people adamant their memories are correct. Below are three classic examples of the “Mandala effect” we’ve debunked.


When looking at the Ford logo, most people don’t recall or notice the flourish at the end of the “F”. Some people claim this embellishment was not there originally and has been added. This is despite the fact that the additional loop has been part of the Ford logo since the early 1900s.

Explanation: This occurs because our previous experiences shape our expectations of how things should look. So, if we presume something to be a certain way, this is most likely how we will remember it. In the case of the Ford logo, most “Fs” we see in the world are without the embellishment. So noticing the curl is surprising.


Mandela effects also arise when we jump to conclusions without properly looking at historical material. People frequently say the number of people in the limousine at the assassination of US President John F. Kennedy has altered because of the movement between parallel realities.


And indeed, there is a common misconception there were four passengers – two in the front and two in the back. But the car actually contained six people: the driver, secret service agents Bill Greer and Roy Kellerman, Texas Governor John Connally, the first lady of Texas, Nellie Connally, President John F. Kennedy and Jackie Kennedy.

Explanation: The perception that passenger numbers have changed is attributable to photographs and films taken from different angles, and ignorance of the car’s design. The limousine has two auxiliary jump seats, which remained in position when the car housed additional people – so the car could seat four or six passengers. The agents in the front seats and a partition often obscured the front two passengers from view.

Explanation: The truth is both versions of the line exist. Promotional material included the more familiar “is” phrase, while the film version actually includes the “was” version. The contradiction arises from the fact that people are unaware that different versions exist.


Ultimately, the Mandela effect exists because the internet is a powerful tool for spreading misinformation and people will engage with material because of interest and intrigue rather than concerns about accuracy and authenticity – as can be seen with the rise of fake news and disinformation.

Really hope you enjoyed reading The Mandela Effect and The Science of False Memories.

Know someone who would love to read The Mandela Effect and The Science of False Memories? Share this page with them.