Ever Thought A Loved One Was An Imposter?
That’s The Capgras Delusion 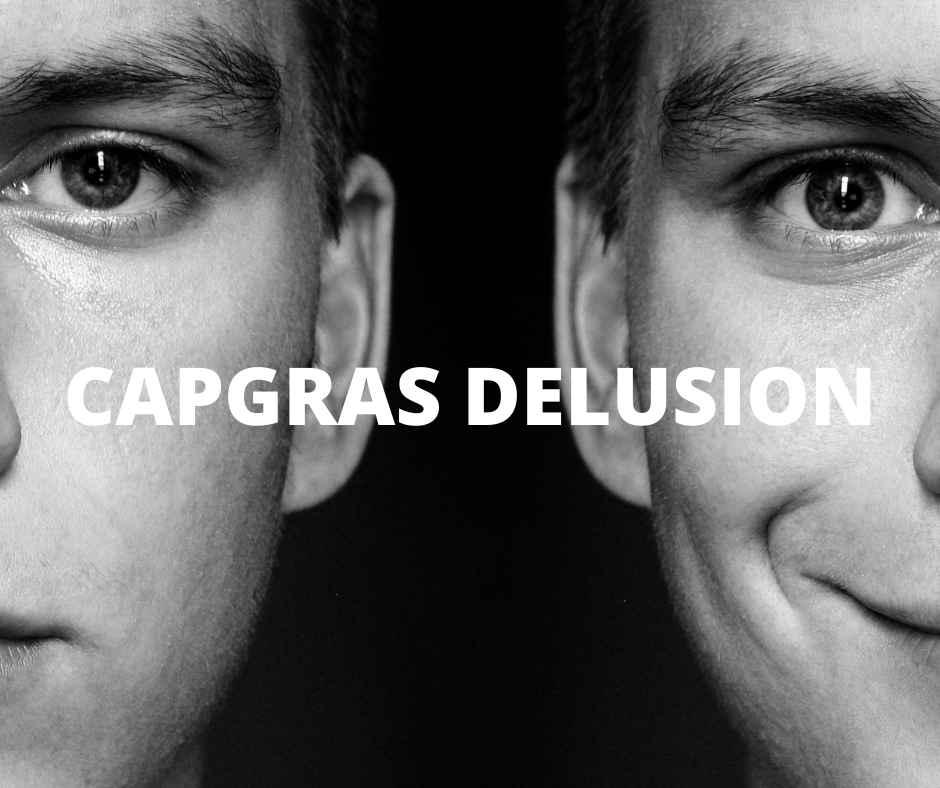 Consider what it would be like to wake up one morning to find that a person who has been part of your life for years has been “abducted”. If that wasn’t bad enough, an impostor who looks just like your loved one has taken their place. Subtle differences in appearance or behaviour betray the impostor.


This is exactly what happened to David.


David sustained a severe head injury during a road accident, and remained in a coma for five weeks. Serious injuries also led to the loss of his right arm. When he regained consciousness, David’s mental capacities appeared to be intact. He was articulate and intelligent. Except for one bizarre belief: that both his parents had been replaced. The woman who came in the morning to prepare his breakfast was a better cook than his mother, and his father’s double was a better driver.


David was diagnosed as having a rare delusional misidentification syndrome called the Capgras delusion. The illusion of the “look-alike” was first reported in 1923 by two French psychiatrists, Joseph Capgras and Jean Reboul-Lachaux. Their patient, Madame M, for the last ten years, had been:

Transforming everyone in her entourage, even those closest to her, such as her husband and daughter, into various and numerous doubles … her children had been the object of substitutions; one was abducted when he was with his nurse and replaced by someone else … Her husband, Mr C. was also reported as disappeared, a double took his place; she wanted to get a divorce from this double and made a request for a separation to the courts. Her husband had been murdered and the “men” came to see her were doubles … she counted at least 80.


Although people are usually the objects of the delusion, there have also been reports of pets being substituted, and work tools and other personal possessions being replaced with inferior items. Capgras has also been experienced by people with visual impairment. In one account, a patient known as M.H thought that her pet cat had been replaced by a replica because of changes in its miaow.


No one is quite sure what is causing Capgras, and there are no shortage of theories. A Freudian perspective suggests that Capgras is motivated by an inability to reconcile unacceptable and extreme emotions felt for a close family member, such as feeling sexually attracted to a parent. In order to deal with this inner conflict, the subconscious engages in a process known as “splitting”, creating a separate negative persona – in this case, an impostor who is responsible for generating the unacceptable feelings of sexual attraction – from the positive persona, the real mother.

Other theories associate Capgras to changes in brain chemistry that arise in psychotic conditions such as paranoid schizophrenia; or damage to the brain as a result of trauma, stroke, or the degenerative brain changes that cause dementia.


To test this explanation, Haydn Ellis and colleagues recorded the emotional reaction to photographs of familiar and unfamiliar faces using measures of skin conductivity (GSR) – as we sweat more during emotionally arousal, skin conductivity increases. They used as subjects five people with Capgras and a psychiatric condition, such as paranoid schizophrenia or persecutory delusions, along with five psychiatric controls with similar diagnoses as the Capgras group but not Capgras, and healthy volunteers. The healthy volunteers and psychiatric controls showed higher GSR to familiar than to unfamiliar faces, whereas GSR in the Capgras group stayed at the same level for both sets of faces.


However, these findings and Ramachandran’s explanation fail to explain why these anomalous experiences aren’t dismissed in the same manner as déjà vu or jamais vu.


A study I did with Femi Oyebode of another Capgras patient sheds light on this. A structural brain scan showed damage in the pre-frontal cortex, where goals, strategies and decisions are made. Damage to these processes could conceivably result in a failure to realise that an anomalous experience – “This person looks like my mum but doesn’t feel like my mum” – is being generated internally rather than reflecting changes in the external world. Coupled with a tendency to jump to conclusions, this paves the way for an abnormal belief to develop, take hold, and why it is so difficult for Capgras to be dismissed.


The Capgras delusion is so much more than a bizarre delusion pulled out of the “X-Files” of neurology. While fascinating in it’s own right, Capgras offers scientists a window of opportunity to explore how we recognise people in everyday life.