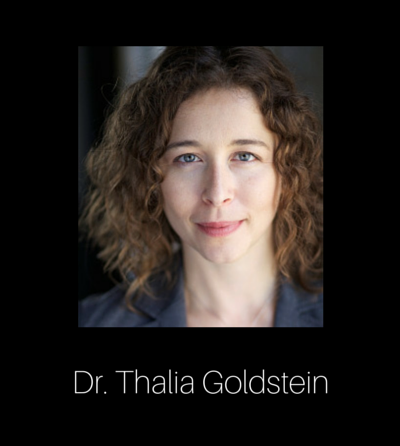 Thalia R. Goldstein, Ph.D., is an assistant professor of Psychology at Pace University whose research interests lie at the intersection of social cognition and imagination. Dr. Goldstein is the author of numerous articles and book chapters on children's role play, the effects of acting training on social skills, the psychology of aesthetics and how we understand fiction.

A Postdocotral Fellow at Yale University who earned a Ph.D. from Boston College and a B.A. from Cornell University, Dr. Goldstein spent several years as a professional actress and dancer in New York.

What led you to specialize in developmental psychology?


When I decided to apply to graduate school, my interests were in the psychology of creativity and imagination. I actually applied to quite a wide range of programs - PhDs in Cognitive Science, Social Psychology, Business/PhD school models, as well as Developmental Psychology programs. In the end, what made my decision was the mentor. Dr. Ellen Winner, who I worked with in my PhD program at Boston College, has been conducting basic and applied research for many years focused on what children know and learn from the arts, and how they do so. The fit between her interests and mine was great, and so I entered a Developmental Psychology program.

What is social cognition?

Could you tell us about your role as director of the Social Cognition and Imagination Lab at Pace University and the nature of the research conducted there? 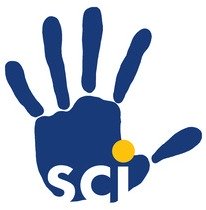 The Social Cognition and Imagination lab focuses on the intersection of social understanding of others, and fictional worlds. We do this in a variety of ways. We look at how being involved in fictional worlds, as actors, or pretenders, or readers, can change children's and adolescents' ability to understand and feel others' emotions. We also look at how children (and adults) make decisions about characters in fictional worlds - what do they think about those character's morals, personalities, characteristics etc.

My role as the director of the lab is to think about the questions to ask and methods to ask those questions. I have a group of students, research assistants, who I teach how to do this kind of research, and give assignments. I also run a weekly lab meeting where we talk about current research in the lab, how the actual pragmatics of that week's tasks are going (for example, issues that might have come up while coding video for a variety of behaviors) and occasionally have guest speakers.


I think it's critical to understand something that is so universal (engagement with narrative, and with fictional narrative specifically), because it is universal and people spend so much time (And money!) with it. Anything that captures us to this degree deserves to be studied. However, I also think that acting specifically can be a great lens to view a whole bunch of other phenomena in developmental psychology that people are interested in, like how do children understand the differences between appearance, how something looks, and reality, what something actually is. Or how do children come to understand the social nature of emotions, that we must take situations into account when deciding how much and what types of emotions to show.

I think it is understudied because there are a lot of issues to study in psychology, and interdisciplinary work such as the combination of theatre and psychology is just beginning to catch on. But the arts are also hard to study. There are many theorists within the arts world, there are many practitioners, and many people who say it's impossible to quantify or reduce the arts to a point where they can be studied. I, of course, disagree. I think there's room, and necessity, for voices from the sciences and the arts in the equation. But you have to understand and respect the work that has been done by scholars across disciplines.

What can readers expect from your Psychology Today blog?

My Psychology Today blog is all about my thoughts and current findings in theatre, drama, film, fiction, imagination and acting. I don't usually have a plan of what I'm going to write - something strikes me, and I write about it. So, as a result my postings are a bit sporadic, I'm also trying to write academic papers and chapters at the same time, but I'm hoping to provide an entry way into thinking about topics like acting, film and theatre, from a researcher's point of view.

I truly believe, and often say, that theatre and psychology are the same thing. Both fields are trying to figure out why humans do what they do. My blog attempts to make explicit the links between the two fields.

As someone whose work has been published widely in the field, could you briefly explain what the psychology of aesthetics is about?

The Psychology of Aesthetics is the systematic study of what we find beautiful and meaningful, in art specifically but most human experience more generally. There are many fields that are concerned with what we like and appreciate and want in the arts. But the psychology of aesthetics uses scientific methods and the tools of psychology to study art, music, dance, theatre, literature etc, hypothesize theories, and make discoveries to enrich and understand the human experience.

What advice would you give to somebody thinking about pursuing an academic career in psychology?

Academia is going through a transition - there are ever fewer positions for ever more researchers.  However, the most important quality is passion for what you are interested in, and a realistic sense of what an academic career is and can be. Find the absolute right fit for your graduate work, and then be prepared to work extremely hard. But, the rewards are worth it - to study what you are interested in, to teach and mentor students, and to belong to a profession and set of colleagues to whom knowledge really is the most important and interesting thing.


Go From Thalia Goldstein Q & A Back To The Home Page