Superstition In The Pigeon 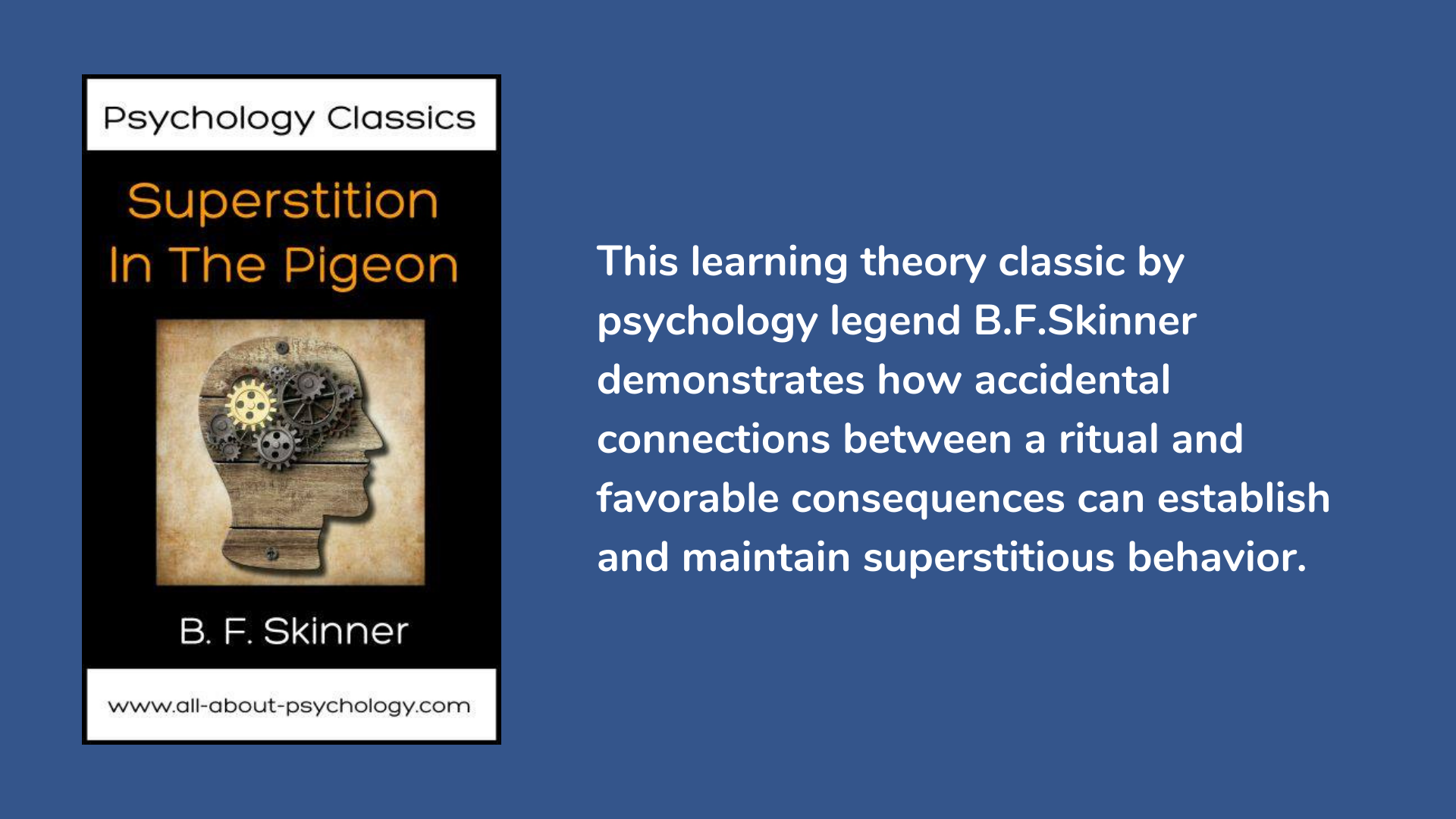 This learning theory classic by psychology legend B.F.Skinner demonstrates how accidental connections between a ritual and favorable consequences can establish and maintain superstitious behavior.

Burrhus Frederic "B. F." Skinner ranks among the most frequently cited and influential psychologists in the history of the discipline. Building on the behaviorist theories of Ivan Pavlov and John Watson he was the first psychologist to receive a Lifetime Achievement Award from the American Psychological Association (APA.) Originally published in 1948, Superstition in The Pigeon is a learning theory classic.

If you ever have to do a paper, assignment or class project on the work of B. F. Skinner having access to Superstition in The Pigeon in full will prove invaluable. A psychology classic is by definition a must read; however, most landmark texts within the discipline remain unread by a majority of psychology students. A detailed, well written description of a classic study is fine to a point, but there is absolutely no substitute for understanding and engaging with the issues under review than by reading the authors unabridged ideas, thoughts and findings in their entirety.

Shortly after the publication of Superstition in the Pigeon, Skinner gave a detailed account of his science of behavior in a paper presented to the Midwestern Psychological Association, in Chicago. First published in 1950, the paper titled Are Theories of Learning Necessary? is also presented in full.

Superstition in The Pigeon by B. F. Skinner has been produced as part of an initiative by the website www.all-about-psychology.com to make important, insightful and engaging psychology publications widely available. Sales help support the website which has been providing free and comprehensive information and resources for students and educators since 2008.

All About Psychology has its own Amazon store, which includes a collection of the most important and influential journal articles ever published in the history of psychology, which you can access via the following link.