Seeing is Not Remembering: 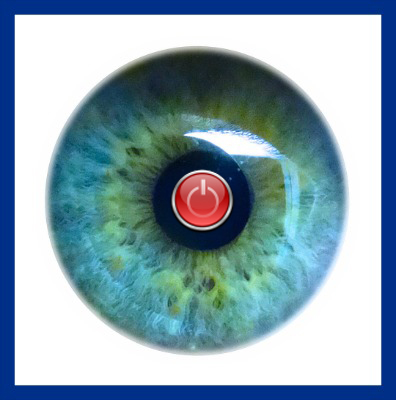 
The following article was originally published on PENN STATE NEWS


People may have to "turn on" their memories in order to remember even the simplest details of an experience, according to Penn State psychologists. This finding, which has been named "attribute amnesia," indicates that memory is far more selective than previously thought.

"It is commonly believed that you will remember specific details about the things you're attending to, but our experiments show that this is not necessarily true," said Brad Wyble, assistant professor of psychology. "We found that in some cases, people have trouble remembering even very simple pieces of information when they do not expect to have to remember them."

Wyble and Hui Chen, postdoctoral fellow in psychology, tested the memories of 100 undergraduate students, divided into several groups. Each group performed a variation of the experiment in order to replicate the results for different kinds of information, such as numbers, letters or colors.

In each trial participants were shown four characters on a screen arranged in a square - for example three numbers and one letter - and were told that they would need to report which corner the letter was in. After a set amount of time, the characters disappeared from the screen and the participants reported where they remembered the letter had been. This part of the task was expected to be easy - participants rarely made an error.

Similar results were obtained when participants were asked to locate odd numbers, even numbers and colors.

"This result is surprising because traditional theories of attention assume that when a specific piece of information is attended, that information is also stored in memory and therefore participants should have done better on the surprise memory test," said Wyble.

Chen and Wyble have called the phenomenon they observed attribute amnesia, as they reported in an article recently published online in the journal Psychological Science. Attribute amnesia occurs when a person uses a piece of information to perform a task, but is then unable to report specifically what that information was as little as one second later.

"The information we asked them about in the surprise question was important, because we had just asked them to use it," said Chen. "It was not irrelevant to the task they were given."

After the surprise trial, the same question was repeated on the next trial, however it was no longer a surprise. Participants did dramatically better with the average of correct answers between 65 and 95 percent across the different experiments.

The researchers point out that this result suggests that people's expectations play an important role in determining what they remember, even for information they are specifically using.

Wyble and Chen argue that this selective memory storage might be a useful adaptation because it prevents the brain from remembering information that is probably not important. The researchers plan to continue this line of research as they study whether people are aware of their own lack of memory.


Go From Seeing is Not Remembering Back To Home Page