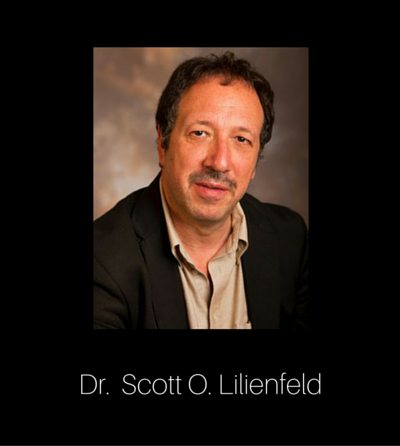 Scott Lilienfeld, Ph.D., is a clinical psychologist, Fellow of the Association for Psychological Science and Professor of Psychology at Emory University in Atlanta. He earned a bachelor's degree in psychology from Cornell University and a Ph.D. from the University of Minnesota. The author of over 250 articles academic articles and several books including 'Science and Pseudoscience in Clinical Psychology and Psychology: From Inquiry to Understanding,' Dr. Lilienfeld's major areas of research include; personality disorders, psychiatric classification and diagnosis, evidence-based practices in psychology, and the challenges posed by pseudoscience to clinical psychology.

What led you to specialize in clinical psychology?

It was a long and winding road, as is true of most things in my career but I’ve always been fascinated by human personality, both healthy and unhealthy. I eventually came to realize that what fascinates  me most is using psychopathology – abnormal functioning - as a window to help us to better understand normal functioining. by seeing how the human mind works when it breaks down, we can better understand how it works when it is functioning adequately.

What is evidence-based clinical practice?

Evidence-based practice is practicing in accord with the best available scientific evidence. Of course, such evidence changes over time and is almost always provisional, so evidence-based practice requires practitioners to keep up with the latest research evidence bearing on the validity of psychological tests and the efficacy and effectiveness of psychological interventions. Such practice also means finding a creative and humane way to integrate scientific evidence with client preferences and values.

Your Psychology Today blog 'The Skeptical Psychologist' investigates controversial claims in psychology. What do you personally consider to be the most questionable claim you have highlighted and written about?

Facilitated Communication for autism, a pernicious fad that just won’t seem to die. Rather than explain it in detail for those who aren’t familiar with it, readers can click on the following link to see our recently published article on the topic:

The persistence of fad interventions in the face of negative scientific evidence: Facilitated communication for autism as a case example.

Also, every psychology student – and faculty member – should be required to watch the classic FRONTLINE video, "The prisoners of silence," (available below) which is a devastating expose of facilitated communication. This documentary also makes about the best case for the importance of scientific methodology and clear thinking as anything I’ve ever watched.


What areas of psychology are leading the way as far as scientific best practice is concerned?

To me, the domains of psychology that are leading the way are those that are subjecting our discipline to careful scrutiny and healthy self-criticism. The open science collaboration and other groups that are examining the replicability of psychological findings are performing an invaluable service to our profession, because they are reminding us of the need for humility in our claims. They are also highlighting the importance of thinking meta-analytically – that is, of thinking of each study not as the conclusive word on any issue but rather than as one small piece of a huge puzzle.

To the contrary, there is no reason to believe that our replicability problem is any worse than it is in other domains, including medicine; moreover, psychology is leading the way toward ascertaining the magnitude of the replicabililty problem and proposing ways of remedying it.

For more details on this very important issue, see following link to read an excellent response by Dean McKay & Dr. Lilienfeld on behalf of The Society for a Science of Clinical Psychology (SSCP)

Is Psychology Really in Shambles? A Response to Jeffrey Lieberman

Of all the entries featured in your book '50 Great Myths of Popular Psychology' which myth would you say is the most pervasive and why? 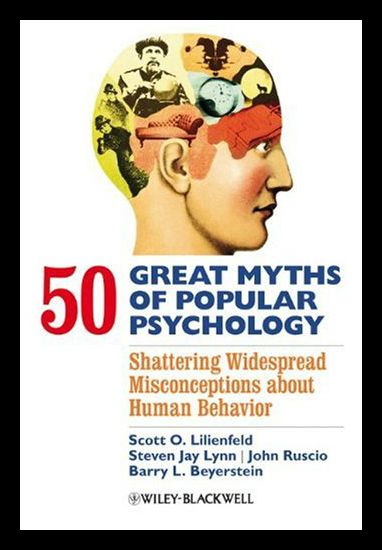 Perhaps the most pervasive myth, in my view, is that the primary determinant of our long-term happiness is what happens to us. To be sure, life events do shape our happiness, or the lack thereof. But data suggest that we substantially overestimate the long-term impact of both positive and negative life events on our happiness, and substantialy underestimate the impact of our personality traits and attitudes. The way we view our life events is ultimately more formative that these events themselves.

What are the most obvious signs that something is pseudoscience?

Do you have a favorite quote about scientific thinking?

Richard Feynman’s quote that the essence of science is bending over backward to prove oneself wrong. 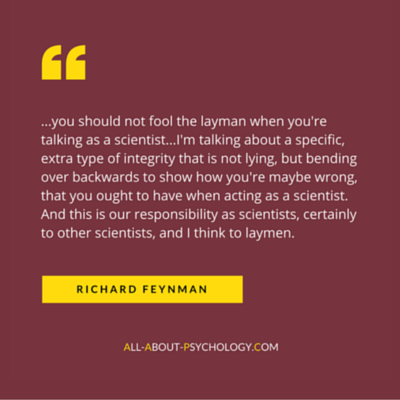 What advice would you give to somebody thinking about pursuing an academic career in psychology?

Be sure that you are madly in love with science and want to spread that love to others, both by conducting research and by teaching. Be sure that you are willing to work very hard, and that you don’t see a sharp distinction between your work and your play. If you find psychological research to be laborious, you don’t want to go into academia.

In contrast, if you find it to be enormously fun and fulfilling, you may want to consider it. Also, learn to develop a thick skin and not to take criticism personally. Academia is a great life, but it requires the ability to benefit from constructive feedback.

What research projects are you currently working on?

Most our current research focuses on successful psychopathy. In particular, we’re interested in the possibility that some of the same personality traits, such as social and physical risk-taking, that predispose to maladaptive behaviors (e.g,. antisocial and criminal acts), may sometimes also predispose to largely adaptive behaviors (e.g., effective leadership and heroism.

I also do a good deal of writing on psychiatric classification/diagnosis, as well as the threats posed by pseudoscience and otherwise questionable science to clinical psychology and allied disciplines.


Go From Scott Lilienfeld Q & A Back To The Home Page