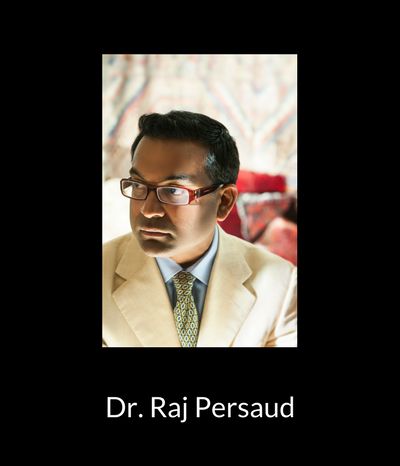 Dr. Raj Persaud is a Consultant Psychiatrist who has worked as a Consultant at the Bethlem Royal and Maudsley NHS Hospitals in London from 1994-2008, and as an Honorary Senior Lecturer at the Institute of Psychiatry, University of London. These are the premiere research and training institutions for Psychiatry in Europe.

He was also Research Fellow at Johns Hopkins Hospital in the USA and Institute of Neurology at Queens Square. His training in psychiatry since leaving UCH medical school in1986 was entirely at the Institute of Psychiatry and the Bethlem Royal and Maudsley Hospitals. Unusually for a psychiatrist, he also holds a degree in psychology, obtained with First Class Honours, and 8 other degrees and diplomas including a Masters in Statistics.  He was awarded the Royal College of Psychiatrists’ Research Prize and Medal as well as The Maudsley Hospital's own Denis Hill Prize, and The Osler Medal.  The Royal College of Psychiatrists' recently also awarded him the Morris Markowe Prize.

In 2004 Dr. Persaud was appointed Visiting Professor for Public Understanding of Psychiatry at Gresham College, and he was asked by the Royal College of Psychiatrists to edit its first book aimed at educating the public on psychology and psychiatry. 'The Mind:  A Users Guide' was published in 2007 and reached the top ten best-seller list. All of his 5 previous books have been top ten  best-sellers. In 2005 he accepted an invitation to deliver one of the most prestigious lectures in British Medicine - The Whittington Oration.

He contributed a chapter to the Royal College of Psychiatrists' latest book - 'The Female Mind - A Users Guide' and his writing is in several established textbooks, including the Oxford Companion to the Mind and he has contributed a chapter in the latest comprehensive textbook of psychiatry for trainees: Psychiatry – An Evidence Based Text. He has approaching 100 publications in Journals such as The British Journal of Psychiatry, British Medical Journal and The Lancet.

Recently Dr. Persaud was elected Fellow of University College London and the Royal College of Psychiatrists.  He is patron or supporter of numerous mental health charities including OCD-UK, The Manic Depression Fellowship, Association of Post-Natal Illness, Childline, Action Aid and The Samaritans.

The Independent on Sunday Newspaper conducted a poll amongst members of the Royal College of Psychiatrists and the Institute of Psychiatry to discover who were the top ten psychiatrists in the UK as rated by fellow psychiatrists. Dr. Raj Persaud was the youngest doctor to make it into this esteemed list. The Times Newspaper also placed him as one of the Top Twenty Mental Health Gurus in the world.

Many people incorrectly assume that psychiatry and psychology are the same thing. As a consultant psychiatrist who also holds a degree in psychology, could you explain the difference between the two disciplines?

My personal belief is that the difference between the two disciplines has much more to do with professionals attempting to protect and stake out territory, than there being a real contrast in a fundamental sense on what the two groups of people do. It is true psychiatrists are doctors and therefore can prescribe medication, but they are committing a fundamental error if they allow that to guide their practice and therefore orientate themselves towards only medication or medical solutions to the human predicament.  Although I can prescribe in fact I rather rarely do.

For many people medication is a life-saver but the better way to approach human problems is to listen to the individual and tailor solutions or responses that respect that individuality rather than treat people as diseases. Psychologists hold university level qualifications in mind and behaviour but are not physicians and therefore tend not to prescribe or advocate drugs by and large.

In my humble opinion where they go wrong is that their training, not being in medicine, does not equip them to make decisions and take responsibility for the whole person in a way doctors are trained to as part of dealing with medical emergencies. This is a subject on which one could write a whole book (I am planning to!). Bottom line - both sides have much to learn from each other and all training should involve much more mingling of the two disciplines - which is why I went away and got trained in both.

As someone with a background in both psychiatry and psychology, to what extent do you agree with the view that the 'psychosocial model' rather than the traditional 'disease model' is a more appropriate framework for understanding the issues surrounding mental health care?

The issue is not which is the right model but what is the goal. The patient and the therapist negotiate the goal and then depending on what that is we figure out which model best helps deliver that goal. For example, if you are being bullied by your boss at work and its helpful to be signed off sick until Human Resources get their act together and do something about the bully in the workplace, adopting the medical disease model can be hugely helpful. If the goal is not to define yourself by your depression and let that influence your sense of identity, then the disease model is less helpful, in my opinion.

What is the most bizarre delusion you've come across in the psychiatric literature? 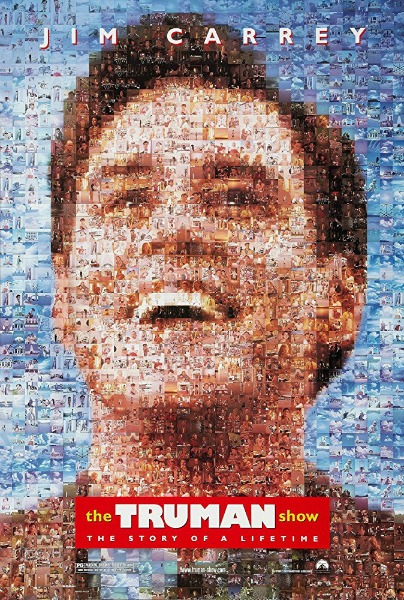 My book 'From The Edge of The Couch' is a collection of the most bizarre delusions in the academic literature - I did a podcast interview with some psychiatrists who published a book on The Truman Show Delusion which is a very strange delusion where people believe they are in a colossal reality TV show. This is a very interesting delusion because there is a sense in which it is an example of a psychotic experience anticipating real life. 'The Truman Show Delusion' is in my book as 'The Hollywood Delusion'. 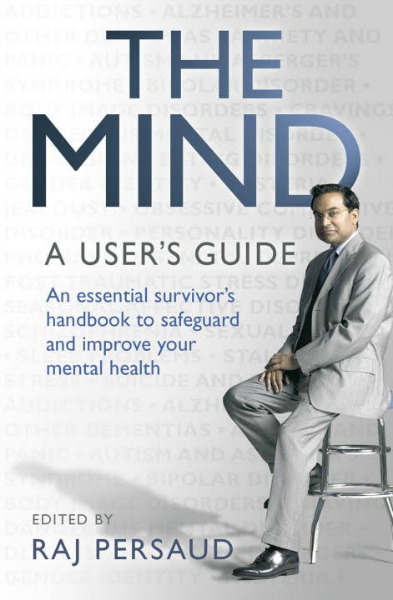 The idea that no one suffering from serious mental illnesses ever gets better really has to be lanced as my experience of psychological and psychiatric problems is that the prognosis is excellent, given the right treatment. One of the the reasons the field may not emphasize this enough in my opinion is that it then puts pressure on therapists to up their game and be excellent. There is too much ropy therapy out there.

Bibliotherapy is a treatment involving prescribing certain books - this forms the basis of one of my podcast interviews with some therapists who use bibliotherapy very effectively.

Could you explain how your professional interest in the nature of human unhappiness led you to explore the psychology of seduction?

In fact a very large number of human problems arises out of relationships, in particular love or intimate relationships. Helping people not make mistakes over who to commit to when pursuing the romantic side of their lives would vastly improve their chances of staying resilient. Who you decide to marry or co-habit with is the one decision in your life you will make, more than any other decision, which will determine your future mental health. Get that wrong and you might as well get a season ticket to my clinic. My book 'Simply Irresistible' is all about how to make relationships work and the psychology of seduction.

If you had to choose a favourite interview from your 'Raj Persaud In Conversation' podcast, which one would it be and why?

I really like one of the most recent ones with Joel Mokyr - an eminent Professor of History and Economics from the USA who spoke to me about his latest book 'A culture of growth' which is all about why some countries get developed and some don't. He brought a depth of understanding to the subject yet combined his incredible scholarship with an arresting and engaging personal speaking style.

Could you tell us about your book 'Can’t Get You Out of My Head'? 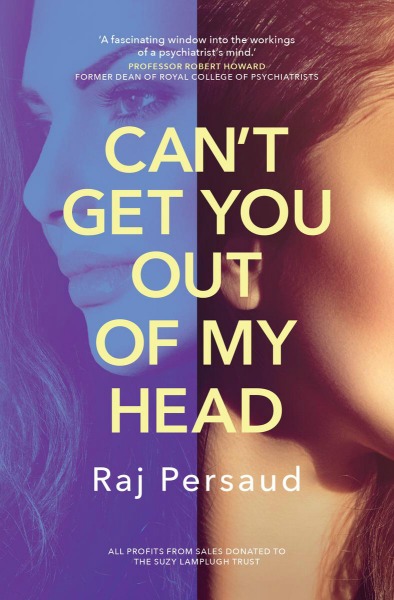 This is one of the first times I have been told a professional psychiatrist has written a thriller novel about a real police unit that really does exist - this unit of psychologists and psychiatrists and detectives works to protect Buckingham Palace and Downing Street from lone wolf assassins. The novel is an attempt to get inside the head of modern psychologists and psychiatrists to show how they now really think about the human condition. Every remarkable thing that happens in the novel did happen in real life in terms of the stalking incidents of celebrities and politicians I reported in the book.

I am working on a new book with a colleague Dr Peter Bruggen, called 'The Streetwise Person's Guide To Mental Health Care' which is all about how to obtain good care for yourself if you have a problem that requires professional intervention. It is full of tips such as how to tell if your therapist is actually any good or not. 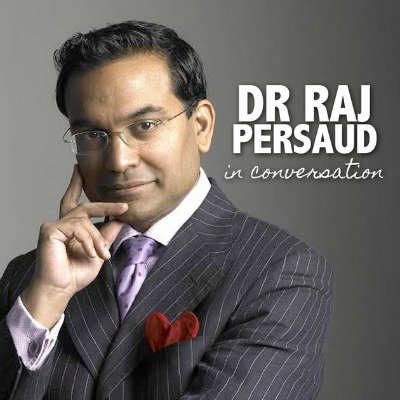 Make sure you check out the 'Raj Persaud In Conversation' podcasts which you can listen to via a free app on both iTunes and Google Play.

Dr. Raj Persaud and Peter Bruggen, M.D., host a fascinating blog on Psychology Today, which you can read by clicking HERE.

You can read a great collection of fascinating articles by Dr. Raj Persaud by clicking HERE and HERE.


Go From Dr. Raj Persaud Q & A Back To The Home Page