Projection Psychology: A Note on Projection 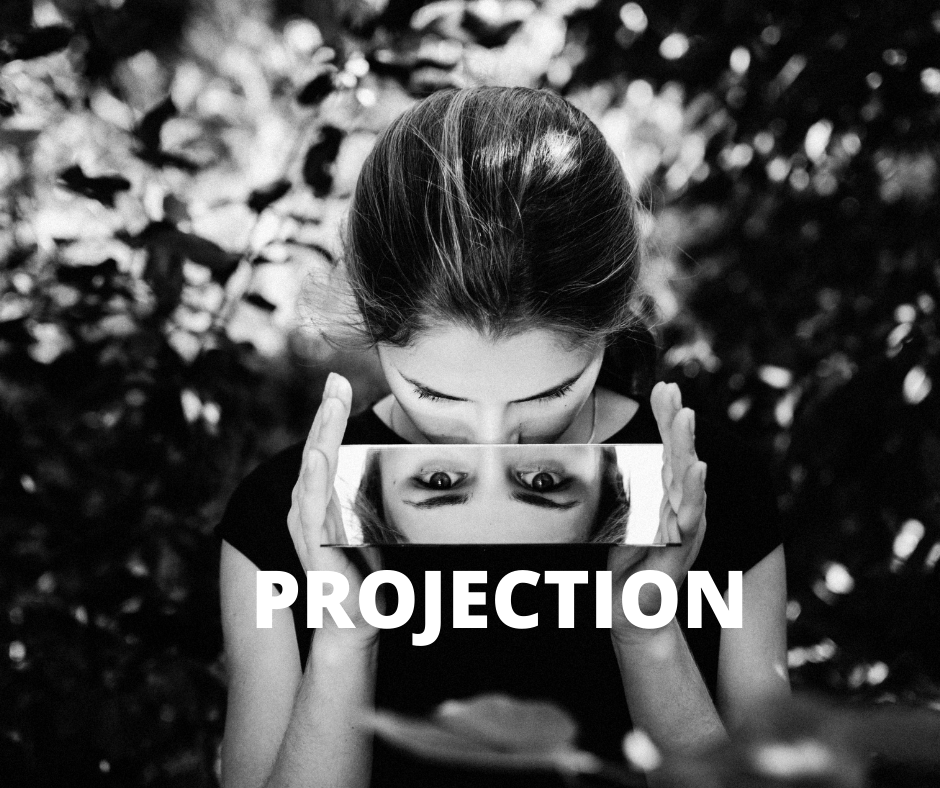 Classic article from 1960, on the concept of projection psychology i.e., unwittingly attributing one's own traits to others.

Minnesota Murstein and Fryer's article on the concept of projection (1959) surely reflects laudable motives, and their review of relevant research contains a number of astute observations. There appear to be, however, rather glaring faults in formulation, categorization and definition.

Let us agree that "if 'projection' means everything it means nothing" (Murray, 1951, p. 13). It is then difficult to see, except by Murstein and Fryer's final definition of projection (1959, p. 370), why they quoted Zilboorg's quote from the Malleus Maleficarum (Murstein & Fryer, 1959, p. 353). Hallucination, not projection, is the term usually applied when "devils stir up the inner perceptions" so "that they appear to be a new impression—from exterior things." Quotes from Murphy and Sears (Murstein & Fryer, 1959, p. 354) are interesting but will be seen to bear more relation to "New Look" perception than to projection. We shall also see that the admonition above had no apparent effect on their final definition of projection.

One can take issue with the authors' classification system on the following grounds. Unless we wish to emasculate the term "projection," it would seem appropriate to use it only when the process referred to involves the attribution of internal characteristics to some external person or objects. Inaccurate extension of the term may well have played a major role in the confusion recognized, but, nevertheless, added to by Murstein and Fryer.

Projection is defined as "the process of unwittingly attributing one's own traits, attitudes or subjective processes to others" (English & English, 1958). In relation to this definition the Murstein and Fryer classification of "attributive projection" is clearly redundant and relatively useless for purposes of classification. A more useful classification would result from considering the presumed purposes of the mechanism.

Two major categories are immediately obvious. We might term one type defensive projection and the other predictive projection. In the case of defensive projection the mechanism is seen to operate in defense of the ego. One's own unacceptable or denied characteristics are attributed to another. Murstein and Fryer's "classical projection" clearly falls into this category, and we may dispense with the rather loaded term "classical." In the case of predictive projection a problem in forecasting or describing the behavior or characteristics of others is the task of the individual. In the face of insufficient evidence about the objects of his predictions or forecasts, the 5 tends to attribute some of his own characteristics to the object. The comments cited by Murstein and Fryer to support their category of "attributive projection" all involve the predictive or forecasting aspect as the primary purpose of the mechanism.

One can see that Murstein and Fryer are on tenuous ground when in discussing their "attributive projection" they attempt to dispense with both the unconscious and the self-concept. They state that this category is not concerned with either concept. It can be easily argued that personality projection of any kind cannot occur without a self-concept to project from, and that the self-concept and projective process may be characterized by a considerable range of consciousness although it is likely that defensive projection, at the time it occurs, is largely unconscious.

It is difficult to understand what prompted Murstein and Pryer to include a category of "autistic projection." Relying for definition again on the dictionary (English & English, 1958) we find that "autism" is defined as: "a tendency in one's thinking or perceiving to be regulated unduly by personal desires or needs, at the expense of regulation by objective reality—" (p. 59). Is it unreasonable to classify all personality projection as autistic? In defensive projection the need which clearly exerts such a strong effect is ego defense. In predictive projection the need is a function of the lack of data about the object. If we follow Murstein and Pryer we would have to define all need-determined perception as projection.

It was a pleasure to have the research review made available to the reader, and it was hoped that as the end of the article was approached the authors would resolve some of the earlier semantic confusion criticized above. In their final definition, however, they were unable to escape the consequences of their earlier thinking. Their attempt to limit their definition to "perception or judgments having to do with the personality" (Murstein & Pryer, 1959, p. 370) was laudable even though earlier they had dealt so cavalierly with the self-concept. This reader was totally unprepared, however, for the statement that projection is "the manifestation of behavior by an individual which indicates some emotional value or need of the individual" (Murstein & Pryer, 1959, p. 370). To accept this definition would mean that, in spite of Murray's warning, we would have to include as projection at least the following short list: reaction formation, rationalization, repression, sublimation, suppression, compensation, displacement, identification, introjection, fixation, obsession, compulsion, phantasy, dissociation, withdrawal, conversion, substitution, love, hate, eating and defecating, although items such as the Babinski reflex may be exempt.

Let us still agree with Murstein and Pryer that "projection" is a mechanism needing considerable research effort. Let us hope with them that more precise and useful definition and classification can be achieved. Let us not, however, in our endeavors to achieve scientific status for a concept neglect the principles of logic and functional definition.

Know Someone Who Would Like To Read Projection Psychology: A Note on Projection? by Philip H. Chase


Go From Projection Psychology To The Home Page