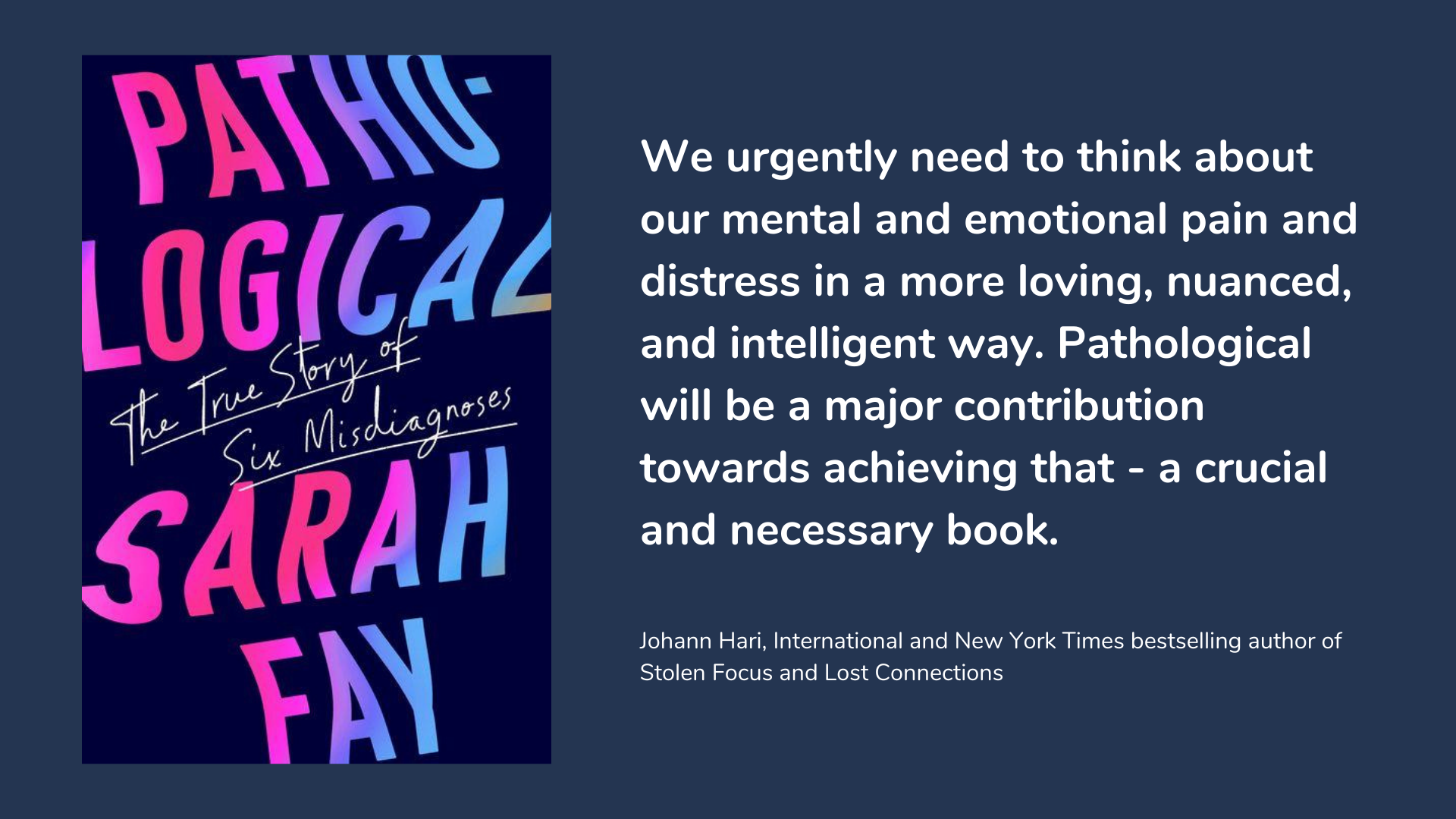 
"As this powerful memoir illustrates, a broken mental health industry can do real harm. Sarah Fay poignantly explores being misdiagnosed with six different psychological conditions over the course of three decades, each one bringing with it more stigma and trauma. She also delves into the history of the DSM—the field's official guide to diagnosis—underlining the book's dangerous unreliability by recounting each of her terrible experiences with it. Fay is a deeply compelling person and a fantastic writer who uses different forms of punctuation to express her state of mind at various points on her journey. We were wowed by her talent for bolstering personal stories with takeaways backed up with careful research. Pathological will make you passionate about improving the way we handle mental health."

Over thirty years, doctors diagnosed Sarah Fay with six different mental illnesses - anorexia, major depressive disorder (MDD), anxiety disorder, attention deficit hyperactivity disorder (ADHD), obsessive-compulsive disorder (OCD), and bipolar disorder. Pathological is the gripping story of what it was like to live with those diagnoses, and the crippling impact each had on her life. It is also a rigorous investigation into the Diagnostic and Statistical Manual of Mental Disorders (DSM) - psychiatry’s "bible," the manual from which all mental illness diagnoses come. Like the millions of Americans who'll receive DSM diagnoses in their lifetimes, she believed the DSM and its diagnoses were valid, only to discover that this revered manual has little scientific merit.

"Pathological is the best book I've read in many years. Masterfully written, distinctively researched, and deeply humane, it joins our finest literature on medicine and psychiatry and the eternal riddle we call our minds. Fay’s artful work is pleasingly unclassifiable: call it medical memoir; mental health thriller; comic punctuation primer; DSM and Big Pharma smackdown. I’ll just call it genius. It’s also contrarian, controversial, and beautifully, validly angry. If you or anyone you love has spent time in the mental health industrial complex (or, cauldron) - buy this book now and read it." (Anthony Swofford, International and New York Times bestselling author of Jarhead)

Pathological: The True Story of Six Misdiagnoses is available to pre-order internationally in print, kindle and audio format from Amazon. 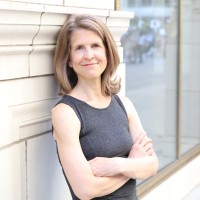 Sarah Fay is an author and activist. Her writing appears in many publications, including Longreads, The New York Times, The Atlantic, Time Magazine, The New Republic, McSweeney’s, The Believer, and The Paris Review, where she served as an advisory editor. She’s the recipient of the Hopwood Award for Literature, as well as grants and fellowships from Yaddo, the Mellon Foundation, and the MacDowell Colony, among others. She’s the founder of Pathological: The Movement (pathological.us), a public awareness campaign devoted to making people aware of the unreliability and invalidity of DSM diagnoses and the dangers of identifying with an unproven mental illness.

You can learn more about Sarah Fay by visiting her website sarahfay.org and you can connect with her online via LinkedIn

Know Someone Who Would Love To Read