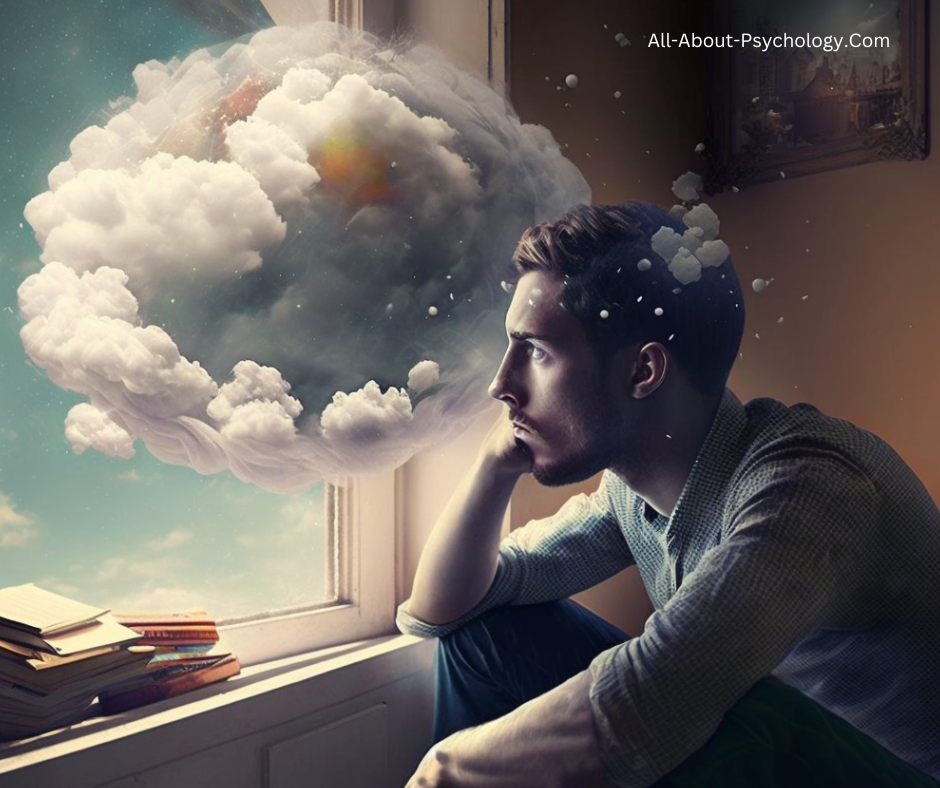 Maladaptive daydreaming differs from regular daydreaming in many ways and affects about 2.5% of people.


Despite what we’re often taught to believe, daydreaming can be immensely useful. Not only can it be a source of pleasure and a way to relieve boredom, research shows that our ability to mentally escape the present can also boost creativity, problem-solving and planning, and provide an antidote to loneliness.

Daydreaming, when defined as thoughts that aren’t tied to what you’re currently doing, occupies a good chunk of our waking lives – an average of around 30% of the time if you randomly probe people. It’s part of our everyday conscious experience. You might even think of it as our default mode which we return to, especially when doing things that don’t require a lot of brain power, such as mundane tasks like hanging out washing.

What is maladaptive daydreaming?

Unlike typical daydreams which can be fleeting (lasting seconds), maladaptive daydreamers can spend several hours at a time in a single daydream. According to one study, maladaptive daydreamers spent an average of at least half their waking hours immersed in deliberately constructed fantasy worlds. These invented worlds are often rich and fantastical, with complex plots and intricate storylines that evolve over many years.

Maladaptive daydreamers’ fantasy worlds are vivid and rewarding, and the need to continue the fantasy can be compulsive and addictive. With maladaptive daydreaming, there’s a strong urge to daydream and annoyance when this is not possible or interrupted. Most also find it difficult to stop or even reduce the amount of time they spend daydreaming.

But prioritising spending time in alternative, imagined realities at the expense of physical and social needs can create problems at work, at school and in maintaining close relationships. Many people with maladaptive daydreaming report experiencing psychological distress, difficulty sleeping and feelings of shame about their daydreaming activity – something that they may hide from others.

It’s important to note that immersive daydreaming and vivid fantasy activity isn’t by default maladaptive. What makes daydreaming “maladaptive” is when it becomes difficult to control, when time to daydream takes precedence over real life, and when the compulsion to daydream interferes with important life goals and relationships.

Why does it happen?

Researchers suspect that people who struggle with maladaptive daydreaming may have an innate ability for immersive imaginative fantasies. Many discover this ability early on in childhood, realising fantasy and daydreams can be used to regulate distress. By creating an inner world of comfort, they’re able to escape from reality.

Some – but not all – maladaptive daydreamers may use daydreaming as a coping strategy. For example, daydreaming activity can distract from an unpleasant reality which may help to cope with trauma, difficult life events or social isolation. But doing so can lead to a vicious cycle of compulsive fantasy, where using fantasy to avoid negative emotions exacerbates the urge to daydream.

In many ways, daydreaming becomes an addictive behaviour that fuels the very problems it was intended to alleviate. Perhaps unsurprisingly, maladaptive daydreaming tends to occur alongside other disorders, the most common being ADHD, anxiety, depression and obsessive compulsive disorder (OCD).

There seems to be a strong relationship between OCD and maladaptive daydreaming. One study found that over half of participants with maladaptive daydreaming also exhibited signs of OCD. This may suggest possible shared mechanisms between the two disorders, including intrusive thoughts, dissociation and a lack of cognitive control.

Though maladaptive daydreaming has been garnering an increasing amount of attention online and through social media, it’s not yet formally recognised in psychiatric diagnostic manuals.

This means many health professionals may be unaware of the condition, leading to misdiagnosis or dismissal of symptoms, creating further distress, isolation, and shame for maladaptive daydreamers. Many instead turn to online forums for peer support and recognition.

The fact that maladaptive daydreaming is not recognised as a psychiatric condition also means we know little about treatment options. There is one documented case study published in a peer-reviewed journal showing a 25-year-old man was able to cut the time he spent daydreaming in half – from nearly three hours daily to under an hour and a half. This was done over the course of six months using a combination of psychological treatments such as cognitive behavioural therapy and mindfulness.

Although treatment didn’t affect how rewarding his daydreaming felt, he reported improvements in work and social functioning as well as in underlying obsessions. It’s hoped that with increasing recognition and understanding of maladaptive daydreaming, more treatment options will become available for sufferers.

Go From Maladaptive Daydreaming Back To The Home Page