Why The Left-Brain Right-Brain
Myth Will Probably Never Die 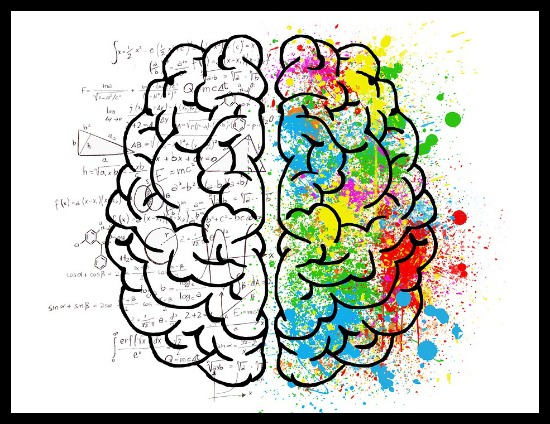 
The following article was originally posted on Psychology Today on June 27, 2012.


The left-brain right-brain myth will probably never die because it has become a powerful metaphor for different ways of thinking – logical, focused and analytic versus broad-minded and creative. Take the example of Britain’s Chief Rabbi Jonathan Sacks talking on BBC Radio 4 earlier this year. "What made Europe happen and made it so creative," he explained, "is that Christianity was a right-brain religion...translated into a left-brain language [Greek]. So for many centuries you had this view that science and religion are essentially part of the same thing."

As well as having metaphorical appeal, the seductive idea of the right brain and its untapped creative potential also has a long history of being targeted by self-help gurus peddling pseudo-psychology. Today the same idea is also picked up by the makers of self-improvement video games and apps. The latest version of the The Faces iMake-Right Brain Creativity app for the Ipad, for example, boasts that it is "an extraordinary tool for developing right brain creative capabilities".

There is more than a grain of truth to the left-brain right-brain myth. While they look alike, the two hemispheres of the brain do function differently. For example, it’s become almost common knowledge that in most people the left brain is dominant for language. The right hemisphere, on the other hand, is implicated more strongly in emotional processing and representing the mental states of others. However, the distinctions aren't as clear cut as the myth makes out - for instance, the right hemisphere is involved in processing some aspects of language, such as intonation and emphasis.

Much of what we know about the functional differences between the hemispheres comes from the remarkable split-brain studies that began in the sixties. These investigations were conducted on patients who’d had the thick bundle of fibres connecting their hemispheres cut as a last-resort treatment for epilepsy. Researchers, including the psychologists Roger Sperry and Michael Gazzaniga, could present stimuli to just one hemisphere or the other at a time, and they discovered that the two halves of the brain acted like independent entities with contrasting processing styles.

But it’s important to remember that in healthy people the two brain hemispheres are well-connected. The fictional doctor Gregory House called the corpus callosum that joins the hemispheres the "George Washington Bridge" of the brain, and in most of what we do, the hemispheres have evolved to operate together, sharing information across this bridge. Neuroscientists working in this field today are interested in how this coordination occurs.

Fascinating clip featuring Michael Gazzaniga and a man named Joe, who following brain surgery to reduce the severity of his epileptic seizures had the bridge between his left and right cerebral hemisphers (the corpus callosum) severed.


It’s also important to note that the kind of tasks that engage one hemisphere more than the other don’t always map neatly onto the kind of categories that we find useful to talk about in our everyday lives. Let’s take the example of creativity. We may find it a useful shorthand to divide tasks up into those that are creative and those that are repetitive. But the reality of course is more complex. There are many ways to be creative.

Writing an overview of the split-brain research in a 2002 article for Scientific American (pdf), Gazzaniga concluded, based on the interpreter phenomenon and other findings, that the left hemisphere is “inventive and interpreting”, whilst the right brain is “truthful and literal.” This seems at odds with the myth invoked by Rabbi Sacks and many others.

I suppose the logical left-brain, creative right-brain myth has a seductive simplicity about it. People can ask – which kind of brain have I got? They can buy an app to target their weaker half. They can categorise languages and people as right-brained or left. It’s tricky to combat that belief system by saying the truth is really more complicated. But it’s worth trying, because it would be a shame if the simplistic myth drowned out the more fascinating story of how our brains really work.

An excellent introduction to neuroscience, 'Great Myths of the Brain:'

Great Myths of the Brain