Left and Right: The Psychological
Significance of a Political Distinction 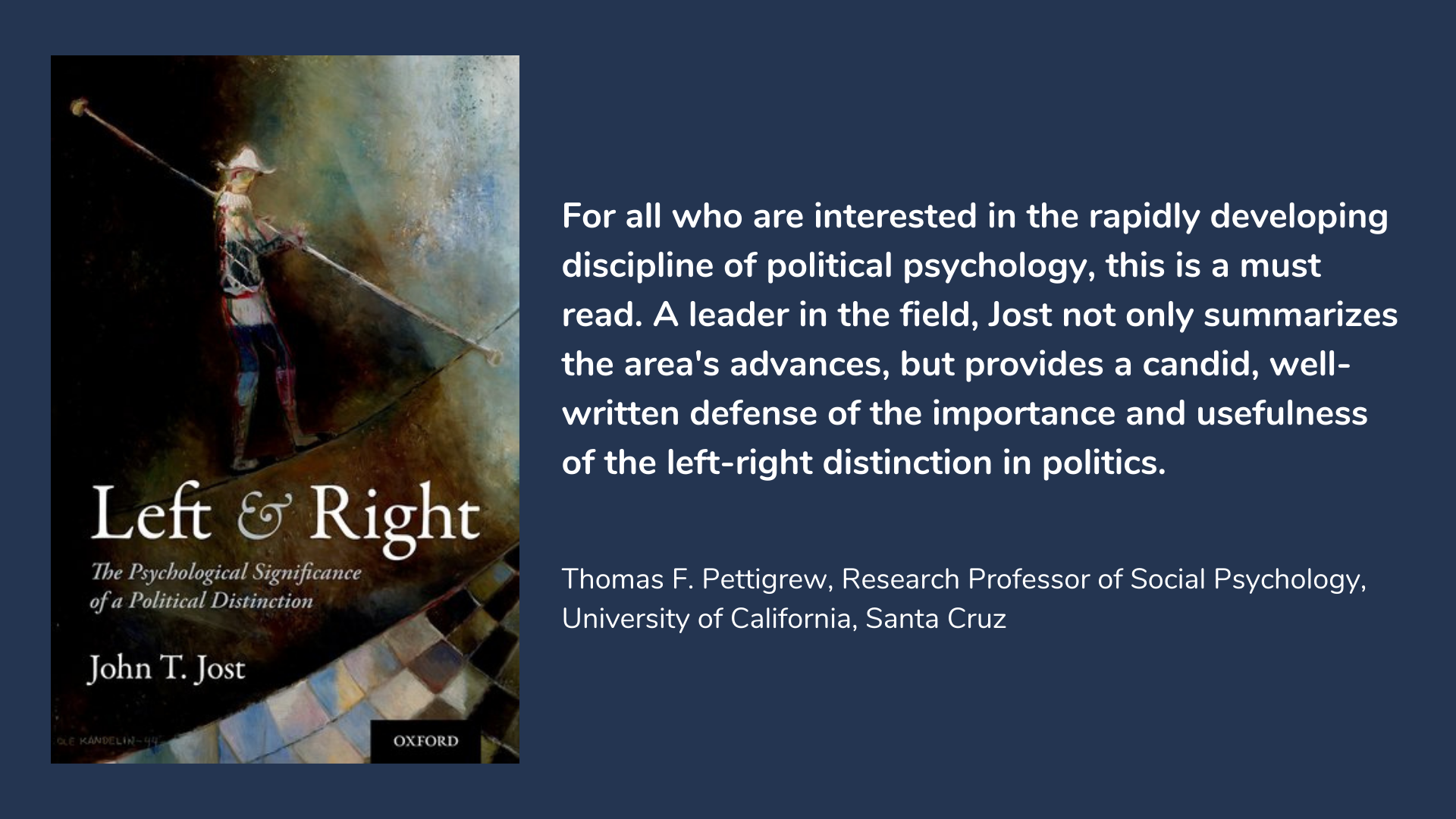 In this book, John Jost has accomplished something extraordinary, a truly political psychology—a psychology not of self-interest or of in-group or "tribal" loyalty, but of the large-scale ideas, ideals, identities, and motivations that form the ideological frameworks within which individuals and groups situate themselves, orient thought and action, and seek justification. He makes an essential contribution to our understanding of ourselves and others, synthesizing "top down" doctrinal and structural analysis and "bottom up" affective and cognitive affinities to show the durability and explanatory power of the "Left"/"Right" division. Recent events demand such an understanding, and Jost's work should be essential reading not only for psychologists, sociologists, political scientists, and philosophers, but for anyone who cares about the direction of our societies. (Peter Railton, Gregory S. Kavka Distinguished University Professor, University of Michigan)

Jost's Left and Right: The Psychological Significance of a Political Distinction provides a timely, creative and valuable contribution to our understanding of political ideology. By tackling contentious and critical topics with comprehensive and meticulous care, including the use of neuroscience and the importance of ethical values in the study of politics, Jost offers a powerful and thought-provoking analysis of the meaning and importance of these forces in everyday individual lives. (Rose McDermott, David and Marianna Fisher University Professor of International Relations, Brown University)

If like many social scientists you too have been content with embracing the Enlightenment idea that we are born tabula rasa and develop our political preferences by persuasion and socialisation, pick up this book and enjoy an exhilarating rollercoaster ride. Supported by evidence now too varied and abundant to ignore, Professor Jost offers the most comprehensive argument hitherto available that whether our carriage veers towards the political left or right heavily depends on our psychological makeup. It deserves to be a milestone in political psychology. (Diego Gambetta, Professor of Social Theory, European University Institute)

This book brings together for the first time an updated, revised collection of influential essays and articles that capture some of the most exciting scientific and scholarly contributions to the topic of political ideology. John Jost tackles fundamental questions about how psychology, neuroscience, and societal factors impact political attitudes and group divisions. In what sense, if any, are ordinary citizens "ideological"? Is it useful to locate political attitudes on a single dimension of representation? Are there meaningful differences in the beliefs, opinions, and values of leftists and rights-or liberals and conservatives? How are personality traits related to ideological preferences? What situational or contextual factors contribute to liberal and conservative shifts in the general population? What are the implications of ideological polarization for the future of democracy? Drawing on Max Weber's concept of elective affinities, one of the world's leading political psychologists discusses the myriad ways in people choose ideas and ideas choose people. Left and Right: The Psychological Significance of a Political Distinction, offers:

Left and Right is available to buy from your favorite bookseller and online worldwide in print and kindle versions from Amazon. 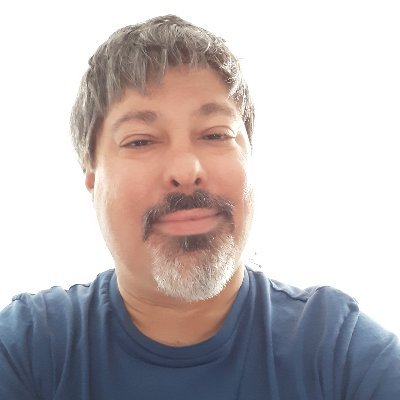 John T. Jost is Professor of Psychology and Politics and Co-Director of the Center for Social and Political Behavior at New York University. His research, which addresses stereotyping, prejudice, political ideology, and system justification theory, has been funded by the National Science Foundation and has appeared in top scientific journals and received national and international media attention. He has published over 200 peer-reviewed articles and six books.

Professor Jost has received numerous awards, including the Gordon Allport Intergroup Relations Prize, Erik Erikson Award for Early Career in Political Psychology, International Society for Self and Identity Early Career Award, Society for Personality and Social Psychology Theoretical Innovation Prize, Society of Experimental Social Psychology Career Trajectory Award, the Carol & Ed Diener Award in Social Psychology, and the Morton Deutsch Award for Distinguished Scholarly and Practical Contributions to Social Justice. He has served on many editorial boards and executive committees of professional societies and is currently editor of the Oxford University Press book series on Political Psychology.  He is a Past President of the International Society of Political Psychology and has received honorary doctorates from the University of Buenos Aires in Argentina and the Eötvös Lorand University in Hungary.

Know Someone Who Would Love To Read Left and Right: The Psychological Significance of a Political Distinction?