Leadership: The Art of Inspiring People to Be Their Best 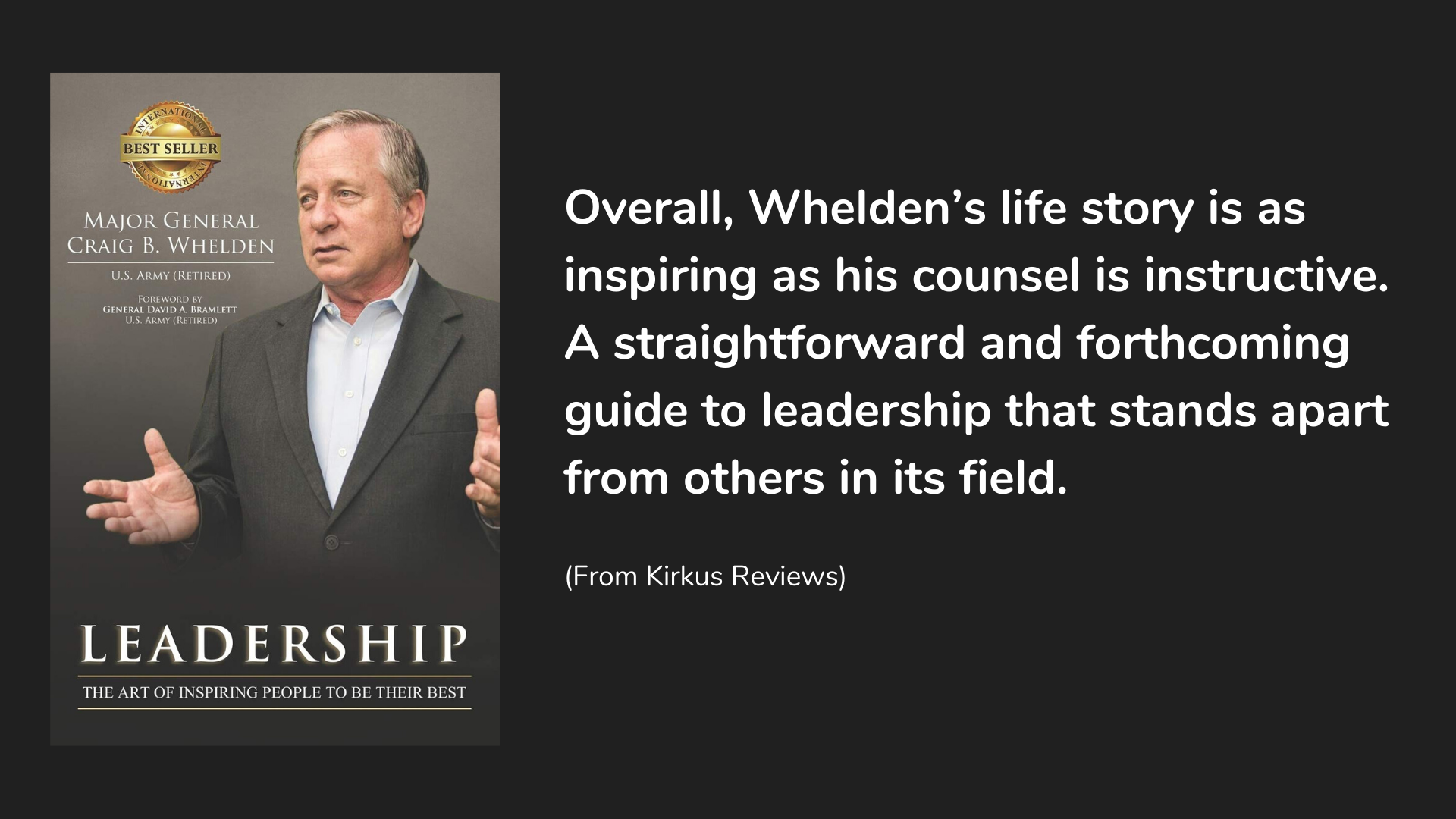 THE WINNER OF MULTIPLE AWARDS and a #1 INTERNATIONAL BEST SELLER, this book vividly brings to life 50 years of leadership and life lessons, told in a compelling and sometimes very personal way. A master storyteller, the author does this in 24 easily digestible chapters, starting with "character," the basic building block for all great leaders. From there, he addresses the importance of trust, four different methods of mentoring, delivering under pressure, setting organizational expectations, breaking down cultural barriers, effective communications, leaving a legacy, risk management, and many more topics that have everyday application for all of us.

Widely acclaimed by dozens of corporate leaders and senior military leaders, he has the unique ability to connect to readers through storytelling and takeaways that anyone can then apply: in the corporate world, the non-profit community, or simply in your everyday life. Two bonus appendices are included that are tools he personally used as a senior leader in the military: his "Philosophy of Command" - time tested over 30 years - and a self-reflection on himself as a leader titled "Whelden on Whelden."

You will not be disappointed!

If you want to get a huge head start on your leadership journey read this book at an early point in your career, whether in the public or private sector. It will impact greatly how you approach each challenge at every level of responsibility (ADMIRAL Tom Fargo, U.S. Navy (Retired) – former Commander, U.S. Pacific Command)

Craig Whelden spent 30 years in the U.S. Army, followed by seven in the private sector, and another nine as a member of the Senior Executive Service (SES) with the U.S. Marine Corps.

Along the way, he led soldiers, sailors, and marines at each level - from lieutenant to General Officer to Senior Executive - while serving 10 years in Europe, and another 12 in the Pacific.

An Armor and Cavalry officer, he commanded a base in Germany as a colonel and, as a brigadier general, oversaw a $1.6B program supporting soldiers and family members world-wide.

Present at the Pentagon on 9/11, he subsequently led the effort to secure the state of Hawaii from terrorist attack, an effort that received national recognition. After retiring from the Army in 2003, he chaired a national conference entitled Information Sharing and Homeland Security for three years.

In 2008, he was asked to organize and run a Secretary of the Army initiative to bring greater awareness to the American public of the sacrifices of service members and their families during a time of war. For this effort, he was recognized by Secretary Pete Geren with the top two awards for civilians.

In 2010, he became the Executive Director for Marine Corps Forces Pacific, overseeing a multi-billion-dollar program to reposition Marines in the Pacific—the largest such effort since World War II.

In 2011, he was inducted into the Purdue University Tri-Service ROTC Hall of Fame.

In October 2019, he transitioned to the next chapter of his life in Bluffton, South Carolina: becoming an award-winning, best-selling author and motivational speaker on leadership and performance excellence.

To learn more and to schedule a speaking engagement, go to www.craigwhelden.com

Know someone who would love to read Leadership: The Art of Inspiring People to Be Their Best?