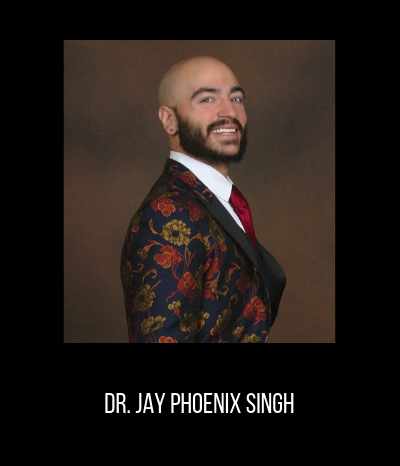 Fulbright Scholar, Dr. Jay Phoenix Singh, is a faculty member at both the University of Cambridge and the University of Pennsylvania. The author of over 75 peer-reviewed articles and books, he completed his graduate doctoral studies in psychiatry at the University of Oxford and clinical psychology at Universitat Konstanz.

An internationally acclaimed expert in the field of forensic and correctional psychology, Dr. Singh is a popular and respected media commentator, who regularly appears in print and broadcast media to share his expert insights.

What led you to pursue a professional interest in forensic and correctional psychology?

My intention since I was young had always been to study for my doctorate in clinical child psychology. I was accepted to a double-doctoral program in the United States to receive a PhD in Clinical Psychology as well as a PhD in Child Development but deferred for a year to read for an MSc in Psychiatry at Oxford. During that program I read hundreds of peer-reviewed articles, one of which (an American Psychologist article by Drs. Randy Otto and Kirk Heilbrun) was written so elegantly and made it so clear that there were numerous opportunities to make a difference in the field of forensic mental health research that I decided to change my plans. I certainly never planned on this being the area of academia which would become my focus, but it has been a fulfilling journey.

What would you say have been the most significant developments within the field of forensic and correctional psychology since your interest in the subject began?

I would argue that the most significant developments within the field of forensic and correctional psychology during my tenure have been on the international stage. The literature has exploded in the past 20 years such that most countries have teams actively working on producing (often prolifically) peer-reviewed research on topics ranging from risk assessment, to investigative interviewing, to jury decision-making, to eyewitness testimony, and so forth. As an example of what is now possible in the technological age: I had the pleasure of collaborating with a team of colleagues from over 15 countries on a grant-funded project entitled The International Risk Survey (IRiS), which surveyed violence risk assessment practices on six continents. The results were published in English, Danish, Dutch, German, and Spanish, culminating in the publication of the Oxford University Press handbook, International Perspectives on Violence Risk Assessment. 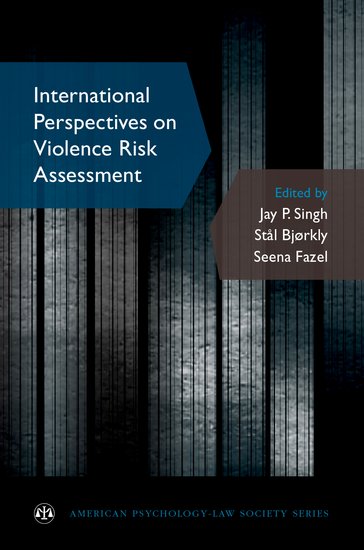 What aspect of forensic risk assessment interests you the most and why?

The aspect of forensic risk assessment that currently interests me most is the influence of the IKEA Effect on state, provincial, and national agencies. The IKEA Effect refers to the assumption that building something yourself means that it has more inherent value than the same thing built by someone else. In the field of forensic risk assessment, this applies to the development of new risk assessment tools. There are over 400 risk assessment tools currently in use in over 40 countries, but only a small minority of them are widely used. So what about the others? Our research has found that most have been developed at the local level – in the United States, for example, the preponderance of states have developed their own tool but few have conducted research to validate those instruments, resulting in a glut of measures with questionable psychometric properties. Sometimes even individual hospitals or correctional facilities have developed their own instruments, even though there is no clear need for the development of novel tools at the moment. This trend is unlikely to change, but watching it in real time as a phenomenon has been fascinating.

Of all the clinical biases in forensic assessment you have come across, which bias would you say is the most prevalent?

I would argue that pareidolia is the most common clinical judgment bias. Pareidolia refers to perceiving as significant an otherwise insignificant thought or feeling. For example, having a “gut feeling” that a particular individual is going to be violent in the future, regardless of what a risk assessment tool suggests. Peer-reviewed research consistently finds that adjusting actuarial risk assessment tool estimates based on professional discretion results in a decrease in accuracy. We as human beings like to think we have a sixth sense such that if we cannot get a thought out of our minds or a physical feeling occurs as a result of an interaction, that this means something special. However, it would be like saying that you felt particularly lucky when buying a lottery ticket and hoping that the more you think of winning, the more likely you are to do so – it is simply not the case.

Could you tell us about your upcoming YouTube series, "Navigating Academia"?

Navigating Academia is a first-of-its-kind YouTube series comprised of step-by-step guides on how to advance your career in academia. The official channel name to follow the series is @realdrphe. The professionally produced series will have a new episode released weekly and will cover topics including: how to get an academic book contract, how to get onto your favorite journal's editorial board, how to respond to journal reviewer comments, the most lucrative "side hustles" for academics, and many others. I want to hear from readers of this interview - what topics would you and your students like to have covered in this series? Please email your suggestions to jaysinghzurich@gmail.com. It is my hope that these free resources will remove barriers to entry to the highest ranks of academia.

The "Big Data" perspective on violence risk assessment refers to the use of systematic reviewing, meta-analytic, and large-scale epidemiological methods to investigate the accuracy the reliability of unstructured and structured approaches to behavioral prediction. Individual studies within the literature – over 100 of which are published annually in over 150 journals – should be viewed as individual trees, especially those with sample sizes of under 300 participants, which constitutes the majority of the literature. By synthesizing this primary literature or using population-based datasets, a clearer picture can be obtained of what is actually going on – from how to maximize the accuracy of risk assessment tools to how instruments fair for different populations across study characteristics.

In terms of having an accurate grasp of the discipline, how would you rate public understanding of forensic psychology?

As with most disciplines in the behavioral sciences, media representations of the field of forensic psychology (and, hence, public perceptions) are largely inaccurate. That said, the increased involvement of experts from within the field serving as consultants on shows can only serve to improve the accuracy of depictions.

Having already achieved so much both personally and professionally, what are your goals for the future?

I am thrilled this year to become the first psychologist to have lectured at all eight Ivy League universities (Harvard, Yale, Princeton, Columbia, Cornell, Brown, Dartmouth, UPenn) as well as Oxford and Cambridge – this has been my "Academic Everest" for the past six years that I have been trying to climb. By the end of the year I will have lectured on six of the seven continents, as well, which is another tick off my bucket list. A major personal goal that I have to mentor early career professionals as well as established academics to facilitate their career advancement and entrepreneurial endeavors – readers can set-up a free consultation call with me to discuss this further via www.jayphoenixsingh.com

Go From Dr. Jay Phoenix Singh Q & A Back To The Home Page