Is Addiction A Disease 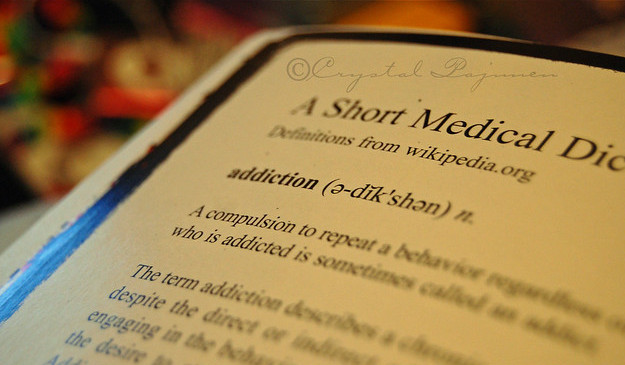 
We used to think of “addiction”, or what we now call dependence, as a moral failing. This had the result of blaming the person who was addicted – it was a matter of willpower and they just weren’t trying hard enough. So the obvious solution was shaming and scolding until they did.


In the mid-20th century, a new movement started: the recovery movement, led by peer organisations such as Alcoholics Anonymous. This signalled a shift towards a focus on disease. This shift was important in understanding drug use as a health issue and focusing responses towards support rather than blaming.


The downside to this way of thinking is that it conceptualises drug use and dependence as a problem you have no control over – it needs someone or something to “fix” it (typically a medicine). The first step in the 12-step movement demonstrates this well: “I admit that I am powerless over alcohol/drugs.” The pendulum had swung in the opposite direction.


But what is a disease? Traditional definitions refer to a failing or problem with cells, tissues or organs – an illness of some sort. The organ in question here is the brain.


Many studies demonstrate cognitive deficits among drug users, but there is little evidence those brain deficits occurred before drug use. Some cognitive risk factors increase the likelihood of a drug or alcohol problem, but no-one has done a study that has measured babies’ brain structure and function, and then looked at who developed problems with drugs 15 to 20 years later to see whether there are particular brain deficits that “cause” drug dependence.


A broader definition of a disease would be an “abnormal” condition of some sort – which would also place mental health issues in the category of disease. We don’t usually consider mental health problems, such as depression or anxiety, as a disease, even though they have biological (including neurological) aspects to them.


Modern understanding of brain plasticity shows repeated behaviours form strong paths in the brain. This suggests drug problems might be more of a habit ingrained in the brain by repeated reinforcement of behaviours. Those behaviours are influenced by factors such as biology, the social and environmental situation, and upbringing.

Addiction as a learnt behaviour (that can be unlearnt), with multiple influences, can better account for the wide range of ways people use alcohol and other drugs, and also for the path to dependence.


We know there are multiple factors that increase risk of a) drug use, b) drug-related problems and c) drug dependence. Some of them are probably biological, but we haven’t found a gene or biological cause.


Our understanding of addiction or dependence is still growing and with it we change the way we describe it. A model to explain dependence can be useful to help a user or family member understand the illogical behaviour or help the general public understand the need for a specific treatment.


I find the disease model useful in explaining how dependence is different from other excessive alcohol or drug use.


A disease can be defined as a set of symptoms caused by external or internal factors. Dependence is not like a virus or infection, but more like a chronic disease. You may have a predisposition to it, but it will not manifest itself until it is triggered.


Our behaviour, whether it is drug-taking, over-eating or lack of exercise, may increase the chance of developing a disease. As with a chronic disease, long-term management may be necessary to get the best outcome, but relapses may still occur. I find this model helps people understand the long-term perspective of a person who is struggling to manage dependence.


Only repeated use of alcohol or drugs lead to dependence, so I agree a person is not powerless in this. Although it is difficult to control the behaviour, a person needs to learn to manage it.


There is no easy fix, like with many diseases. Just taking away the drug will not cure the “disease”. A range of approaches is needed to help people cope with life in different ways and connect to healthy habits and people.


Specific medication can be useful during withdrawal to manage the physical side of dependence or to support a person in the long term to decrease the risk of relapse. The medications to support long-term relapse prevention have rates of success similar to those for other chronic health problems (low to moderate). But we have hardly any effective medications to support people to manage amphetamine and cannabis dependence in the long term.


Psychological support should be a vital part of the support to help people increase motivation for change and give them the tools to manage their use. As with chronic health problems, the person has an important role, but they can be supported by professionals. We know the success rate of attempts to quit smoking without any support are very low. Medication and social support can increase this.


Addiction or dependence is characterised by a large range of changes in behaviour; it is unlikely we will find one gene that is responsible for this. There are large individual differences in how we respond to drugs, whether we continue after negative effects arise and how we handle reduction in use.

Some of these changes may rely on genes or psychological factors (impulsivity or coping skills), others may be dependent on our “environment” (trauma or abuse). Twin studies and cohort studies are useful in identifying biological factors and looking at cause and effect.


Even people who are heavily dependent can often control their alcohol or other drug use when they need to, which suggests a disease model is not a good fit as an explanation. We all know someone who can resist drinking at a party, but if they start to drink they may get out of control.


I ask my clients to make an effort not to come to counselling in an intoxicated state. Most are able to stop or reduce their use in response to that, or in order to look after children, or when they need to go to work. The biological drive to use can be strong, but it can also be managed.


Only a relatively small number of people become dependent on alcohol or other drugs (between 5% and 20% depending on the drug), suggesting the alcohol or drugs themselves are not the primary cause of the problem.


The search for the underlying mechanism that causes some people to become dependent, and others not, has been one of the drivers of the disease explanation.


Any single-factor theory to explain alcohol and other drug use and dependence will inevitably fall short. We would do better looking at the full range of factors that enable problems with alcohol or drug use. Dependence is a complex problem with no simple solution.


I agree a single-factor theory is not helpful to explain addiction behaviour. Many diseases are similar in this, having a large number of risk and contributing factors. Addiction can be viewed as a treatable disease, but the person is central in managing the behaviour.


Continued drug use has a complex impact on our brain. Only a multi-disciplinary approach will help us fully understand what these impacts are and help us provide optimal support.