Why Speaking To Yourself in the Third Person Makes You Wiser

David Robson, science journalist specializing in the extremes of the human brain, body and behavior. 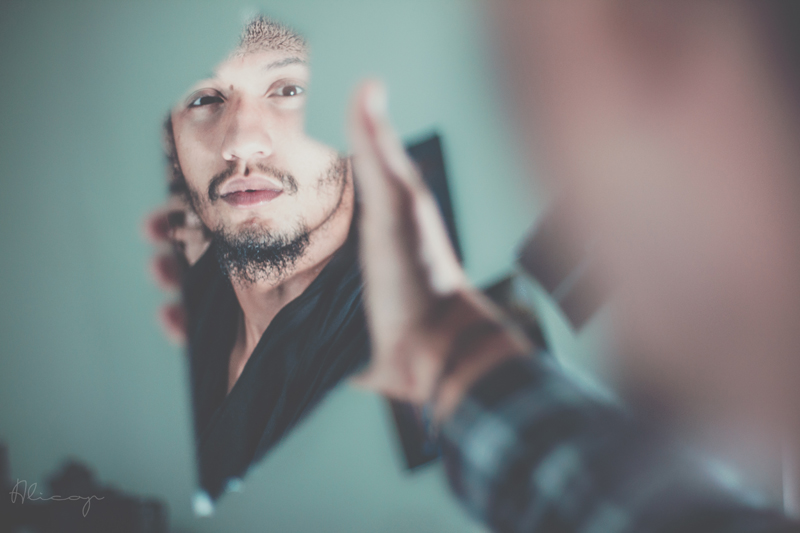 We credit Socrates with the insight that ‘the unexamined life is not worth living’ and that to ‘know thyself’ is the path to true wisdom. But is there a right and a wrong way to go about such self-reflection?

Simple rumination – the process of churning your concerns around in your head – isn’t the answer. It’s likely to cause you to become stuck in the rut of your own thoughts and immersed in the emotions that might be leading you astray. Certainly, research has shown that people who are prone to rumination also often suffer from impaired decision making under pressure, and are at a substantially increased risk of depression.

Instead, the scientific research suggests that you should adopt an ancient rhetorical method favoured by the likes of Julius Caesar and known as ‘illeism’ – or speaking about yourself in the third person (the term was coined in 1809 by the poet Samuel Taylor Coleridge from the Latin ille meaning ‘he, that’). If I was considering an argument that I’d had with a friend, for instance, I might start by silently thinking to myself: ‘David felt frustrated that…’ The idea is that this small change in perspective can clear your emotional fog, allowing you to see past your biases.

A bulk of research has already shown that this kind of third-person thinking can temporarily improve decision making. Now a preprint at PsyArxiv finds that it can also bring long-term benefits to thinking and emotional regulation. The researchers said this was ‘the first evidence that wisdom-related cognitive and affective processes can be trained in daily life, and of how to do so’.

The findings are the brainchild of the psychologist Igor Grossmann at the University of Waterloo in Canada, whose work on the psychology of wisdom was one of the inspirations for my recent book on intelligence and how we can make wiser decisions.

Grossmann’s aim is to build a strong experimental footing for the study of wisdom, which had long been considered too nebulous for scientific enquiry. In one of his earlier experiments, he established that it’s possible to measure wise reasoning and that, as with IQ, people’s scores matter. He did this by asking participants to discuss out-loud a personal or political dilemma, which he then scored on various elements of thinking long-considered crucial to wisdom, including: intellectual humility; taking the perspective of others; recognising uncertainty; and having the capacity to search for a compromise. Grossmann found that these wise-reasoning scores were far better than intelligence tests at predicting emotional wellbeing, and relationship satisfaction – supporting the idea that wisdom, as defined by these qualities, constitutes a unique construct that determines how we navigate life challenges.

Working with Ethan Kross at the University of Michigan in the United States, Grossmann has also looked for ways to improve these scores – with some striking experiments demonstrating the power of illeism. In a series of laboratory experiments, they found that people tend to be humbler, and readier to consider other perspectives, when they are asked to describe problems in the third person.

Imagine, for instance, that you are arguing with your partner. Adopting a third-person perspective might help you to recognise their point of view or to accept the limits of your understanding of the problem at hand. Or imagine you are considering moving jobs. Taking the distanced perspective could help you to weigh up the benefits and the risks of the move more dispassionately.

This earlier research involved only short-term interventions, however – meaning it was far from clear whether wiser reasoning would become a long-term habit with regular practice at illeism.

To find out, Grossmann’s latest research team asked nearly 300 participants to describe a challenging social situation, while two independent psychologists scored them on the different aspects of wise reasoning (intellectual humility, etc). The participants then had to keep a diary for four weeks. Each day, they had to describe a situation they’d just experienced, such as a disagreement with a colleague or some bad news. Half were prompted to do so in the first-person, while the others were encouraged to describe their trials from a third-person perspective. At the end of the study, all participants repeated the wise-reasoning test.

Grossmann’s results were exactly as he’d hoped. While the control participants showed no overall change in their wise-reasoning scores, those using illeism improved in their intellectual humility, perspective-taking and capacity to find a compromise.

A further stage of the study suggested that this newfound wisdom also translated into greater emotional regulation and stability. After they had finished the four-week diary intervention, participants had to predict how their feelings of trust, frustration or anger about a close family member or friend might change over the next month – then, after that month was up, they reported back on how things had actually gone.

In line with other work on ‘affective forecasting’, the people in the control condition overestimated their positive emotions and underestimated the intensity of their negative emotions over the course of the month. In contrast, those who’d kept a third-person diary were more accurate. A closer look revealed that their negative feelings, as a whole, were more muted, and that’s why their rosy predictions were more accurate. It seems their wiser reasoning had allowed them to find better ways to cope.

I find these emotion and relationship effects particularly fascinating, considering the fact that illeism is often considered to be infantile. Just think of Elmo in the children’s TV show Sesame Street, or the intensely irritating Jimmy in the sitcom Seinfeld – hardly models of sophisticated thinking. Alternatively, it can be taken to be the sign of a narcissistic personality – the very opposite of personal wisdom. After all, Coleridge believed that it was a ruse to cover up one’s own egotism: just think of the US president’s critics who point out that Donald Trump often refers to himself in the third person. Clearly, politicians might use illeism for purely rhetorical purposes but, when applied to genuine reflection, it appears to be a powerful tool for wiser reasoning.

As the researchers point out, it would be exciting to see whether the benefits apply to other forms of decision making besides the more personal dilemmas examined in Grossmann’s study. There’s reason to think that they might. Previous experiments have shown, for instance, that rumination leads to worse choices in poker (hence why expert players strive for a detached, emotionally distanced attitude), and that greater emotional awareness and regulation can improve performance on the stock market.

In the meantime, Grossmann’s work continues to prove that the subject of wisdom is worthy of rigorous experimental study – with potential benefits for all of us. It is notoriously difficult to increase general intelligence through brain-training, but these results suggest that wiser reasoning and better decision making are within everyone’s power. 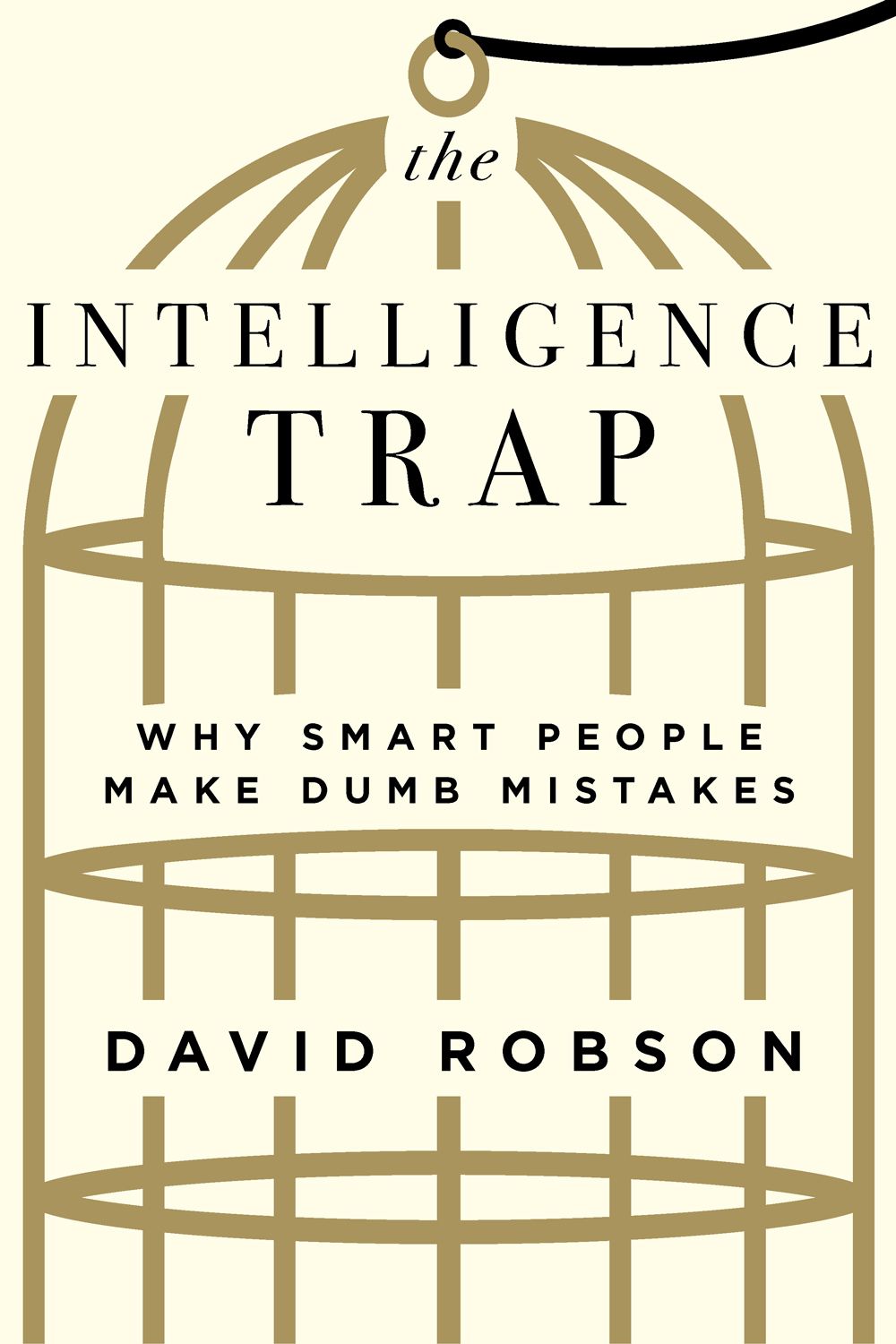 An eye-opening examination of the stupid things smart people do - and how to cultivate skills to protect ourselves from error.

Smart people are not only just as prone to making mistakes as everyone else, they may be even more susceptible to them. This is the "intelligence trap," the subject of David Robson’s fascinating and provocative book.

The Intelligence Trap explores cutting-edge ideas in our understanding of intelligence and expertise, including "strategic ignorance," "meta-forgetfulness," and "functional stupidity." Robson reveals the surprising ways that even the brightest minds and most talented organizations can go wrong - from some of Thomas Edison’s worst ideas to failures at NASA, Nokia, and the FBI. And he offers practical advice to avoid mistakes based on the timeless lessons of Benjamin Franklin, Richard Feynman, and Daniel Kahneman.

You can buy this fascinating book on Amazon via the following link: