How Trustworthy Are Your Memories? 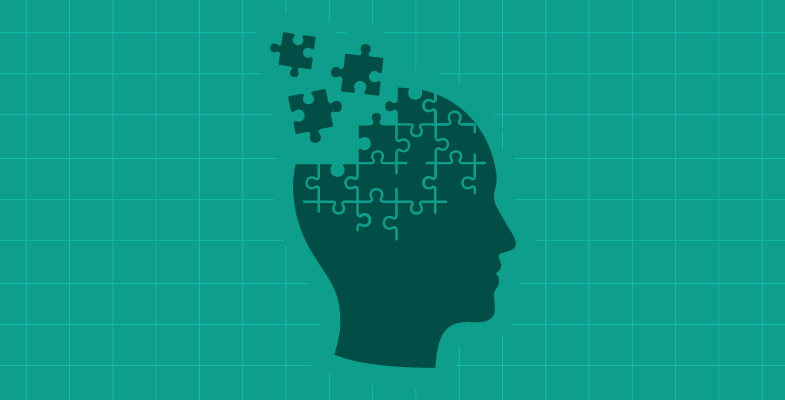 The following article was originally published by Husson University Online


Cognitive research on memory has demonstrated that recollections are not as credible as they’re often assumed to be. Sometimes, an event didn’t happen the way someone remembered it. In other instances, it didn’t happen at all.

This psychological phenomenon is known as false memory. It’s an emerging subject that’s particularly relevant to the legal system and clinical psychology.

You may find the notion of developing false memories difficult to believe. How can people vividly remember something that never took place? It’s very possible, as the following exercise will help illustrate.

One of the simplest false memory experiments comes from what’s known as the Deese-Roediger-McDermott (DRM) paradigm. If you’d like to participate in a quick test to see if you’ll develop false memories, follow the instructions in the next section. Don’t look ahead to the “results” section.


How Many of These Words Can You Recall?

Grab a piece of paper and a writing utensil. Study the first of the two word lists and read every term aloud to yourself.

Once again, after you’ve read each word aloud, look away from the screen. Take one or two minutes to write as many words as you can remember on your piece of paper. The answers for each word list are in the next section.

If you wanted to participate in the word recall experiment, don’t read this section until you’ve completed the tasks in the previous section.

If you answered “yes” to either of those questions, then you have developed at least one false memory. You remembered a word or words not included in the word lists. If that’s the case, you’re not alone. Around 72 percent of people displayed false recollection of words not presented in lists, according to a popular study conducted by Henry Roediger and Kathleen McDermott in the Journal of Experimental Psychology: Learning, Memory, and Cognition. Their seminal work on creating false memories utilized several word lists to demonstrate the high likelihood that people would "remember" words never shown or mentioned.

The Two Types of False Memory

Suggestion-induced false memories use external pressure. In other words, people are exposed to some type of information that leads to the false memory. One method is with misinformation. For instance, after viewing videos of crimes, participants may be asked what weapon the hijacker carried, even though a weapon wasn’t shown. In memory tests, participants remembered the suggested element. Another method is known as the implantation paradigm. BBC reported how researchers were able to convince people that, as children, they had been lost in a shopping center or that they had taken a hot air balloon ride. In both cases, experiments used fake photographic evidence.

Spontaneous false memories develop without any external pressure. Instead, they arise out of internal memory mechanisms. The DRM paradigm is the most common way to demonstrate how these false memories can come into existence. By displaying related words that are all linked together by some critical word not shown, participants falsely recall or recognize the critical term.

An article published in the Journal of Verbal Learning and Verbal Behavior found that language had a noticeable impact on what a person recalled in the wake of an auto accident. In the experiments, participants watched an accident and then were asked variations of the same question: "About how fast were the cars going when they smashed/collided/bumped/contacted/hit into each other?" 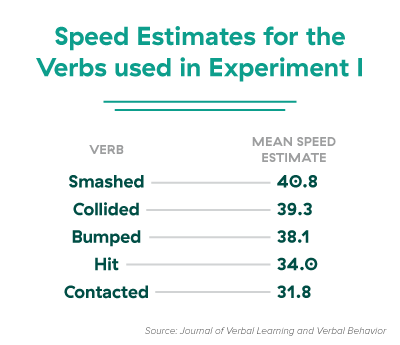 The theories behind false memory are quite extensive. Here are some of the most important current attempts at explaining false recollections.

The activation-monitoring theory argues that information from an actual event spreads through a network of interrelated nodes, activating concepts not part of the original event. For example, after seeing words like "bed," "night" and "pillow," concepts that are related words, like "sleep," are also activated.

The associative-activation theory proposes that as people develop, they obtain new knowledge and information, enhancing their knowledge base. Interrelated nodes are connected to a knowledge base, and those nodes are triggered by associative activation. Note that the speed of this process increases and becomes more automatic. As a result, when associative activation occurs, nodes may be activated that represent certain concepts of information. However, what’s recalled may not have occurred.

The fuzzy trace theory states that during an experienced event, two memory traces are stored: verbatim and gist. "Verbatim" refers to the event’s exact details, while "gist" refers to the processing of the event’s underlying meaning. If there is a long interval between encoding and retrieval, gist traces may be relied on heavily, which can lead to falsely recalled information or memories.

The Scope and Implications of False Memory

Virtually anyone is susceptible to false memory. People with extraordinary memory ability are just as likely as controls to have false recollections, according to research in Proceedings of the National Academy of Sciences of the United States of America (PNAS). Individuals with highly superior autobiographical memory incorporated post-event information, undermining their memory.

"The findings also suggest that the reconstructive memory mechanisms that produce memory distortions are basic and widespread in humans, and it may be unlikely that anyone is immune. The assumption that no one is immune from false memories has important implications in the legal and clinical psychology fields, where contamination of memory has had particularly important consequences in the past." – Researchers in PNAS

The reliability of memory has become a major topic not just for cognitive researchers, but legal and mental health professionals. As the BBC noted, the criminal justice system has seen many convictions overturned. Hundreds alone have taken place as part of The Innocence Project, which uses forensic technology to shed light on eyewitness misidentification. Debate continues on how false information and memories have or will affect convictions.

Advances in cognitive science could have special significance for mental health. Neuroscientists have achieved a breakthrough by actually implanting a false memory in a mouse. According to Smithsonian Magazine, the mouse recalled receiving an electric shock, but it never happened; researchers manipulated brain cells to fabricate that memory. The potential connections to mental health treatment are enticing. Perhaps people with memory-related disorders like Alzheimer’s disease could receive a “boost” to their brain cells. It might also be possible for someone with post-traumatic stress disorder (PTSD) to repeatedly activate a bad memory to demonstrate how it isn’t harmful or replace/erase the traumatic component of the memory.

There’s a lot more to learn and discuss about false memory and its implications. An online psychology degree can help you engage more with topics like memory, cognition and clinical applications. To gain the skills and knowledge needed to pursue entry-level employment in the growing mental health services field or for graduate study, you’ll need a solid education. At Husson University, you’ll enjoy small class sizes and a flexible online schedule that will allow you to balance your studies with your busy life.