How Can We Help The Hikikomori To Leave Their Rooms? 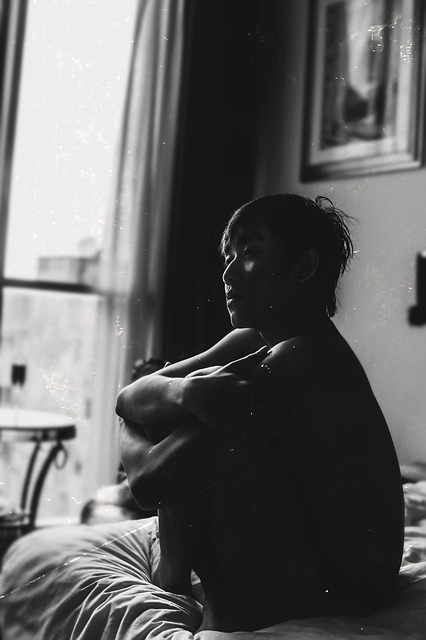 Hikikomori is a Japanese term that describes people who stay holed up in their homes, or even just their bedrooms, isolated from everyone except their family, for many months or years. The phenomenon has captured the popular imagination, with many articles appearing in the mainstream media in Japan and beyond in recent years, but surprisingly it isn’t well-understood by psychologists.

While the condition was first described in Japan, cases have since been reported in countries as far apart as Oman, India, the United States and Brazil. No one knows how many hikikomori exist (the term refers both to the condition and to the people with it), but surveys suggest that 1.79 per cent of Japanese people aged 15-39 meet the criteria. However, while some assumptions about risk factors have been made, based largely on reports of specific cases, there has been a lack of population-based research. A new study, published in Frontiers in Psychiatry, plugs some of the knowledge gaps.

The researchers Roseline Yong and Kyoko Nomura of the Department of Public Health at the Graduate School of Medicine at Akita University in Japan analysed survey data from 3,287 male and female participants aged 15-39, who were randomly selected from 200 different urban and suburban municipalities all over Japan, representing a cross-section of Japanese society.

The participants answered questions about how often they left their home (and for those who didn’t, how long they’d remained inside). Researchers classified as hikikomori anyone who, for at least the past six months, never or rarely left their home, unless they had a practical reason for staying in, such as being pregnant, being busy with housework (yes, really), being a homemaker, or having been diagnosed with schizophrenia. The respondents also answered demographic questions and questions about their mental health.

It has been suggested that hikikomori is primarily an urban phenomenon. But that’s not what Yong and Nomura found. Based on the survey data, hikikomori were just as likely to live in a village as in a big city. The condition has also been considered more common among men, and this study provides the first epidemiological evidence to back this up. Still, 20 of the 58 hikikomori were female.

Yong and Nomura found no relationship with country region, number of family members or social class. But one local demographic variable did stand out as being protective: living in an area filled with businesses and shops. The more social and cultural activities an area offered, the fewer hikikomori by percent the researchers found. Since these kinds of neighbourhoods can contain ‘diverse people and cultures, and more outdoor options and job opportunities, future studies should clarify if these factors are associated with hikikomori’, the researchers write.

The hikikomori in the sample were more likely to have a history of psychiatric treatment, to have dropped out of school and to have a tendency towards violence to themselves (self-harming, for instance), but not to others. Throwing dishes and hitting walls was far more likely than hurting a family member with whom they lived. The strongest factor was a high level of interpersonal difficulty, as measured by the degree of agreement with statements such as ‘I am anxious about the possibility of meeting people that I know,’ ‘I am anxious about what others might think of me,’ and ‘I cannot blend into groups.’

These anxieties may be related to a sense of humiliation, which suggests that they are afraid of being seen in their current situation … Unlike anxieties found in social phobias or generalised social anxieties … our finding of an association between hikikomori and interpersonal difficulties indicates that hikikomori fear people and the community that they know.

If these anxieties are keeping people inside their homes, what’s prompting them to retreat there in the first place? One answer could be school phobia. The survey revealed that hikikomori are more likely to have dropped out of education. The transition from high school to college appeared especially harsh.

All this does suggest a possible route to treatment – for one thing, finding ways to keep young people in education might reduce the risk: ‘By carefully assessing the types of fears that they may have, our data suggest the possibility that improving communication skills and managing expectations may be helpful for combating hikikomori.’ The researchers note that this type of strategy has in fact already been tried, with some success. The strategy has legs because, surprisingly, hikikomori do not tend to live alone. Despite the isolation, most reside with two to four other family members in the same home – so there is access to some society, and a place to start.

There are some significant challenges: the data showed that a very high proportion – 37.9 per cent – of the hikikomori had a previous history of psychiatric treatment. ‘The higher proportion of hikikomori who are dependent on medication is also alarming,’ the researchers add. Notably, the population showed signs of obsessive compulsive disorder. Some of the respondents said that they repeatedly checked on meaningless things or repeated the same act over and over. Clinical depression, schizophrenia and suicidal ideation and attempts are far more prevalent in this group.

How all these factors interrelate, as causes or perhaps results of hikikomori, is far from clear. But one thing is obvious: the hikikomori are acutely aware of their own pain. They are likely to feel acute guilt for subjecting family to their quirks and, at the same time, report feeling suffocated by their shut-in ways. As the researchers stress, further studies are clearly needed. However, this new work does provide some good pointers to the most worthwhile research avenues, and serves as a call to action. As the researchers conclude: ‘The condition of hikikomori requires active intervention instead of the passive attitude stating that it is merely a lifestyle choice.’ 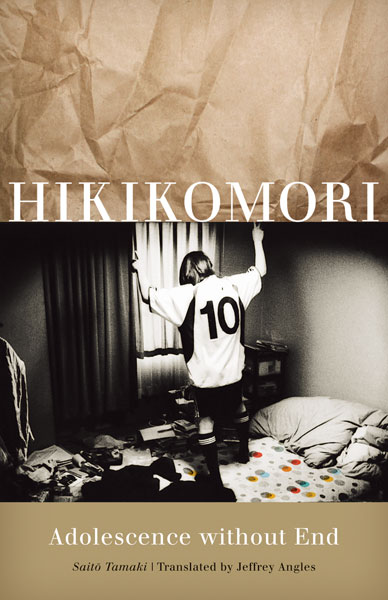 A best-selling work of Japanese psychology that brought attention to the widespread problem of acute social withdrawal. This is the first English translation of a controversial Japanese best seller that made the public aware of the social problem of hikikomori, or "withdrawal" - a phenomenon estimated to involve approximately one million Japanese adolescents and young adults. Drawing on his own clinical experience with hikikomori patients, Saito Tamaki creates a working definition of social withdrawal and explains its development.

You can buy this groundbreaking book on Amazon via the following link: