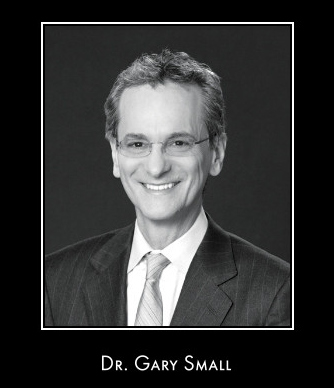 Dr. Gary Small is a professor of psychiatry and director of the UCLA Longevity Center at the Semel Institute for Neuroscience & Human Behavior. His research, supported by the National Institute of Health, has made headlines in the Wall Street Journal and the New York Times. Scientific American magazine named him one of the world’s leading innovators in science and technology.

Dr. Small lectures throughout the world, frequently appears on The Today Show, Good Morning American, PBS, and CNN and is a bestselling author. His books include The Memory Bible, The Alzheimer's Prevention Program and 2 Weeks To A Younger Brain.

What would you say are the most important areas within aging research today?

We know that people age gradually and that it is easier to protect a healthy body and brain than to try to repair extensive age-related damage once it sets in. So research focusing on early detection of age-related diseases, like Alzheimer’s and Parkinson’s, is critical. For example, with our current work on new prevention interventions and novel brain scanning technologies, I expect that in the future people will have the opportunity to get a “brain check” to determine whether they should start a treatment that would delay the onset of Alzheimer’s disease by years.

What are the most effective ways of exercising your brain?

The goal is to train and not strain the brain. If a mental task is too difficult, it causes stress, which can worsen memory challenges. If brain exercises are too easy, then we get bored and our brain cells don’t have enough of a work-out. Also, “cross-training” your brain is helpful. In other words, vary your mental aerobics so they target different brain regions – switch from visual and spatial exercises (e.g., maze puzzles) that work your right brain hemisphere to verbal games (e.g., crossword puzzles) that stimulate the left side of the brain.

Another effective way to exercise the brain is to exercise the body – one study found that a 10 to 15 minute daily brisk walk lowers the risk for Alzheimer’s disease. Cardiovascular conditioning increases brain circulation and secretion of hormones that strengthen brain cells.

What are the most significant findings in relation to the link between stress and memory?

How big a problem is technology addiction?

A recent study found that nearly 10% of young people had symptoms suggesting a technology addiction. The pace of technology innovation has been so rapid that we have not yet recognized the extent of the problem. Even if someone does not have a full-blown addiction that impairs daily life function, nearly everyone who uses technology knows of the lure and how difficult it is to spend time off-line and away from the technology.

Could you explain what you mean by digital natives and digital immigrants?

Digital natives are young people who have grown up with access to new technology form a very early age. Their brains are wired to use the technology effectively, but they have less experience with face-to-face human contact skills. Digital natives grew up at a time when technology had less influence on their daily life. Their technology skills are less developed than those of natives, but they are better at face-to-face conversations.

In your book 'The Naked Lady Who Stood on Her Head'  you showcase a number of your most compelling cases during your time as a practicing psychiatrist. Of all these cases is there one that stands out for you personally. If so, which one and why? 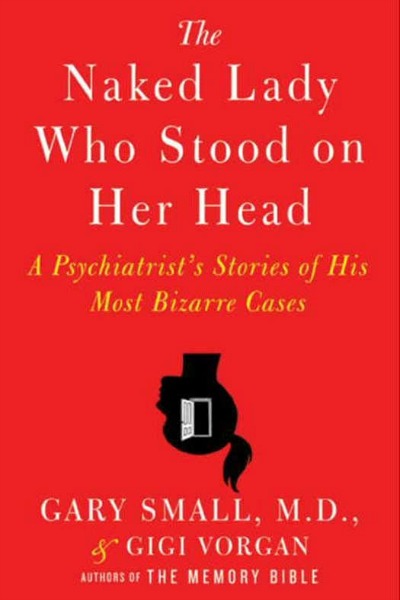 The case that stands out the most is “Sexy Stare.” I was just starting to do psychotherapy. I had a patient who seemed like an intelligent but neurotic and lonely housewife, whose husband traveled a lot for work. In therapy, we discussed her early childhood, but she seemed to get worse. She revealed that she was having one-night stands with strange men. At each session, her clothing got skimpier and she started coming on to me, saying I was the only man who really cared for her and that we had a “special secret” between us.

The next session she brought me an extravagant gift that I refused to accept. She got enraged and lunged at me, slapping me hard across the face. She accused me of raping her by staring into her eyes. I quickly realized she wasn’t neurotic, she was seriously psychotic. When she came back to therapy, I avoided stirring up the past and worked to shore up her self-esteem. Her seductive behavior calmed down and she became less anxious. The case taught me a lot about psychotherapy, how we can sometimes misread the extend and depth of someone’s psychological problems, and that psychotic people are living, working, and walking among us.

The Naked Lady Who Stood on Her Head: A Psychiatrist’s Stories of His Most Bizarre Cases

Best piece of advice for anybody wanting to become a psychotherapist?

The best psychotherapists are those who have come to grips with their own psychological issues so those personal struggles don’t interfere when they work with patients. In fact, the best psychotherapists are often those individuals who have had personal struggles that they have worked through and resolved. Often, those insights increase the therapist’s empathy and understanding of the patient’s struggles.

Most rewarding aspects of being a psychotherapist?

Helping others understand themselves and get beyond their conflicts is tremendously rewarding. It’s similar to the experience many parents have when they help their children learn about themselves, mature emotionally and become independent. Also, an effective therapist also has the opportunity to learn about himself and grow personally during the process.

Alzheimer's Prevention Program: Keep Your Brain Healthy for the Rest of Your Life


Go From Gary Small Q & A Back To The Home Page