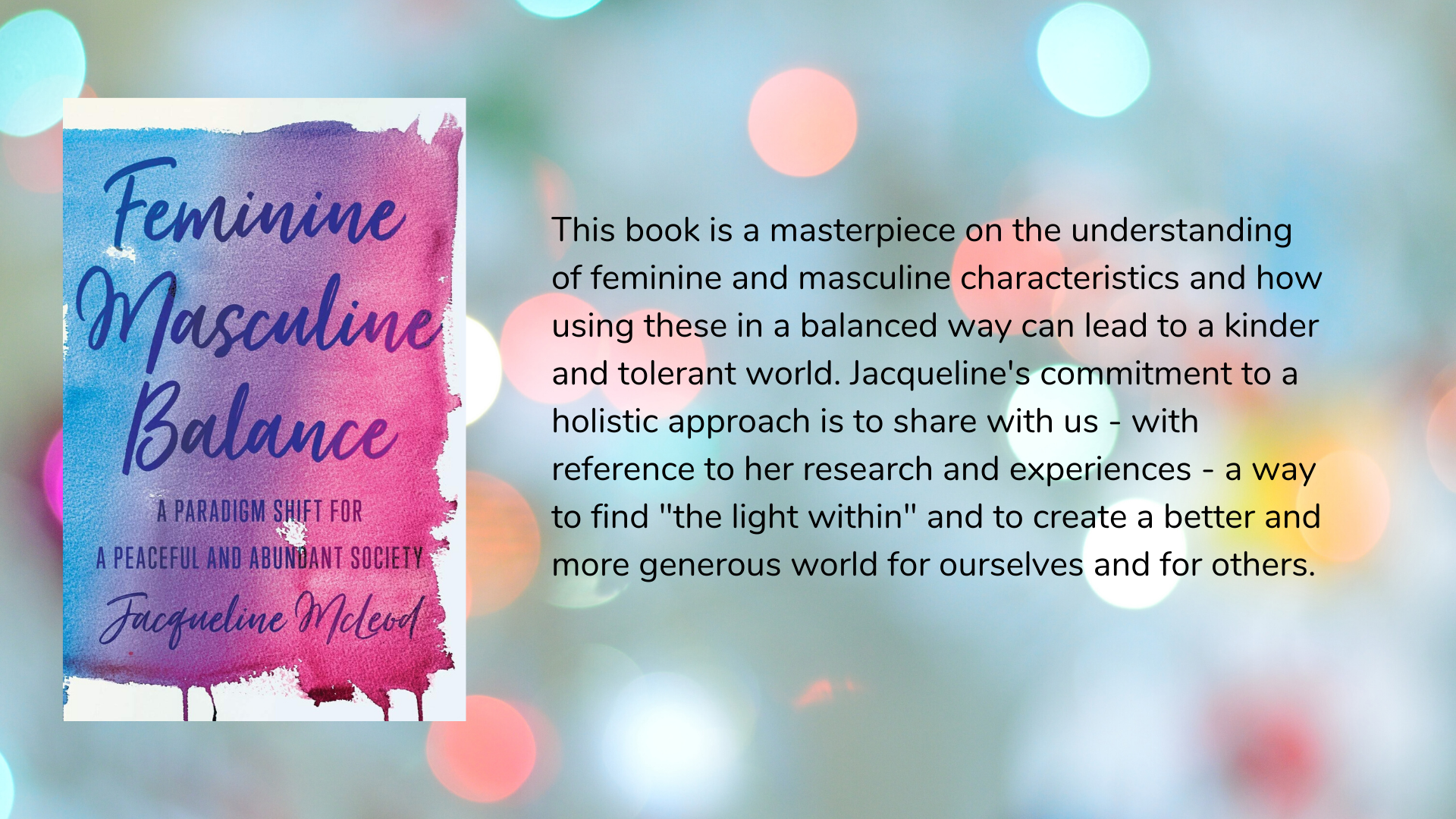 A Paradigm Shift For A Peaceful And Abundant Society

Violence. Poverty. Inequality. Toxic relationships are constant struggles in our masculine-dominated society, commonly known as the patriarchy. Have you noticed that we are experiencing a global outpouring for change, exposing some of the most insidious elements of the patriarchy to public examination? Groundswell movements like the Women's March, Black Lives Matter, #timesup and the Student Walk-Outs for gun control raise a universal call against violence and domination and are calling for real change which is possible. But first we need to understand the driving force behind all the turmoil in our world. Underneath the layers of misogyny, entitlement, and exploitation lies a profound imbalance between the value and expression of masculine qualities over the feminine.

In this inspirational guide, Jacqueline McLeod’s vision of a world in balance explains how masculine and feminine energies are unbalanced on a global scale. Competitiveness, rationality, and detachment while beneficial for all genders, grow dangerous when they dominate our value systems. Jacqueline believes and clearly demonstrates using a practical Feminine Masculine Balance table that women and men alike can open their eyes to a new way of being and become better versions of themselves by valuing and balancing their feminine energies with their masculine energies.

"Jacqueline has been able to identify and articulate the need for masculine and feminine balance on an individual and societal level. By focusing on the impact of imbalance and the historical dominance of masculine traits, Jacqueline has been able to eloquently and cohesively put forward a process for how this could occur. This process, to date, has been elusive and Jacqueline presents it brilliantly. The paradigm shift in this book is a pathway to a more peaceful, progressive and nourished society." (Meg Debski, Psychologist and Relationship Therapist)

Jacqueline brings a wealth of world and life experience and a background as a health professional and clinician which complements her esoteric knowledge and intuitive skills. Jacqueline has had a lifelong passion for self-development which led her to the studies of tarot, astrology, spirituality, and “alternative” health.

Her life purpose is to assist in achieving a balanced society by empowering the feminine in both women and men. With an ongoing interest in painting and creativity. Jacqueline owns a studio and learning space overlooking a beautiful garden in Sandringham, Melbourne, Australia. Her greatest joys are her two adult children and three grandchildren.