Why Exhaustion is Not Unique
To Our Overstimulated Age 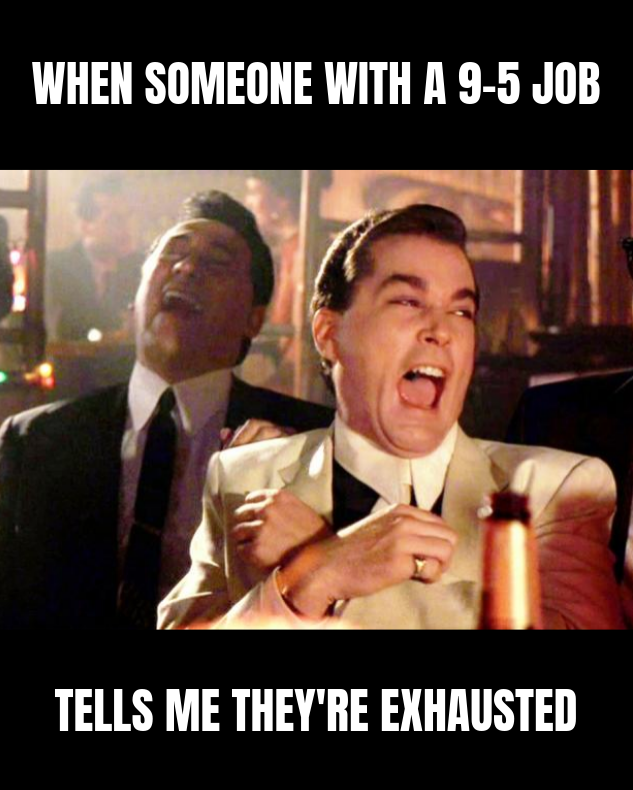 Is ours the most exhausting age ever? Many sociologists, psychologists and cultural critics argue that the rapid spread of exhaustion syndromes such as depression, stress and burnout are consequences of modernity and its challenges. The argument goes that human energy levels have basically remained static throughout history, while the cognitive, emotional and temporal demands on the modern subject have increased so sharply that a chronic deficit of inner resources ensues. The most frequently named ‘exhaustion generators’ are the social changes resulting from acceleration, new technologies and the transformation of manufacturing into service and finance economies. Email and mobile phones, for example, make workers perpetually reachable, eroding the boundary between work and leisure, therefore making it difficult for employees to ever switch off from their jobs. Add to this the intensified competition from globalised capitalism and the result is that, today, the worker rarely leaves work. No wonder everyone is exhausted.

Exhaustion is a ubiquitous and timeless experience (as I show in my book, Exhaustion: A History). Many ages have presented themselves as the most exhausted period in history. Over the centuries, medical, cultural, literary and biographical sources have cast exhaustion as a biochemical imbalance, a somatic ailment, a viral disease and a spiritual failing. It has been linked to loss, the alignment of the planets, a perverse desire for death, and social and economic disruption. Because exhaustion is simultaneously a physical, a mental and a wider cultural experience, theories about exhaustion can yield insights into how people in the past thought about the mind, the body and society.

Exhaustion theories often address questions of responsibility, agency and willpower. In some accounts, exhaustion is represented as a form of weakness and lack of willpower, or even as a grave spiritual failing manifest in a bad mental attitude. For instance, medieval theories centred around the notion of acedia and sin, while recent neoliberal theories blame individuals for the management of their physical and mental wellbeing.

Acedia literally denotes a ‘state of non-caring’, and has also been described as ‘weariness of the heart’. It primarily affected monks in late antiquity and the early medieval period, and was thought to be the result of a weak spiritual disposition and giving in to demonic temptations. The desert father John Cassian (360-435CE) writes that acedia makes the monk ‘lazy and sluggish about all manner of work’. Affected by ‘bodily weariness and longing for food [the monk] seems to himself worn out and wearied as if with a long journey, or some very heavy work, or as if he had put off taking food during a fast of two or three days’. He also starts to look about

‘anxiously this way and that, and sighs that none of the brethren come to see him, and often goes in and out of his cell, and frequently gazes up at the sun, as if it was too slow in setting, and so a kind of unreasonable confusion of mind takes possession of him like some foul darkness, and makes him idle and useless for every spiritual work, so that he imagines that no cure for so terrible an attack can be found in anything except visiting some of the brethren, or in the solace of sleep alone’.

Cassian describes the physical symptoms of acedia in terms of what we would now call post-exertion malaise, a bodily fatigue that is as intense as that experienced after prolonged fasting, hard labour or extended walking. He also describes restlessness, lethargy, irritability, drowsiness and unproductive replacement activities – behaviours that feature on many exhaustion-theorists’ lists throughout history.

Others believe in the organic causes of exhaustion. In Greek antiquity, a surplus of black bile that wreaks havoc with the bodily humoral economy was blamed. In the 19th century, it was a lack of nerve-power, and in the 20th and 21st centuries, a cognitive system chronically overstrained by external stimuli and stressors. Also blamed is a weakening of the immune system by viral infections (a specific school of chronic fatigue syndrome researchers), or various forms of biochemical imbalance.

The 19th-century American physician George M Beard invented the neurasthenia diagnosis, a vaguely defined nervous exhaustion, and declared it to be a disease of civilisation, triggered by characteristics of the modern age, including ‘steam-power, the periodical press, the telegraph, the sciences, and the mental activity of women’. The causes of neurasthenia were firmly attributed to the outside world, to technological and social changes that drained the limited energy reserves of modern men and women. The modern environment, particularly the urban environment, was thought to generate too many stimuli, such that the senses were incessantly assaulted by noise, sights, speed and information. Beard feared that the sensitive nervous systems of the modern subject would be unable to cope with this sensory overload.

The theory was nothing new. A century before Beard, the Scottish physician George Cheyne (1671-1743) already theorised the ‘English Malady’, manifest in a ‘Lowness of Spirits, lethargick Dullness, Melancholy and Moping’, and which he blamed on the fast-growing wealth of the sea-faring English nation and the adverse consequences of immoderation, laziness and luxury lifestyles. Burnout theorists of the 21st century are still making similar arguments about the damaging effects of new communication technologies and the neoliberal workplace.

When exhaustion is considered organic, the exhausted individual might be understood either as an innocent victim afflicted by parasitical external agents or as having inherited bad genetic materials. Alternatively, they might be seen as partly responsible for their exhaustion by having engaged in energy-depleting behaviours, such as working too hard, eating the wrong food, worrying too much, not getting enough rest and sleep, or overindulging in sexual activities.

Unlike depression, burnout is thought to be caused strictly by external and, more specifically, work-related factors. The burned-out are, if anything, guilty only of having worked too hard, of having given more than they had. Burnout-related exhaustion can also be seen as a social form of depression, a systemic dysfunction that is directly related to the work environment and one’s position in it. The individual is not responsible for falling prey to the condition, but can be considered a victim of punishing working conditions.

Analysing the history of exhaustion, one can find historically specific theories of what causes exhaustion, as well as a tendency to look back nostalgically to a supposedly simpler time. However, the continual production of theories about the loss of human energy is also an expression of timeless anxieties about death, ageing and the dangers of waning engagement. Theorising about exhaustion, and proposing cures and therapeutics for its effects, is a tactic to counteract the awareness of our helplessness in the face of our mortality. It is, in other words, a terror-management strategy designed to hold at bay our most existential fears – fears that are in no way peculiar to today.