Why Innocent People Confess
and Why We Believe Their Confessions 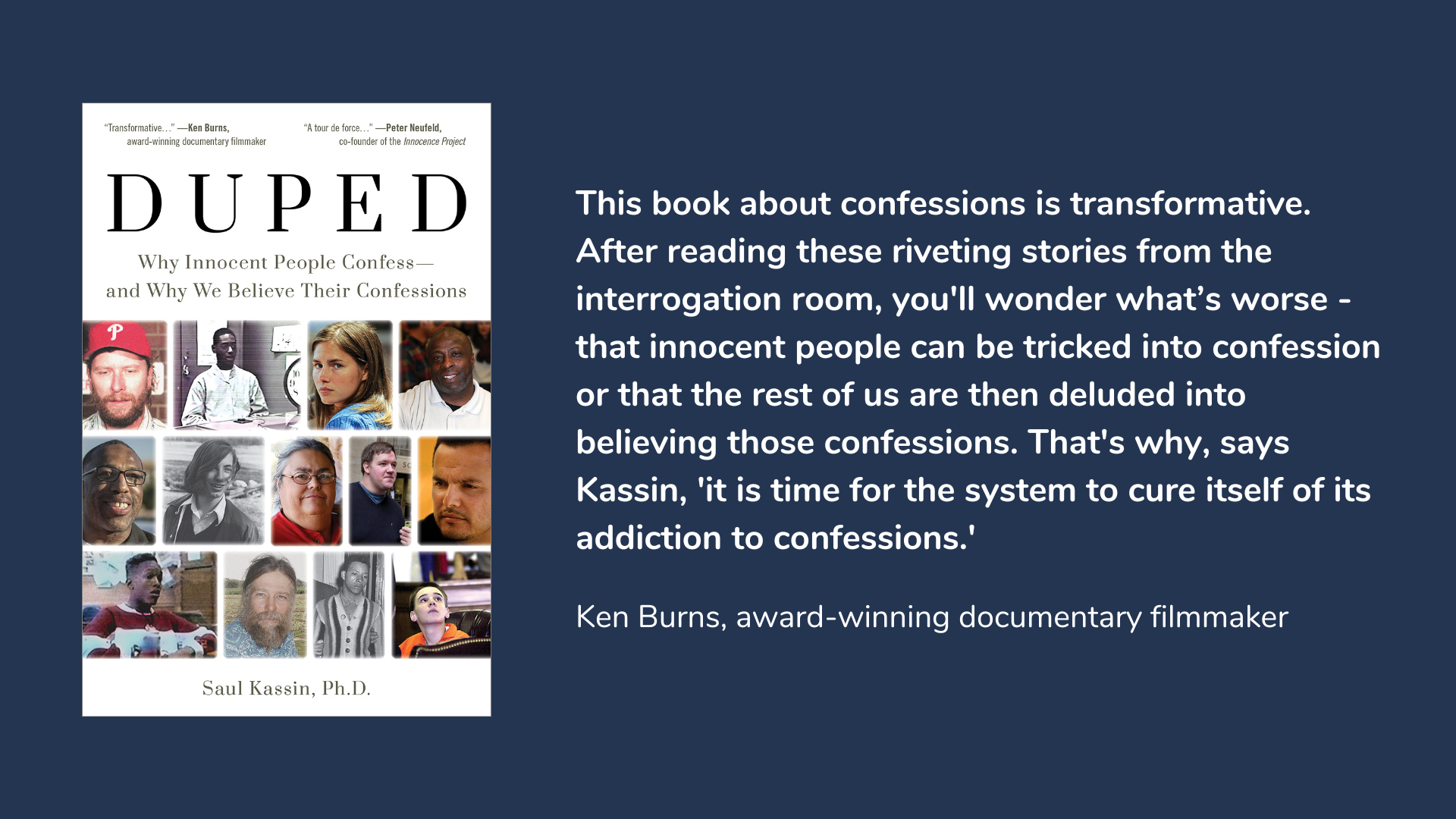 Why do people confess to crimes they did not commit? And, surely, those cases must be rare? In fact, it happens all the time—in police stations, workplaces, public schools, and the military. Psychologist Saul Kassin, the world’s leading expert on false confessions, explains how interrogators trick innocent people into confessing, and then how the criminal justice system deludes us into believing these confessions.

Duped reveals how innocent men, women, and children, intensely stressed and befuddled by lawful weapons of psychological interrogation, are induced into confession, no matter how horrific the crime. By featuring riveting case studies, highly original research, work by the Innocence Project, and quotes from real-life exonerees, Kassin tells the story of how false confessions happen, and how they corrupt forensics, witnesses, and other evidence, force guilty pleas, and follow defendants for their entire lives— even after they are exonerated by DNA.

Starting in the 1980’s, Dr. Kassin pioneered the scientific study of interrogations and confessions. Since then, he has been on the forefront of research and advocacy for those wrongfully convicted by police-induced false confessions. Examining famous cases like the Central Park jogger case and Amanda Knox case, as well as stories of ordinary innocent people trapped into confession, Dr. Kassin exposes just how widespread this problem is. Concluding with actionable solutions and proposals for legislative reform, Duped shows why the stigma of confession persists and how we can reform the criminal justice system to make it stop.


"As you read this blurb, you know you would never confess to a crime you didn’t commit. Read this compelling study and you’ll change your mind. Dr. Kassin lays bare the dirty tricks used by police to make innocents confess. And he describes, convincingly, what should be done to stop them."

"The scariest moment of my life was in the interrogation room, where I was coerced into signing false statements that implicated me in the murder of my friend. For years, I thought that no one would understand, then Saul Kassin showed me his research. What happened to me that night has happened to so many others. And it could happen to you. Duped is not only necessary for criminal justice reform, it is a stunning view into the fragility of the human mind."

– Amanda Knox, exoneree, activist, and author of Waiting to Be Heard

"A tour de force for what is wrong with criminal justice and how to fix it. False confessions are one of the most pernicious phenomena in our criminal legal system. Duped, with Kassin’s unique clarity, impeccable logic, and great story telling, explains just how easy it is to be pressured to admit to a crime we did not commit. For the last four decades, Kassin has been America’s leading researcher and thinker in the field. With this book, he provides the reasoning and tools to protect you, your loved ones, and us all from being trapped despite innocence."


Duped is available to buy from your favorite bookseller and online internationally in print, kindle & audio versions from Amazon. 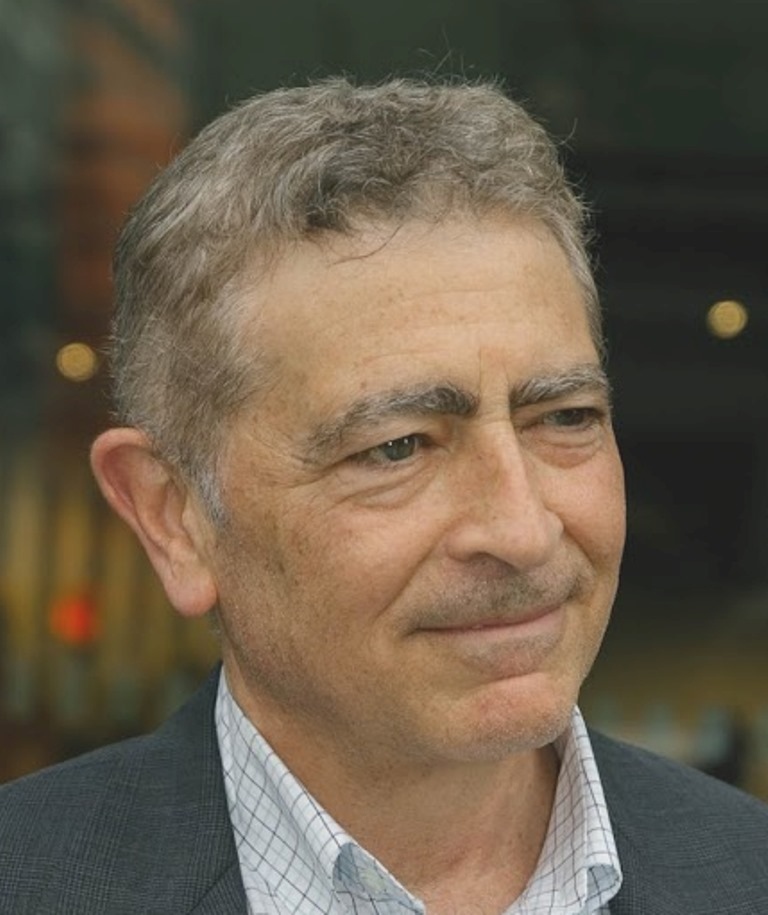 Saul Kassin is Distinguished Professor of Psychology at John Jay College of Criminal Justice and Massachusetts Professor Emeritus at Williams College. For pioneering the scientific study of false confessions, Kassin has received prestigious lifetime contribution awards from the American Psychological Association (APA), the Association for Psychological Science (APS), the American Psychology-Law Society (AP-LS), and the European Association of Psychology and Law (EAPL). Along with hundreds of articles, Kassin has authored several textbooks and scholarly books. His work has been featured on the Oprah Winfrey Show, in Science magazine, and in Ken Burns’ 2012 film, The Central Park Five, and elsewhere.

You can learn more about the groundbreaking work of Saul Kassin by visiting his website: saulkassin.org

Know Someone Who Would Love To Read Duped?