It Can Be A Sign Of Something Much Darker 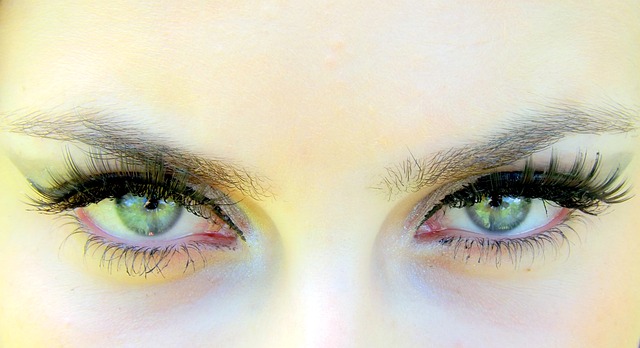 We usually interpret someone looking us straight in the eye during an interaction as a sign of trustworthiness. In fact it can be rather unsettling when someone avoids eye contact. This is at least the case in the Western world, where we use eye contact as a marker of honesty and straightforwardness – taking it as a positive attribute, particularly in those we do business with.


But research is increasingly challenging this standard view. Our study, published in the European Journal of Social Psychology, shows quite the opposite: in a competitive environment where a negotiation is taking place, looking at another person directly in the eye can be a sign of competition and malevolence, rather than benevolence.


Across three experiments, we found that looking someone directly in the eye predicted competitive behaviour – and even deceit. In the first experiment, we used an eye tracker to follow 75 people’s retinas while they had to split money with another person. We found that looking at their opponent directly in the eye predicted making a lower first offer toward that person.


Perhaps most interestingly, we also combed through the data of 99 episodes of Golden Balls, a UK game show that ran from 2007-9. The show is structured to allow two players to make it to a final round – accumulating a jackpot along the way. In this final round, the players must decide what to do with this valuable pot of money. In front of each player are two balls, one marked “steal” and the other marked “split”.


The two players engage in a dialogue about which ball they will choose. If both players choose to “split”, they get to split the jackpot. And if both players choose “steal”, neither gets anything. But if Player A chooses “split” and Player B chooses “steal”, Player A gets nothing and Player B gets the entire jackpot (or vice versa). That means each player’s goal is to convince the other to choose the “split” ball, with almost all players signalling to their opponent that this is the choice they will make.

We watched and coded all the videotapes for the amount of direct eye contact that each player gave to another during this final conversation and then examined if this number could predict players’ ball choice. In fact it did – but in the opposite direction than most would think. Greater eye contact was linked to a player being more likely to choose the steal rather than the split ball – even when they explicitly stated otherwise.


While folk wisdom tells us eye contact is a sign of honesty and trustworthiness, these findings were not a surprise to my research team and me. Animals have direct eye contact not before engaging in benevolent behaviours, but rather immediately before an attack – eye contact is a sign of challenge and threat from another. We humans seem to be carrying on this tradition by (subconsciously) looking our opponent directly in the eye before we “attack”.


What does this mean for the work place? In a competitive business environment, when taking part in negotiations or a business deal for example, be aware that people who look you directly in the eye may not be as friendly as you think. And if you want to come across as honest and trustworthy – especially in more international settings – direct eye contact may indicate the opposite. In many Asian cultures, for example, looking a person of higher status in the eye is a sign of disrespect, while looking away signals deference.


All our experiments took place in a competitive environment – negotiations or a high-stakes game show – and must be understood within this context. This means they most likely don’t apply to social environments, such as spending time with friends, family or loved ones. In these cases, direct eye contact, often referred to as a “gaze”, can still be a sign of intimacy and benevolence.