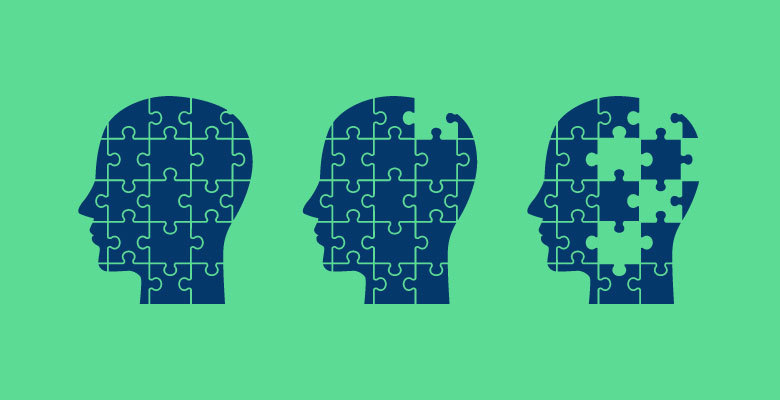 The following article was originally published by Alvernia University


Dementia, a progressive disease marked by a decline in cognitive function, progresses in three main stages: mild to moderate to severe. Within the three-stage model is a more comprehensive seven-stage model created by New York University professor and emeritus director of the Alzheimer Disease Center clinical core, Dr. Barry Reisberg. The latter model, which better corresponds with the symptoms of Alzheimer’s Disease, is called the Global Deterioration Scale (GDS). The GDS begins with no visible symptoms of dementia, progressing to severe cognitive decline.

In this article, we’ll examine how dementia progresses through each stage of both models, as well as discuss some symptoms that may be associated with those stages.


The GDS begins prior to a dementia diagnosis because in stages one through three, people could mistake the onset of dementia to be part of the aging process. It’s common to misplace car keys or forget a famous person’s name, and on their own, those symptoms aren’t necessarily a sign of dementia. By stage four on the GDS, though, a clinical interview by a doctor or psychologist could detect a “clear cut deficit” in cognitive decline, enabling licensed medical staff to make a diagnosis.


Once an individual has progressed to the middle stage of the disease, symptoms are more apparent. By stage five on the GDS, dementia patients are unable to live independently. Those diagnosed could begin to forget major memories from when they were younger, including prominent events or close family members. In addition, they may struggle to select the correct clothes for the current weather or season. Dementia patients could also be more likely to wander or get lost.

According to the Alzheimer Association, the middle stage of that Alzheimer’s disease is often the longest, potentially lasting for years.


As the disease progresses, people with dementia will struggle even more with once-basic cognitive functions. By stage six of the GDS, dementia patients will likely experience not only changes in their mental and emotional capacity but also physical changes as their motor functions and mobility begin to decline. Communication becomes more difficult, and patients experience the world mainly through the basic senses of the body as opposed to through mental processes and recall. Those in the final stages of dementia will often need help eating and using the restroom, and the Alzheimer Association notes that caregivers will be required for 24-hour care.

If someone you know is showing signs of dementia like the ones mentioned above, they should talk to their doctor for more information.

There are many tips and resources available to those caring for people with dementia. The AARP recommends caregivers protect those who have been diagnosed by de-cluttering spaces and removing locks to some rooms, such as the bathroom, to ensure a person can’t get locked inside.

According to the National Institute of Aging, scientists have yet to pinpoint an exact cause of dementia and have determined it can be influenced by various factors such as genetics and environment.

As research continues, many have focused on ways to maintain a healthy mind. The Mayo Clinic recommends regular brain exercises to keep neurological connections strong. These activities include:


Support Those With Dementia

Alvernia University offers an online Bachelor of Arts in Behavioral Health. Balance education and a busy life through Alvernia University’s flexible online programs. Develop skills needed to succeed as a professional and learn from knowledgeable faculty in small class sizes.