Darwin's Psychology: The Theatre of Agency 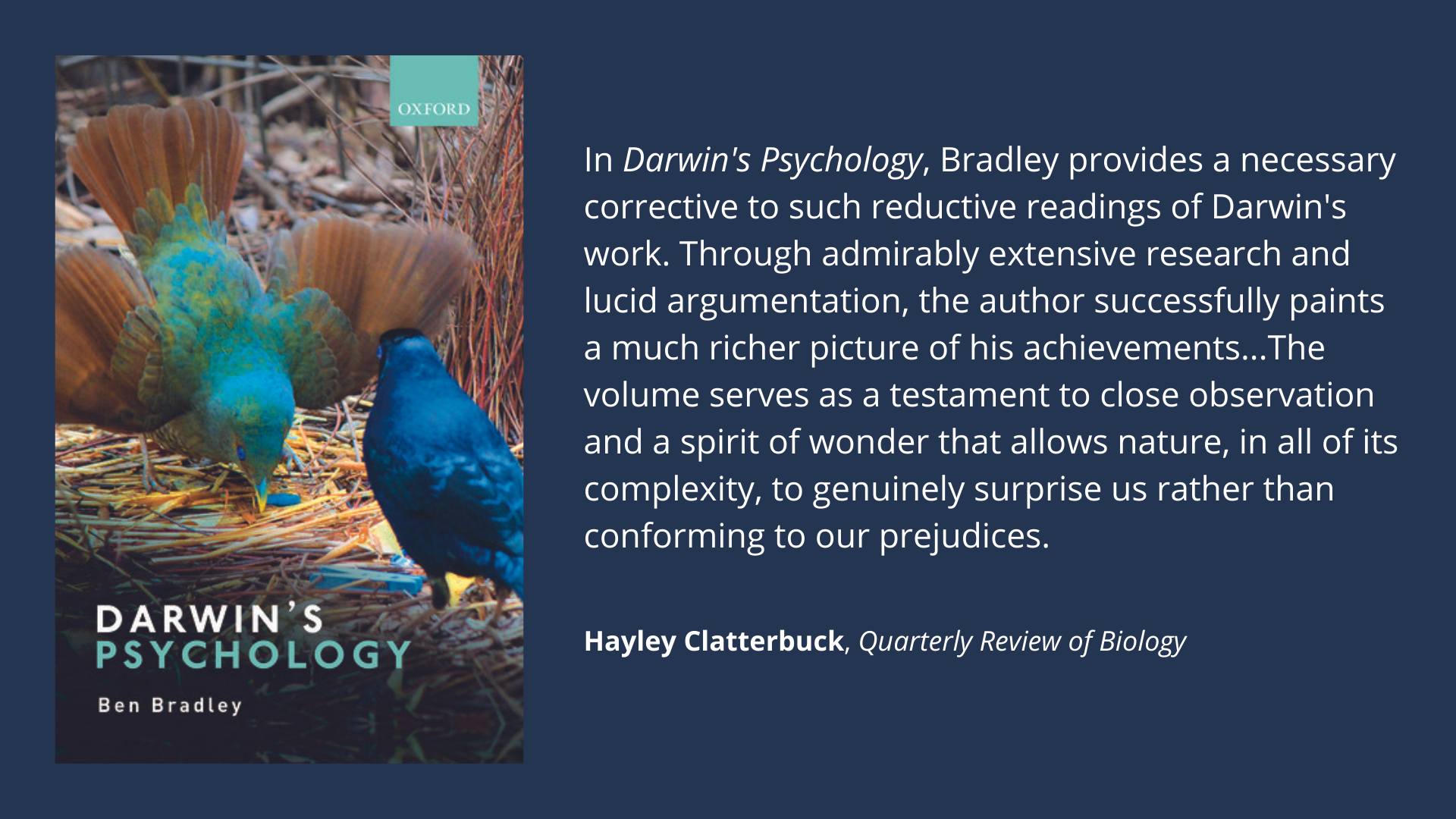 Darwin’s Psychology demonstrates how today’s neo-Darwinian portrait of Darwin almost entirely eclipses his relevance to twenty-first century evolutionary science. Rather than supposedly portraying organisms as ‘passive objects,’ moulded by the ‘external force’ of natural selection, Darwin viewed organisms as purposive agents who actively adapt to their habitats. In this way he explained both adaptive radiation (‘divergence’) and the influence of ‘transitional habits’ on the evolution of growth and form.

Darwin did not represent natural selection as a causal force, but as a law like the law of gravity, subsuming certain ‘sequences of event as ascertained by us’ (e.g. inheritance; the production of individual differences; over-production of the young; differential reproductive success; competition and ‘mutual aid’ within and between species). The causal processes producing these sequences included, for Darwin, the transmission and development of heritable particles; the often-agentic genesis of individual differences; transitional habits; correlated growth; direct effects of the environment; the inheritance of the effects of acquired habits; competition for resources; social cooperation; social cohesion; and sexual rivalry and competition for mates.

As The Origin of Species repeatedly stresses, the actions and reactions produced by the agency of organisms build up an infinitely complex ‘web of relations,’ both between different species, and within the same species (in the case of ‘social animals’). Such agentive interdependency is fundamental to Darwin’s take on both natural selection and psychological topics – in particular, the interpretation of facial expressions, the genesis of language and conscience, the divergence of cultures and races, and sexual display. Thus, while Darwin held human facial expressions to be produced as purposeless side-effects of other actions, their psychological significance derived from their recognition as meaningful by others. Blushing, conscience, sexual coquetry, and the specificities of culture all rely on the rebounding of this process of reading others: e.g. I blush because of what I think you are thinking about me.

In short, Darwin trail-blazed a complex and sophisticated evolutionary psychology that gives primacy to the agency of organisms, rather than lotteries of inheritance and environmental change. Thus, in contrast to eugenicists and today’s ‘evolutionary’ psychologies, Darwin denies that most types of human action can be explained in evolutionary terms, because, as he put it, in complex societies, human progress ‘depends in a subordinate degree on natural selection.’

Darwin's Psychology: The Theatre of Agency is available to buy from your local bookseller and online internationally from Amazon.

Ben Bradley is Professor Emeritus in the School of Psychology at Charles Sturt University, NSW, Australia. He has worked at the intersection of biology with the human sciences since the 1970s. His pioneering collaborative research on infancy shows that young infants participate in all-baby groups – communicating with and responding to more than one other baby at once – from before the time at which they establish their first attachment. A parallel strand of research concerns Darwin’s writings, leading to publications on the literary structure of Darwin's On the Origin of Species (1859), and a film 'Darwin's Babies' which received its world premiere at 'Darwin 2009: A Celebration of the bicentenary of Darwin's Birth' in Cambridge, UK.

You can learn more about the ground-breaking work of Professor Ben Bradley via the website thethirdwayofevolution.com and you can connect with him online via LinkedIn.

Know Someone Who Would Be Interested In Reading Darwin's Psychology: The Theatre of Agency?