Dark Empaths: How Dangerous Are
Psychopaths and Narcissists With Empathy? 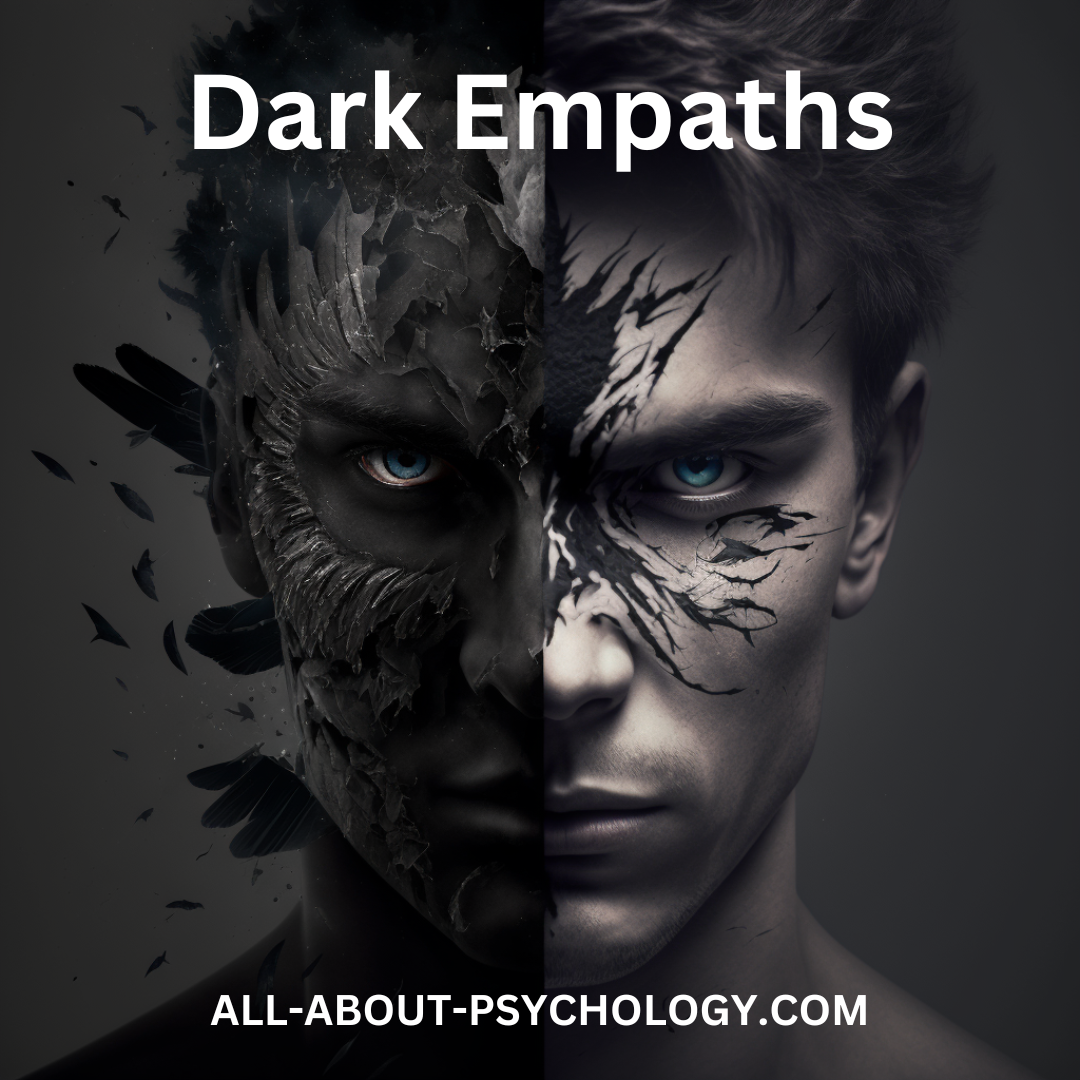 People with “dark personality traits”, such as psychopathy or narcissism, are more likely to be callous, disagreeable and antagonistic in their nature. Such traits exist on a continuum – we all have more or less of them, and this does not necessarily equate to being clinically diagnosed with a personality disorder.


Traditionally, people who are high in dark traits are considered to have empathy deficits, potentially making them more dangerous and aggressive than the rest of us. But we recently discovered something that challenges this idea. Our study, published in Personality and Individual Differences, identified a group of individuals with dark traits who report above-average empathic capacities – we call them “dark empaths”.


Since this study, the dark empath has earned a reputation as the most dangerous personality profile. But is this really the case?


Dark personality traits include psychopathy, machiavellianism and narcissism, collectively called the “dark triad”. More recently, it has been suggested that sadism be added, culminating in a “dark tetrad”.


Psychopathy is characterised by a superficial charm and callousness. People high in such traits often show an erratic lifestyle and antisocial behaviour. Machiavellianism derives from the writings of Niccolò Machiavelli, a Renaissance author, historian and philosopher. He described power games involving deception, treachery and crime. Thus, machiavellianism refers to an exploitative, cynical and manipulative nature. Narcissism is characterised by an exaggerated sense of entitlement, superiority and grandiose thinking, while sadism denotes a drive to inflict and enjoy pain in others.


The dark traits, particularly psychopathy and machiavellianism, have been consistently associated with aggressive and anti-social behaviour.


Empathy can refer to the capacity to share feelings, namely “affective empathy” (if you are sad, I also feel sad). But it can also be the ability to understand other people’s minds, dubbed “cognitive empathy” (I know what you think and why you are feeling sad).


For example, the lack of (specifically affective) empathy is a well documented hallmark in clinical psychopathy used to explain their often persistent, instrumental violent behaviour. Our own work supports the notion that one of the reasons people with dark traits hurt other people or have difficulties in relationships is an underpinning lack of empathy.


Paradoxically, however, some researchers have previously reported average or even higher levels of some aspects of empathy in some people with dark traits.


This makes sense in a way, as to manipulate others for your own gain – or indeed enjoy the pain of others – you must have at least some capacity to understand them. Thus, we questioned whether dark traits and empathy were indeed mutually exclusive phenomena.


We asked almost 1,000 people to complete assessments, based on questionnaires, on the dark triad and empathy. We then used a method called latent profile analysis that allows you to establish clusters of people with different profiles of certain trait combinations.


We then characterised these groups based on measures of aggression, general personality, psychological vulnerability and wellbeing. The dark empaths were not as aggressive as the traditional dark triad group – suggesting the latter are likely more dangerous. Nevertheless, the dark empaths were more aggressive than typicals and empaths, at least on a measure of indirect aggression - that is, hurting or manipulating people through social exclusion, malicious humour and guilt-induction. Thus, although the presence of empathy was limiting their level of aggression, it was not eliminating it completely.


In line with this notion, empaths were the most “agreeable” (a personality trait showing how nice or friendly you are), followed by typicals, then dark empaths, and last dark triads. Interestingly, dark empaths were more extroverted than the rest, a trait reflecting the tendency to be sociable, lively and active. Thus, the presence of empathy appears to encourage an enjoyment of being or interacting with people. But it may potentially also be motivated by a desire to dominate them.


Moreover, dark empaths were a little higher in neuroticism, a type of negative thinking, but did not score higher on depression, anxiety or stress. Instead, their neuroticism may reflect sub-traits such as anger, hostility or self-doubt. Indeed, the dark empaths reported judging themselves more harshly than those with dark triad personalities. So it seems they may have a conscience, perhaps even disliking their dark side. Alternatively, their negative emotions may be a response to their self-loathing.


Though the aggression reported by the dark empaths was not as high as the traditional dark triad group, the danger of this personality profile is that their empathy, and likely resulting social skills, make their darkness harder to spot. We believe that dark empaths have the capacity to be callous and ruthless, but are able to limit such aggression.

We are continuing our quest to find out more about the characteristics of the dark empaths in relation to other psychological outcomes. For example, we are interested in their risk taking, impulsivity or physically aggressive behaviour. We also want to understand how they process emotions or facial expressions, or how they perceive and react to threats.


We are currently replicating and extending some of our findings using the dark tetrad instead. Our results are yet to be published, but indicate there are two further profiles in addition to the four groups we’ve already identified. One is an “emotionally internalised group”, with high levels of affective empathy and average cognitive empathy, without elevated dark traits. The other shows a pattern similar to autistic traits – particularly, low cognitive empathy and average affective empathy in the absence of elevated dark traits.


We are hoping this research may be able to shift our understanding of empathy in the context of the dark traits.


The Psychopath: Separating Fact From Fiction


Mention the word psychopath and I think it's fair to say that most people think of serial killers both fictional and real. As with criminal profiling, this is a topic area within forensic psychology where it is often difficult to separate fact from fiction. If you would like to learn all about psychopaths, you can access quality information and resources on the subject via the following link.

Know someone who would Love To Read Dark Empaths: How Dangerous Are Psychopaths and Narcissists With Empathy?

Go From Dark Empaths Back To The Home Page