(The Case of Little Albert)


John B. Watson and Rosalie Rayner 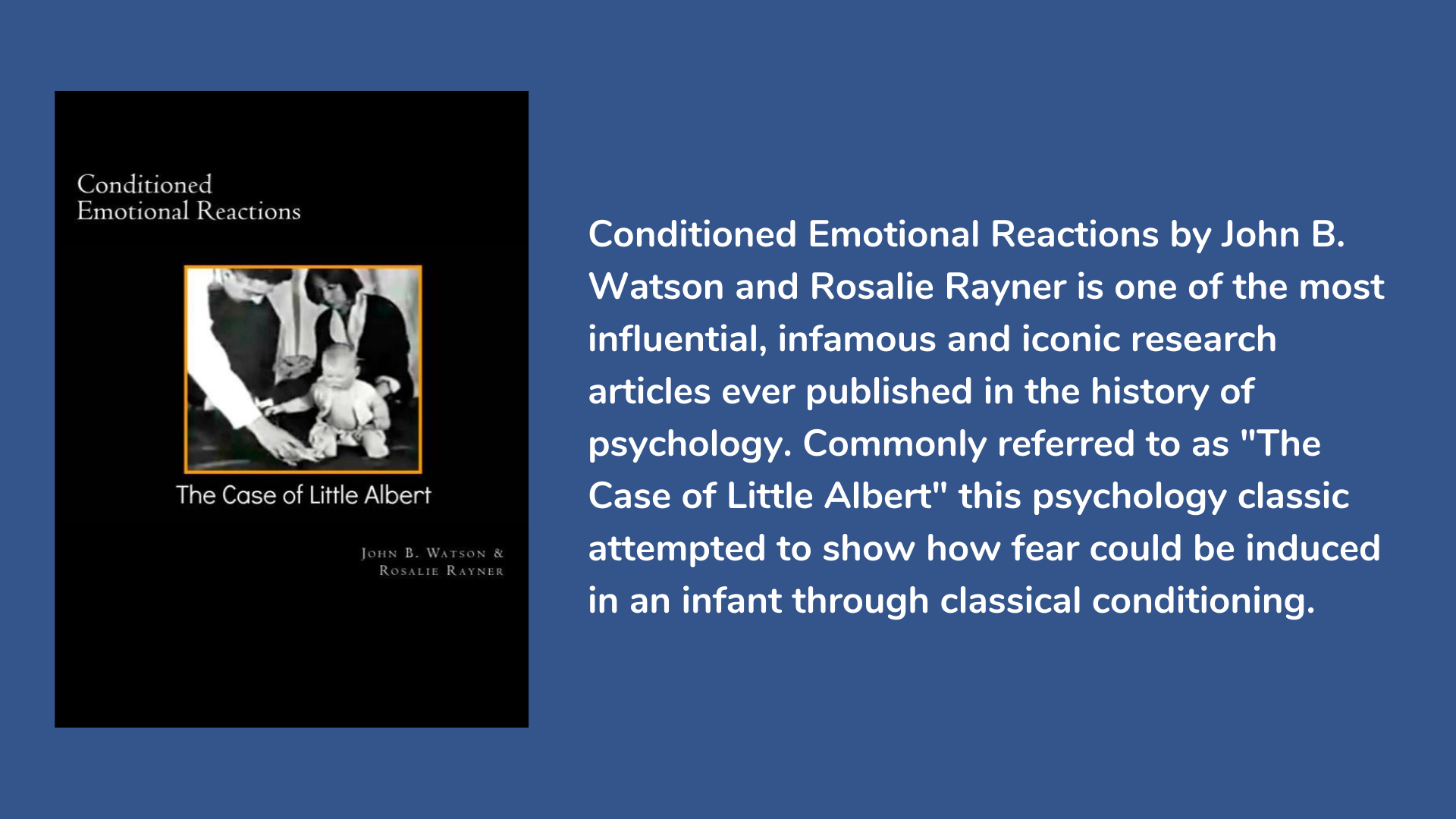 Originally published in 1920, Conditioned Emotional Reactions remains among the most frequently cited journal articles in introductory psychology courses and textbooks.

A psychology classic is by definition a must read. However, most seminal texts within the discipline remain unread by a majority of psychology students. A detailed, well written description of a classic study is fine to a point, but there is absolutely no substitute for understanding and engaging with the issues under review than by reading the authors unabridged ideas, thoughts and findings in their entirety.

One of the most dramatic aspects of Watson and Rayner's original study was that they had planned to test a number of methods by which they could remove Little Albert's conditioned fear responses. However, as Watson noted "Unfortunately Albert was taken from the hospital the day the above tests were made. Hence the opportunity of building up an experimental technique by means of which we could remove the conditioned emotional responses was denied us."

This unforeseen turn of events was something that obviously stayed with Watson, as under his guidance some three years later, Mary Cover Jones conducted a follow-up study - A Laboratory Study of Fear: The Case of Peter - which illustrated how fear may be removed under laboratory conditions. This additional and highly relevant article is also presented in full.

Conditioned Emotional Reactions: The Case of Little Albert forms part of an initiative by the website www.all-about-psychology.com to make important, insightful and engaging psychology publications widely available. Sales help support the website which has been providing free and comprehensive information and resources for students and educators since 2008.


All About Psychology has its own Amazon store, which includes a collection of the most important and influential journal articles ever published in the history of psychology, which you can access via the following link.